Hydrogen is touted as the future fuel of the EU, and the green hydrogen industry hopes to deliver carbon-neutral energy that will power airplanes, domestic heating and much more. In Germany’s second-largest city of Hamburg, research into hydrogen is in full swing as the region hopes to set up a fully-operating hydrogen industry by 2035.

Green hydrogen is an environmentally-friendly energy carrier that could replace oil and gas in the future. Those successful in this field can benefit in the long term – when it comes to the decarbonisation of the economy, competitiveness and structural change, but also with regard to climate protection. In Northern Germany, the aim is to create a green hydrogen economy by 2035. 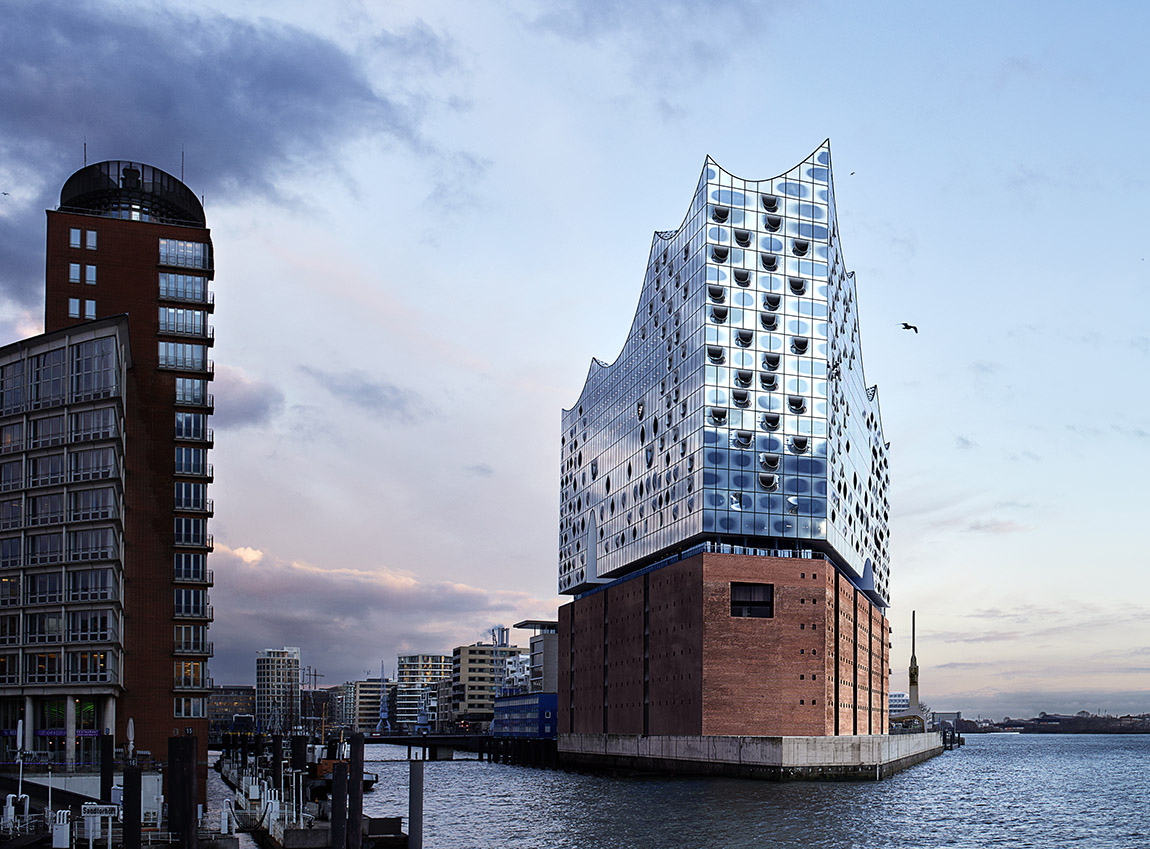 Northern Germany is home to a high density of excellent research and science facilities. At present, within a radius of about 200 kilometres, scientists are active at two dozen universities and universities of applied sciences, over 20 Fraunhofer Institutes, Helmholtz centres, energy research networks, and the DLR (German Aerospace Center). Several hundred companies are already involved in the North German hydrogen strategy: global players such as Siemens, Shell, Total, ArcelorMittal, Aurubis, Alstom, Continental, Salzgitter AG, Linde, VW, Bosch, MAN and EWE, for example, as well as innovative start-ups and specialists such as GP Joule, HYPION or APEX Energy. All these factors contribute to turning Northern Germany into a highly qualified region perfectly suited to develop a dynamic hydrogen economy while at the same time contributing to the achievement of climate protection goals. 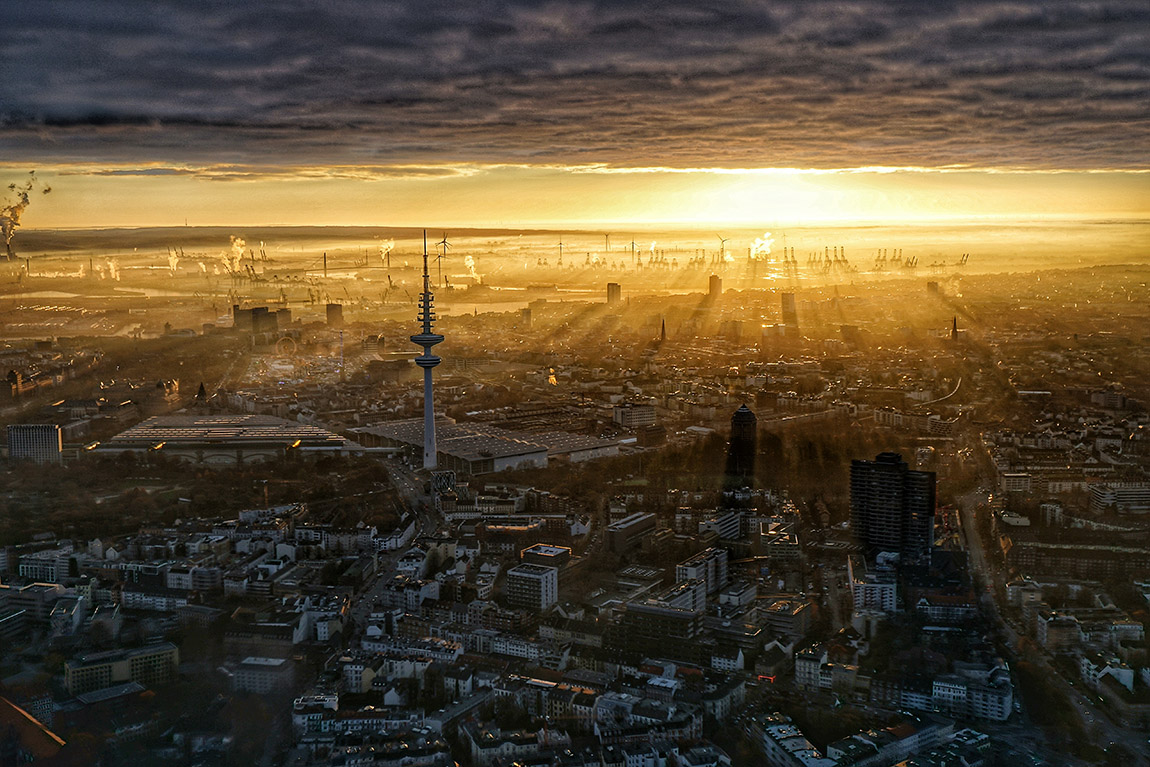 “We in Northern Germany have been working intensively to build the hydrogen economy of the future. By extending this key technology based on renewable sources, we can drive the decarbonisation of the industry in Hamburg forward while at the same time reinforcing our role as Europe’s leading business and innovation location. Already today, we are developing value creation and business models for a decarbonised industry. In the future, the Port of Hamburg is intended to become Europe’s logistics hub for green hydrogen, from which user industries and the energy sector will jointly benefit. We are pleased to tackle the locational marketing together with the North German Hydrogen Alliance HY-5, thus further expanding our cooperation in this field,” says Michael Westhagemann, senator for Economics and Innovation, Free Hanseatic City of Hamburg.

A recent OECD study confirms that Northern Germany is particularly suited for the development and establishment of a green hydrogen economy. The region has unique locational advantages for the production of renewable energies and a large demand potential for green hydrogen – especially from the industrial companies located in the area.

In order to implement the North German hydrogen strategy, Bremen, Hamburg, Mecklenburg-Vorpommern, Niedersachsen and Schleswig-Holstein have formed a Green Hydrogen Initiative to promote the economic development of green hydrogen. The new HY-5 initiative aims to turn Northern Germany into the strongest emerging region for green hydrogen in the heart of Europe and to complete the value chain for green hydrogen. Together, the federal states want to create synergies for locational marketing and communications to establish Northern Germany as a hotspot on the European hydrogen map. 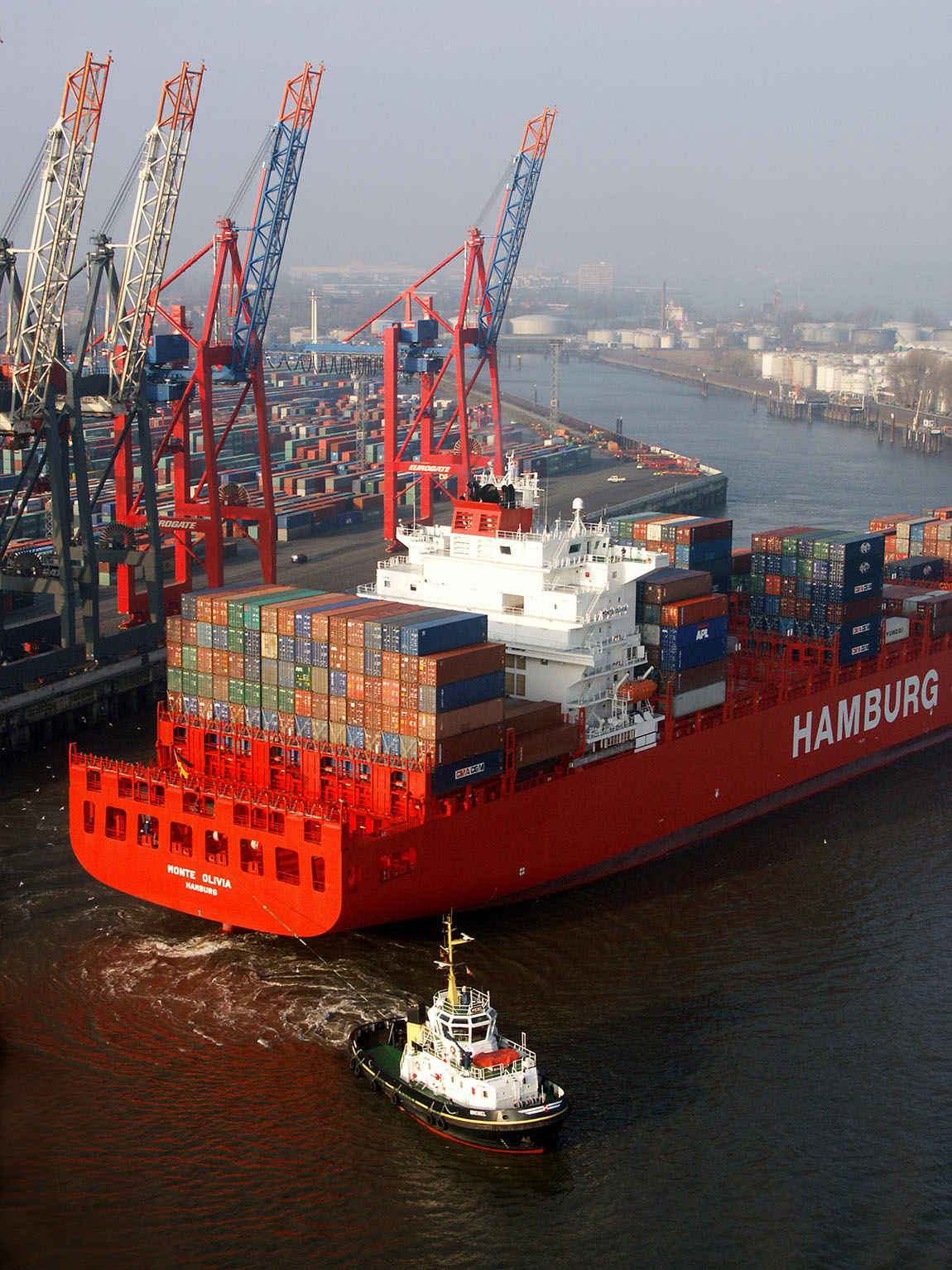 The five federal states bring a maximum of experience and know-how in the field of sustainable technologies and energies, as well as a high-performance infrastructure to the table. They are trailblazers in wind energy in Germany and have played a major role in shaping technical progress in this field. The expertise gained in the process will now be channeled into the production and commercial use of green hydrogen in collaboration with partners from industry, science, associations and politics. For 30 years, research on hydrogen technologies has been conducted in the region, and initiatives at state level have long established key networks that drive the topic on an economic, scientific and political level.

In six regulatory sandboxes funded by the German government, companies, research institutes, universities and start-ups are working on future-orientated hydrogen projects that encompass topics such as the decarbonisation of the industry, sector coupling, or electrolysis. In addition, the northern German states are well-positioned in terms of infrastructure. Locational benefits include more than a dozen seaports with logistics and import terminals which plan to expand their capacities for importing hydrogen. 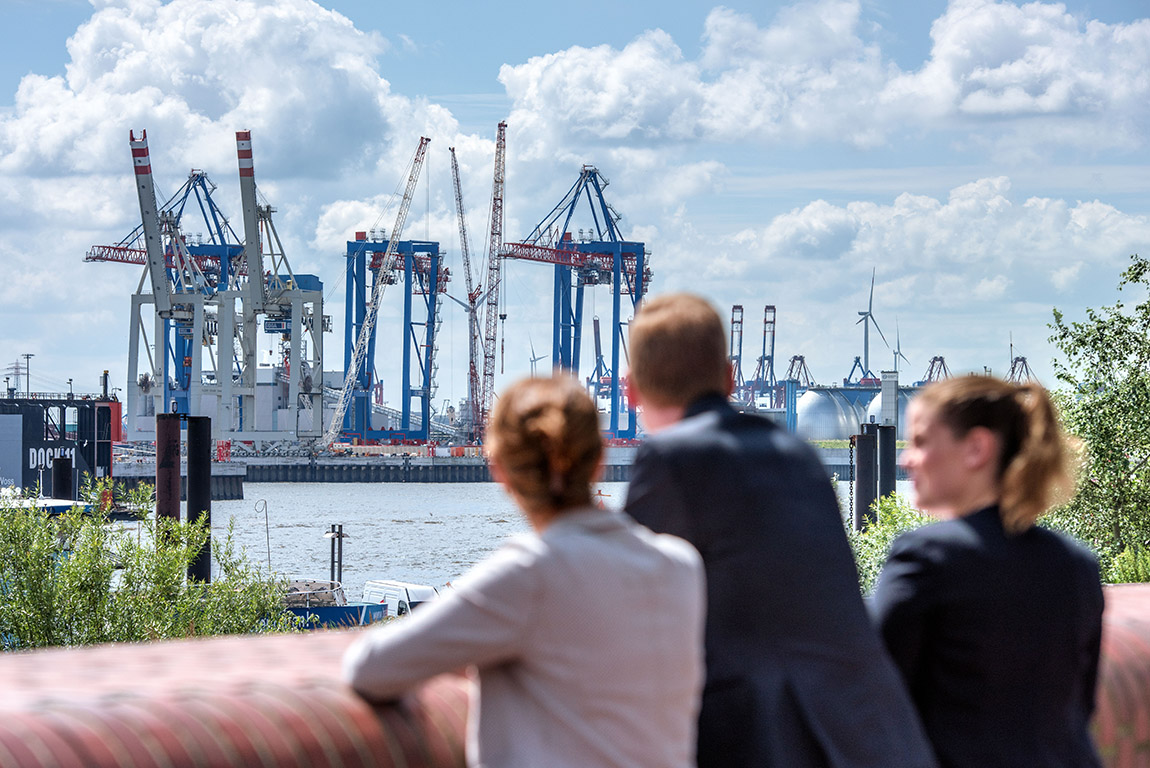 The particularly suitable locational advantages for the development of a green hydrogen economy contribute to the ambitious objectives of the federal states. The region, equal in size to Denmark and the Netherlands combined, is home to 15 million people who generate a gross domestic product (GDP) of more than 600 million euros, which would put it in seventh place in the EU country ranking. 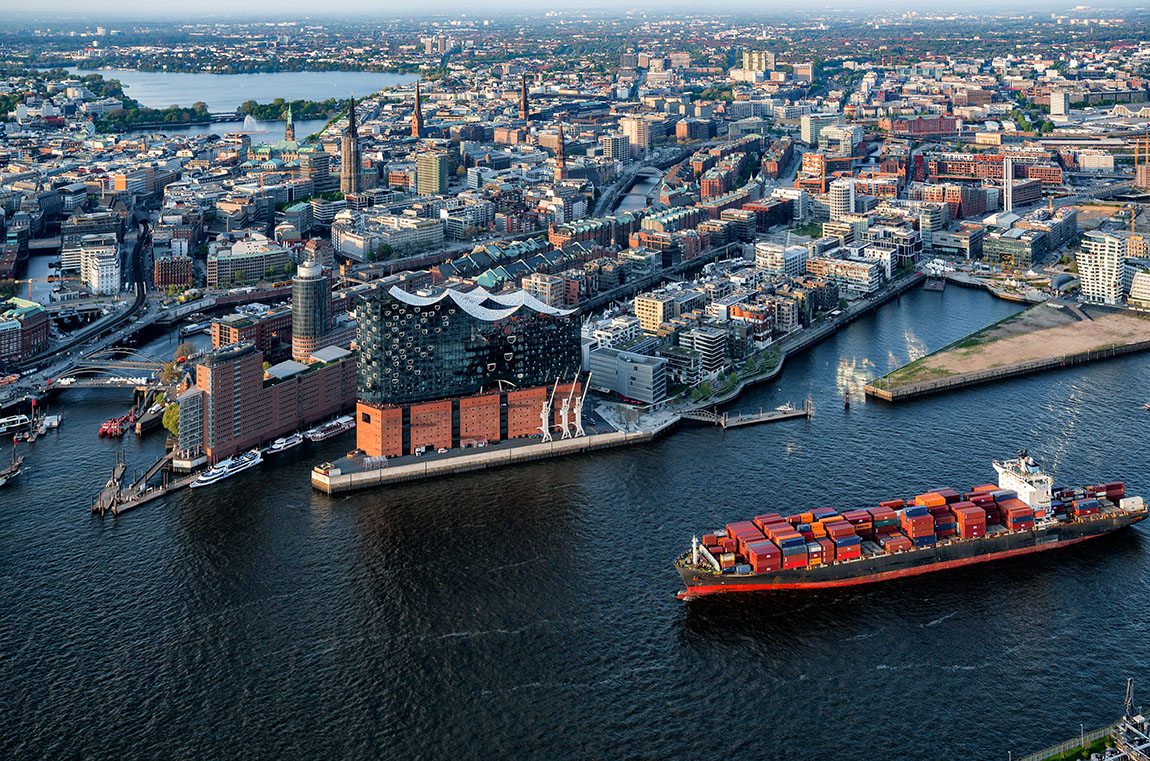 In an exciting development, Air Products (NYSE:APD), the world’s largest hydrogen producer, and the Hamburg Port Authority (HPA) announced in February of 2022 that they will work together, under a Memorandum of Understanding, to identify potential ways of establishing a comprehensive hydrogen value chain across the port of Hamburg. Both Air Products and the HPA are aligned in their intention to accelerate the production, supply chain and consumption of hydrogen in the North of Germany and Free Hanseatic State of Hamburg. In collaboration, both parties are focused on identifying real opportunities that would support the stimulation of hydrogen demand and subsequent decarbonisation of heavy-duty vehicles (including port logistics) and industry.

The aerospace industry is also preparing for flying with hydrogen. In Hamburg, the world’s third-largest aviation centre, a new development platform is being launched to test the new technology from as early as 2022. Funded by the Hanseatic City of Hamburg, Lufthansa Technik will work with the German Aerospace Center (DLR), the Center for Applied Aeronautical Research (ZAL) and Hamburg Airport over the next two years to design and test extensive maintenance and ground processes in handling hydrogen technology. For this purpose, an aircraft of the Airbus A320 family will be converted into a stationary laboratory at Lufthansa Technik’s base in Hamburg. 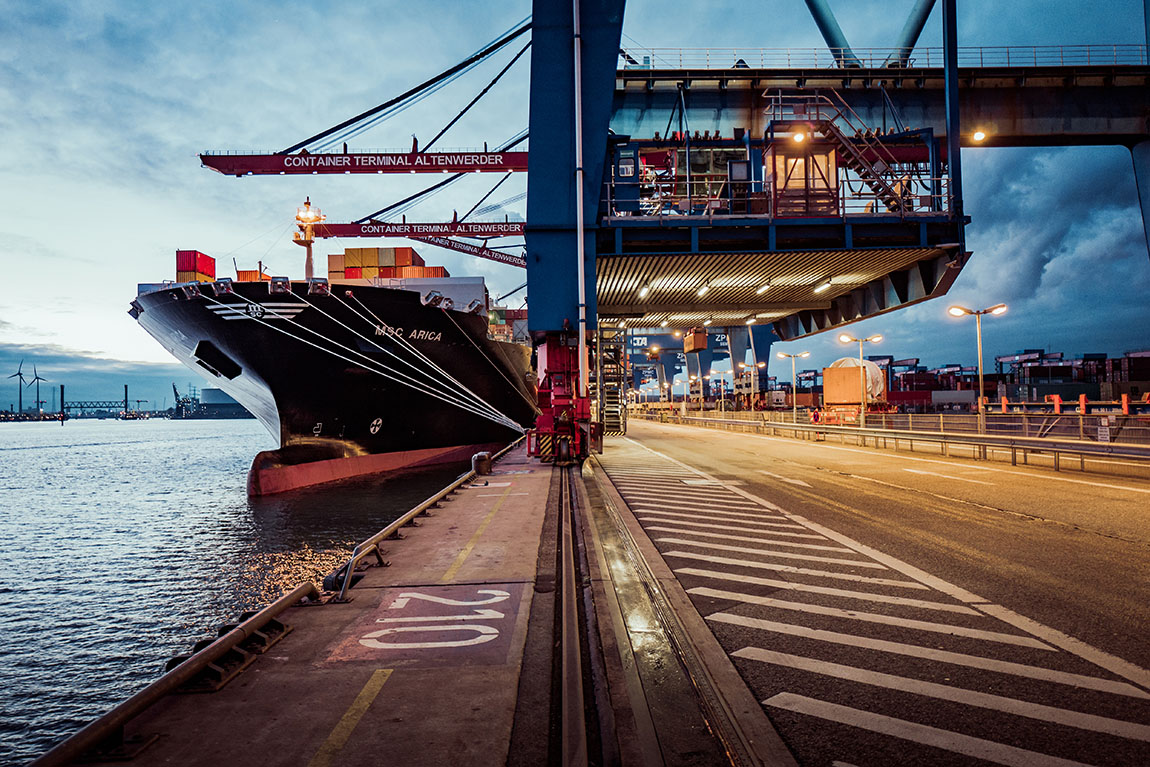 Another exciting project is happening at Hamburg’s Hamburg-Moorburg power plant which has been a coal-fired power plant since 2015. Now, the companies Vattenfall, Shell, Mitsubishi Heavy Industries (MHI) and Hamburg’s municipal heat supplier Hamburg Wärme are planning to build one of the world’s largest electrolysers here. The new electrolyser is to have a capacity of 100 megawatts and be built on the site of the former Moorburg coal-fired power plant. The four companies have now signed a letter of intent to this end. In addition to the construction of a scalable electrolyser with an initial output of 100 megawatts, the further development of the site into a so-called ‘Green Energy Hub’ is planned. This includes the exploration of the extent to which the existing infrastructure of the Moorburg location can be used for the production of energy from renewable sources. In this context, concepts for the necessary logistics chains and storage options for hydrogen will also be considered. Subject to final investment decision and according to the current state of planning, once the site has been cleared, the production of green hydrogen is anticipated in the course of 2025 – making the electrolyser one of the largest plants in Europe.

It looks like Hamburg’s future is bright and green indeed. 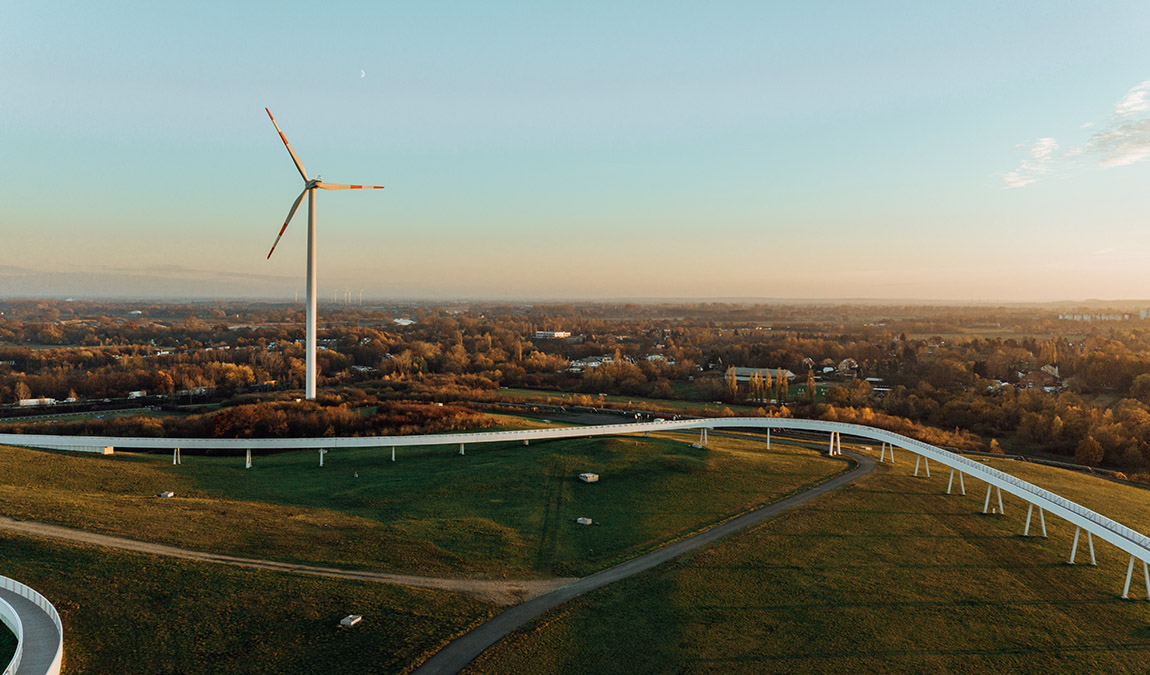