Imagine standing on a snow-covered summit early in the morning. The exhilaration when whisking down the freshly groomed slopes before everyone else, the pit stop at a mountain hut at lunch time. And the mulled wine and crackling fire awaiting you at your cosy hotel after a fun-packed day out. Austria holds firm as a top skiing destination for holidaymakers.

And it’s easy to see why. Skiing breaks in Austria are fun and authentic, the mountain resorts are great value for money, and many have snow-sure pistes well into springtime. And let’s not forget about the traditional mountain restaurants, the Kaiserschmarren and the legendary Austrian ‘Gemütlichkeit’. But as more and more people think about their ecological footprint, they also question how sustainable skiing holidays really are. The impact of skiing can be negative when trees are cut down to make way for ski lifts and ski slopes. Furthermore, the excessive use of fake snow and snow cannons can generally be seen as negative, too.

But as times are changing, more and more ski areas are stopping the expansion of pistes and lifts, focusing on the use of green electricity for the operation of ski lifts, as well as the reduction of artificial snow and restructuring into car-free ski resorts to make their resorts more sustainable. In Austria, the Golm ski resort in Vorarlberg is one of the regions taking various measures to become more sustainable. Through this, it has made a name for itself as the country’s first climate-neutral tourism area. 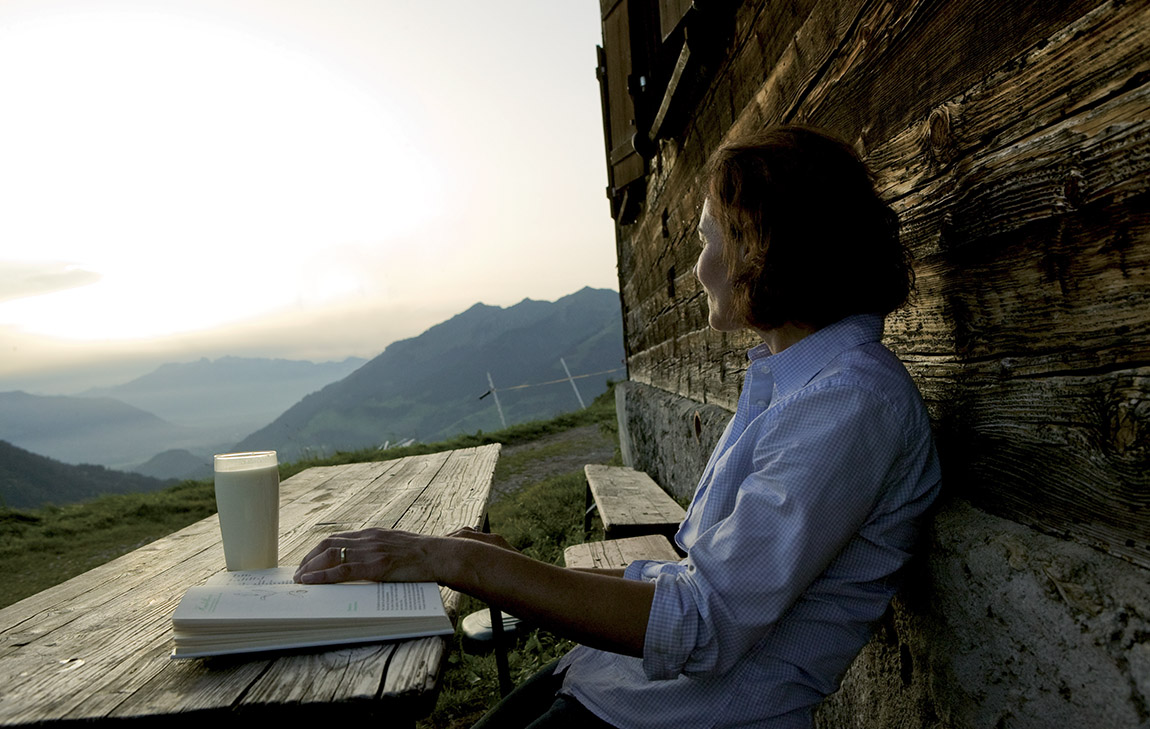 When the Hüttenkopfbahn started operating in the Golm ski resort, it was a highlight for many and an emblem of more sustainable skiing retreats. Built by VKW, Illwerke and Doppelmayr, the world’s first chairlift fitted with an integrated photovoltaic system became a reality. So, how does it work? One third of the power requirements of this chairlift are met with the power generated by the photovoltaic system. The bottom station, the top station and the chair parking of the Hüttenkopf chairlift were fitted with high-strength PV elements. What is unique about the project is that the individual solar panels were integrated directly into Doppelmayr’s standard station buildings and therefore blend in well with both the installation and the landscape.

The solar power generated by the system will be sufficient to cover one third of the total power requirements of the chairlift. During 1,000 hours of operation throughout the year, the Hüttenkopf chairlift consumes 180,000 kilowatt hours, 60,000 of which will now be generated by the solar power system, an amount that equals the annual power requirements of 15 single-family homes. Depending on the topography of the terrain and on the capacity of each installation, it may in some cases even be possible to reduce conventional energy consumption by up to 50 per cent with this new power system.

An ingenious drainage system and more

In other areas, the Golm ski resort has also been a pioneer in all things sustainable. Let’s take a look at the resort’s ingenious drainage system, for example. It collects the snowmaking water and uses it to generate clean hydroelectric power. When it comes to energy management, all energy flows are recorded and an alarm is raised immediately in the event of any ‘energy outliers’. Accordingly, action can then be taken immediately. “Energy savings can be made by adjusting the speed of the chairlifts,” explains Alexander Kessler, operations manager at Golm ski resort.

When it comes to the snow management system, Golm puts special emphasis on the use of snow depth measurement. That way, the responsible staff can predict exactly where and how much snow is lying. This gives the drivers of the snow groomers and those responsible for the technical snowmaking the opportunity to work as optimally and efficiently as possible. That’s how the resort makes sure that it only produces technical snow in the right places.

And, of course, sustainability doesn’t stop there: In a culinary sense, the ski region also focuses on regional suppliers and local products. The continuous expansion of vegan and vegetarian dishes is of utmost importance so that at least 25 per cent of the restaurants’ range of dishes are currently vegan or vegetarian. 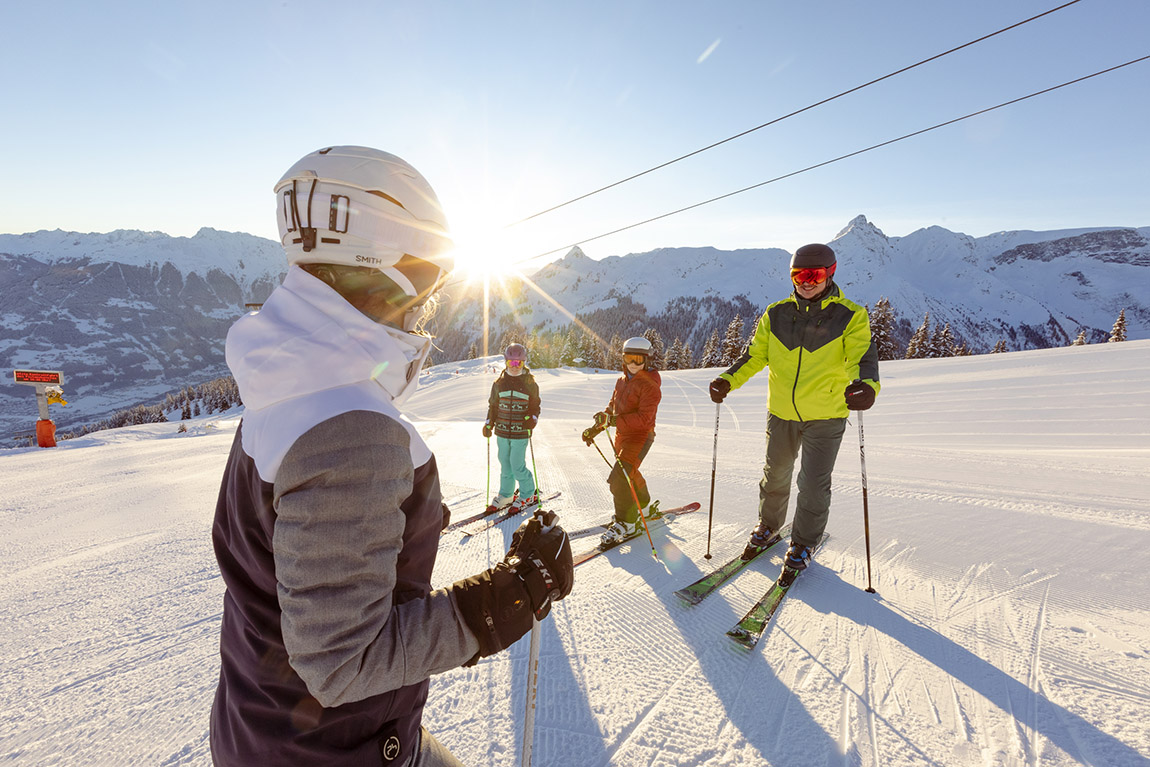 In order to increase the use of public transport for arrival, Golm has a cooperation with the Vorarlberg transport association. Visitors can attain the Green Ticket, the most climate-friendly way to the area. With it, they attain a day ticket for the Golm adventure mountain, including travel by bus and train from all over Vorarlberg and from the border train stations in Tyrol (St. Anton), Germany (Lindau) and Switzerland. Furthermore, the region knows that electromobility, in addition to travelling by public transport, is important to reduce CO2 emissions. To further promote this, the area has expanded the range of charging stations for electric cars.

What you can do

In comparison, a ‘standard ski day’ without any sustainable measures releases 7.33 times as many CO₂e, which stands for ‘carbon dioxide equivalent’ emissions, as an ‘ecological ski day’. So 35.57 kilogrammes CO₂e per capita compared to 4.85 kilogrammes CO₂e per capita and ski day. Furthermore, the Golm ski resort compensates the emissions caused in the area, via TurntoZero, in order to make the ski day fully climate-neutral.

In summary, everyone can make their skiing day much more sustainable by starting with a few simple steps. Travel to your chosen ski area by public transport, choose a sustainable ski area with green electricity and, of course, try some vegan and vegetarian dishes in the restaurants. 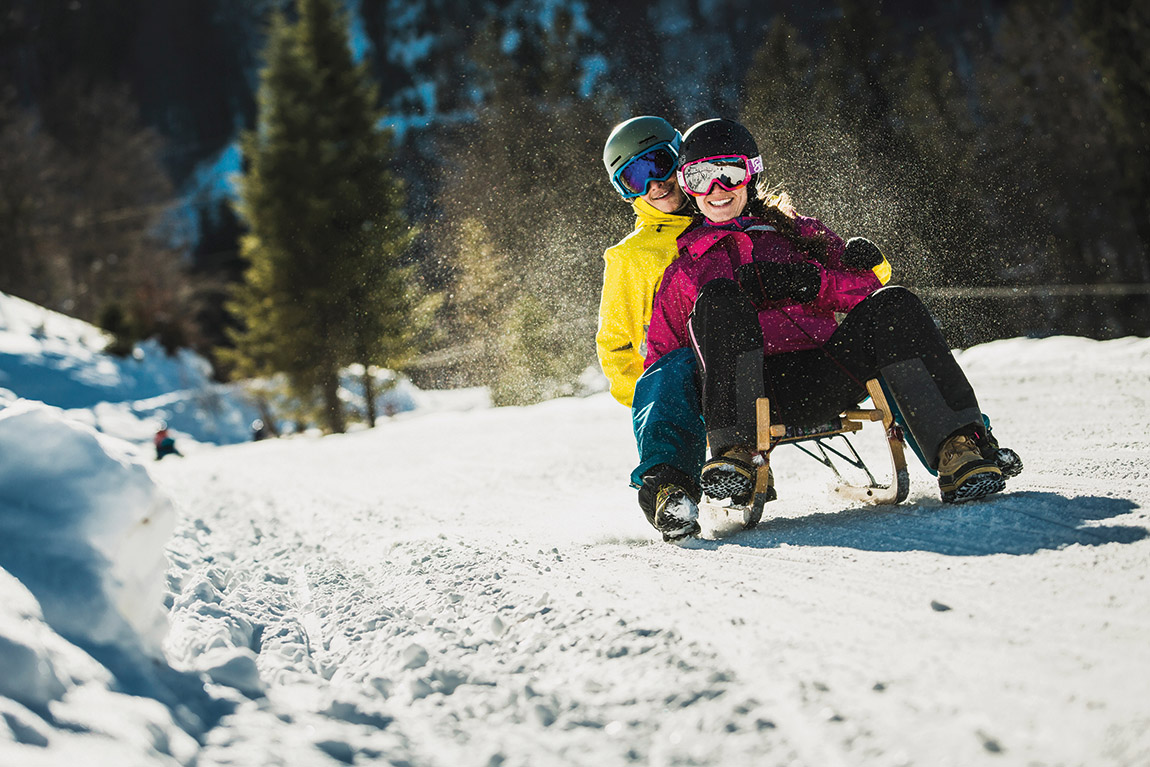