If you love travelling, there is a good chance that you love food too, as the two go hand in hand. As travel writer Deborah Cater once put it: “You have to taste a culture to understand it”. And so, to explore Bavaria properly, you will need to discover its culinary delights.

Bavaria, a state situated in the south-east of Germany, is best known for its breweries, the Oktoberfest and its hearty meat dishes. But how do you start exploring a state when you want to learn more about its culinary history? We present five top tips on how best to immerse yourself in the tasty food of Bavaria.

No visit to Bavaria would be complete without at least a short trip to its capital of Munich. Here, numerous traditional taverns or inns serve the best food and the best beer. Whether in one of the spacious beer gardens or in the cosy inner rooms that are characterised by dark wooden tables, rustic interior and corner seats, be sure to try some of the local delicacies here. We suggest trying Weisswurst, or veal sausage, an iconic dish of Bavaria.

Other meals not to be missed are pig knuckle with dumplings, as well as Obatzda, a cheese dish with onions and camembert. While, traditionally, the Bavarian cuisine doesn’t cater for vegetarians too much, there are some traditional meat-free options such as ‘Rahmschwammerl’, dumplings with mushrooms, and ‘Kässpatzn’, cheese noodles. 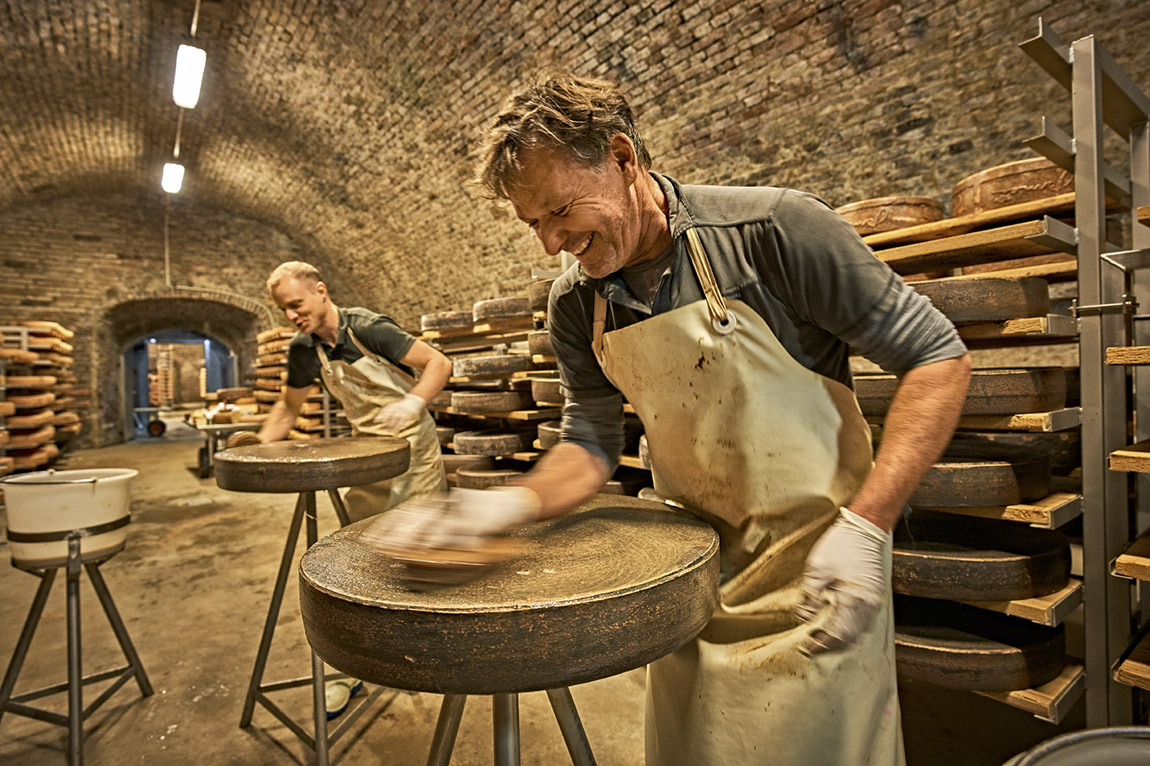 2. A wine hike is always a good idea

Did you know that Bavaria is also home to a long-standing wine tradition and produces award-winning wines? In Franconia, Bavaria’s northern district, the local vineyards produce whites such as Silvaner, Müller-Thurgau, Bacchus and Riesling, while popular red varieties include Spätburgunder and Domina. Many winemakers offer scenic vineyard walks, wine tastings, and overnight stays. Some of them even offer you the opportunity to help out during harvest season, where you can learn the ins and outs of wine production first-hand.

A visit to Bavaria would not be complete without tasting some of the tasty beers produced here. Despite hosting the world’s largest beer festival, the Oktoberfest, there is another beer tradition in Bavaria that is well worth mentioning. In the region, monks have been making beer for over 1,000 years in gorgeous abbeys and monasteries. In Upper Bavaria, Andechs Monastery, one of the last genuine monastery breweries managed by an active religious order, is world-famous. Go on a hike, taking in the beautiful landscape, and reach the monastery where you can sit in the large beer garden, tasting wonderful beer. What’s not to love?

Another old beer production entity worth visiting is Weltenburg Abbey, which impresses with a spectacular location on the Danube Gorge with its steep rocky sides. It is believed that Weltenburg Abbey was founded in the year 600, while award-winning beer has been brewed here since 1050.

If you want to hike, while tasting beer, head to the ’13 breweries trail’ that leads you from brewery to brewery between Memmelsdorf and Strullendorf near Bamberg. Learn about Bavaria’s famous purity law and see the beer-brewing process in action. In some of these, you can even visit the hop gardens that stand up to seven metres tall. Many of the producers still produce their products by hand using traditions that date back centuries. The trail is 34 kilometres long and has gorgeous landscapes on offer too… if you can still see them by the end of it!

4. Cheese route anyone?
A great way to discover a country’s culinary heritage is by hiking, as can be seen on Bavaria’s cheese routes. Cheese from this region is famous for its Alpine meadow taste, while the region is known as one of the world’s largest cheese producers. From the Alps to Lake Constance, The ‘Allgäu cheese route’ is 150 kilometres long and leads visitors through southwestern Bavaria on seven selected stages. On the way, you can find a network of cheese producers, including Alpine pasture dairies and plenty of farm-based cheese dairies.

If you have enough time, be sure to stop at Thomas Breckle’s cheese shop in Kempten. The hard cheese connoisseur has delicate, aged cheeses that are aged in a beautiful, old monastery vault. The cheese route can be travelled by bike, car, or on foot. 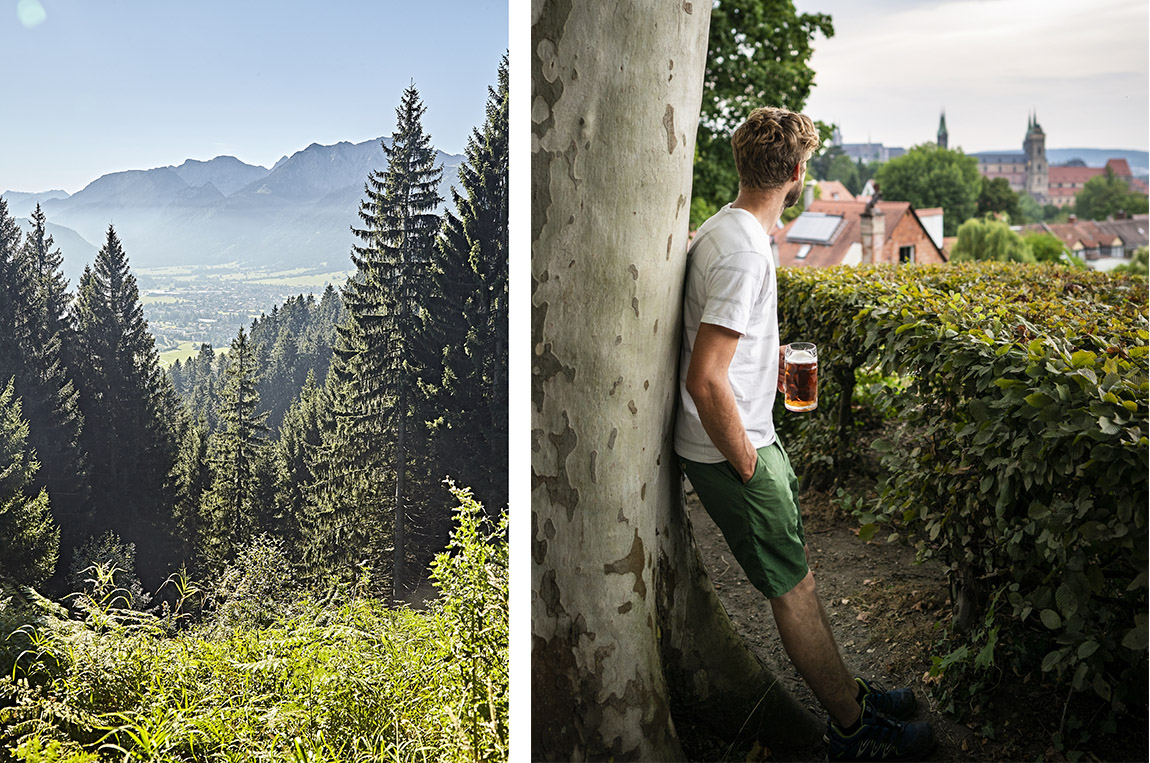 Considering Bavaria is entirely landlocked, fresh fish might be the last thing you think about when considering products from Bavaria. However, due to the region’s plentiful number of lakes, there is one freshwater fish that has a longstanding reputation here: the carp. With its firm and moist flesh, a high percentage of healthy fish oils, a relatively sustainable footprint compared to ocean fishes, and a distinctively nutty taste, it’s a favourite for many. For learning more about this delicacy, we suggest heading to northern Bavaria between September and April. The region that includes Bad Windsheim, Neustadt and der Aisch, and Höchstadt, goes carp crazy in late summer, when the carps get harvested from over 5,000 farmed ponds that border the river Aisch.

Here, the carp farming tradition dates back over 1,200 years. While carp originated in Asia, they were brought to Europe with the Romans. who built the first drainable ponds at the Franconian royal courts. One of these can be visited in Riedfeld. The tradition has persisted and carp farmers still use these drainable ponds that can be found all over the region. Worth mentioning here are the long chains of ponds which use water cleverly. Once one of the ponds is fished and emptied, the pond below catches its water for the following year, and so on. So, visiting one of these masterpieces of farming architecture is certainly a great idea. And why not combine it with a visit during the carp gourmet weeks in autumn? 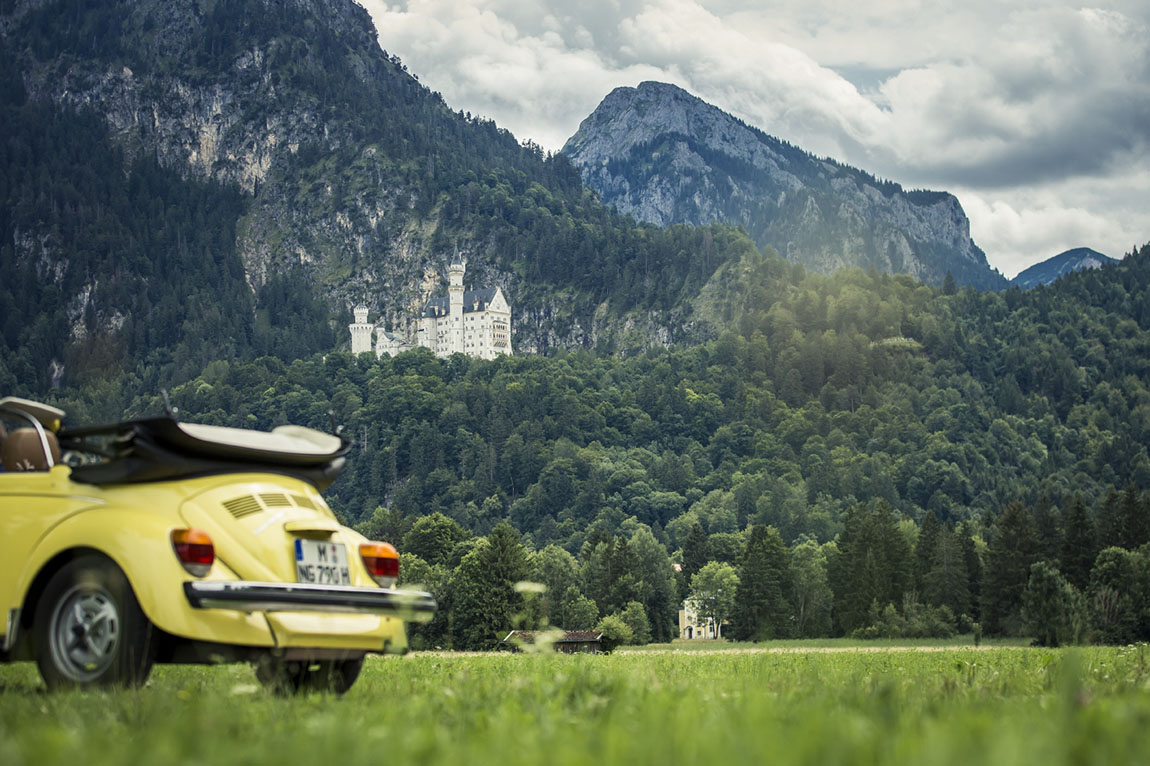