Long, diverse and rich are the terms that come to mind when thinking about the architecture of Germany. While every major European architectural style is represented within the country, modern buildings have come to be the main attractions in many cities. Let’s take a look at some of Germany’s most prominent buildings and the stories behind them

With over 600 millennia of human history, it seems evident that Germany doesn’t only have one type of architecture. Within the country borders, architectural trends ranging from the pre-medieval Carolingian to Gothic, Renaissance, Baroque, Neo-Classical and Neo-Renaissance eras can be found. Today, the country is also home to some of the world’s most impressive contemporary building structures. Let’s take a look at eight of the must-visit architectural structures in Germany today.

The Semperoper, Dresden
First built in 1841 by architect Gottfried Semper, the impressive opera house in Dresden comprises several building style influences such as those from Early Renaissance and Baroque. Most often described as Eclecticism which describes architecture with many different styles, the opera building in Dresden actually had to be rebuilt a couple of times – once after a fire in 1869 and another time after World War II. The building’s interior was designed by famous architects like Johannes Schilling. 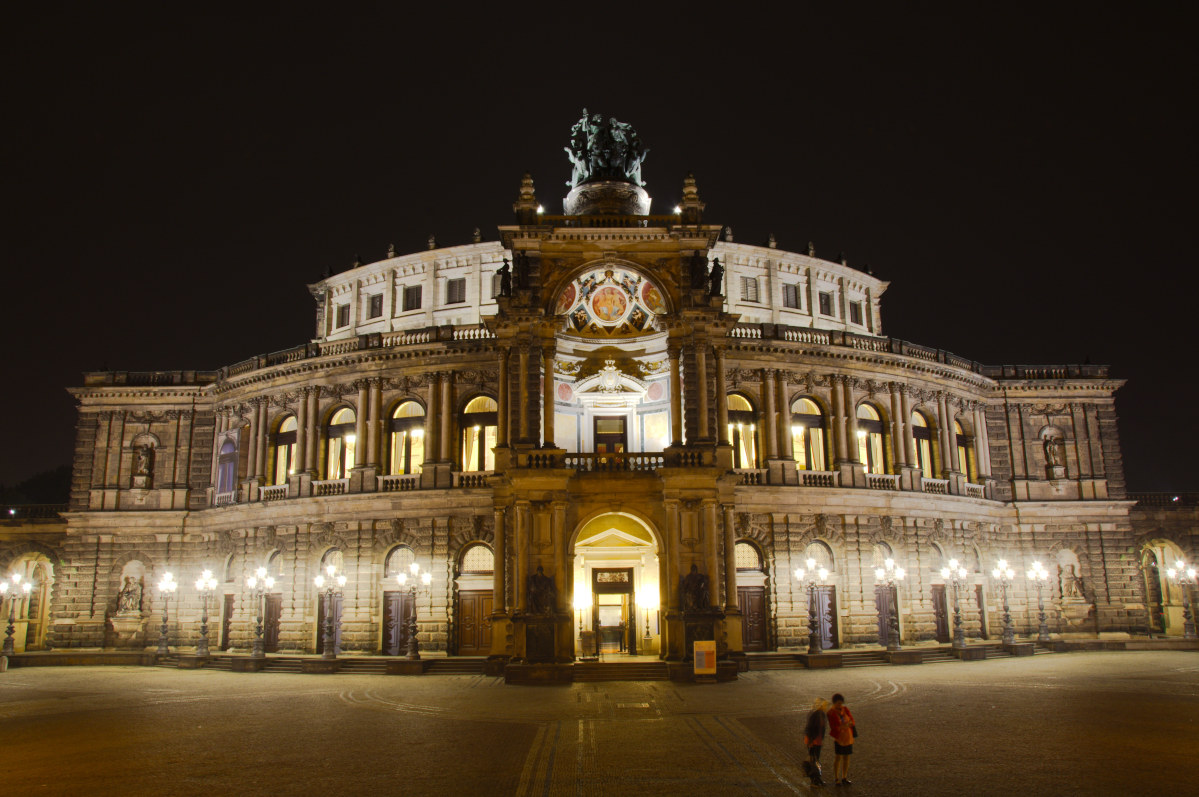 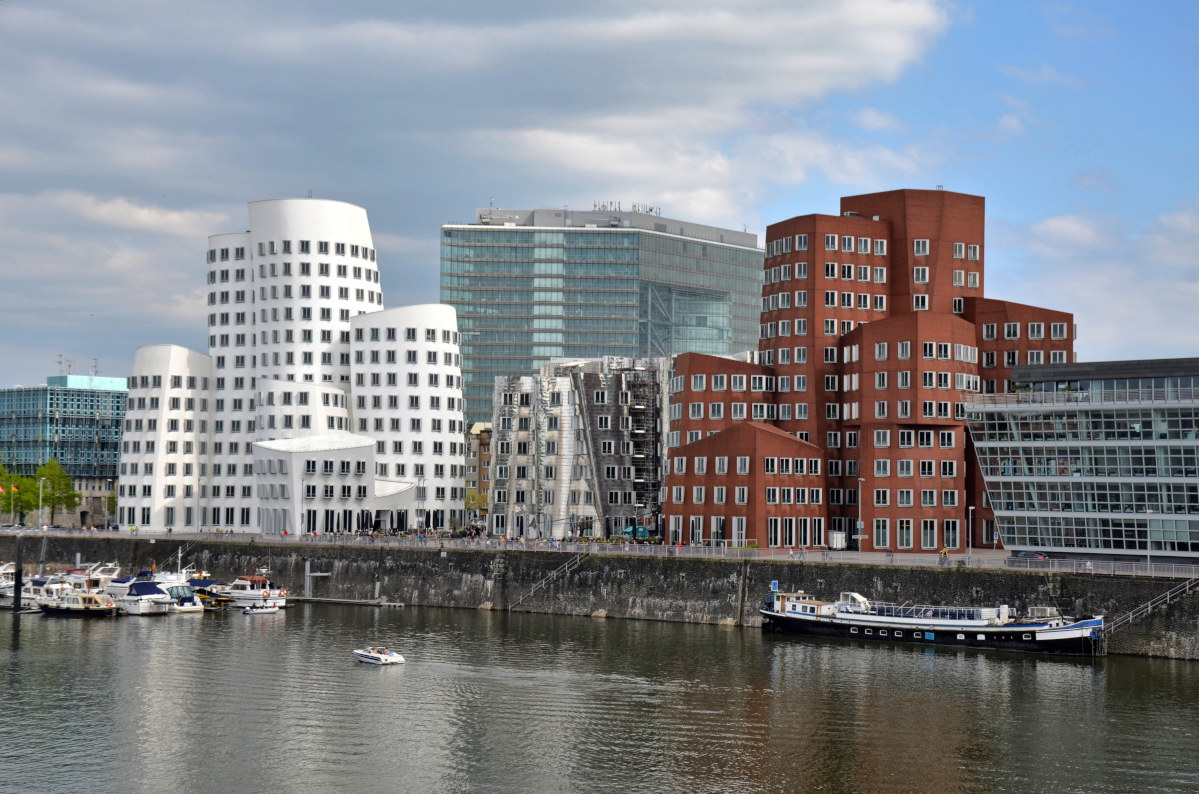 Elbphilharmonie, Hamburg
A building that looks like art can be found in Germany’s second-largest city – Hamburg. Since it opened in 2017, the Elbphilharmonie has become the city’s landmark building but it has not always been perceived so positively. Designed by Herzog & de Meuron, the building’s building phase was coined by delays and going over budget (it was in fact 13 years late and 10 times over-budget). After it opened its doors, however, the difficulties were soon forgotten. The beautiful opera house now impresses with its external appearance, its inner acoustics, a viewing platform with amazing views over Hamburg and much more. 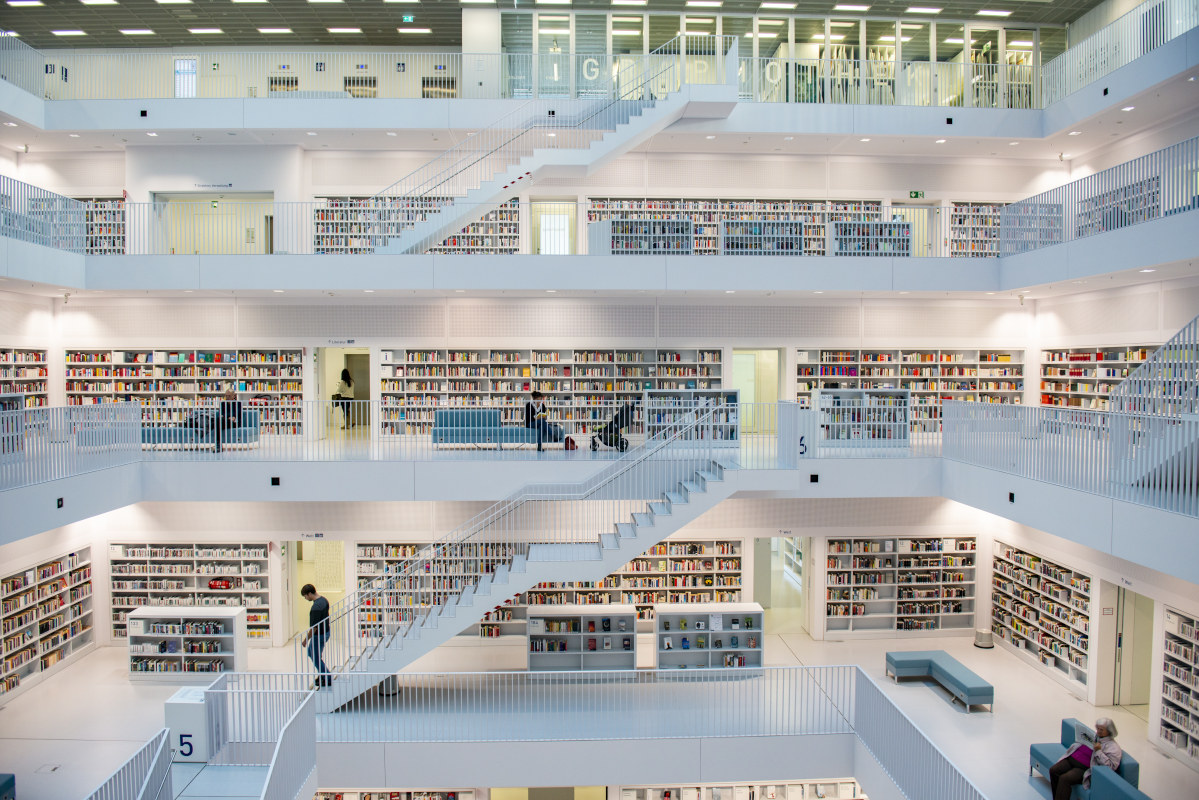 Photo: The library in Stuttgart © Pixabay

Stadtbibliothek, Stuttgart
The public library in Stuttgart might not look special from the outside, but within visitors can expect spacious, dazzling white halls on nine storeys. The architecture even is said to have a meditative effect and on the roof of the building one can find a viewpoint that impresses with unparalleled views across Stuttgart. 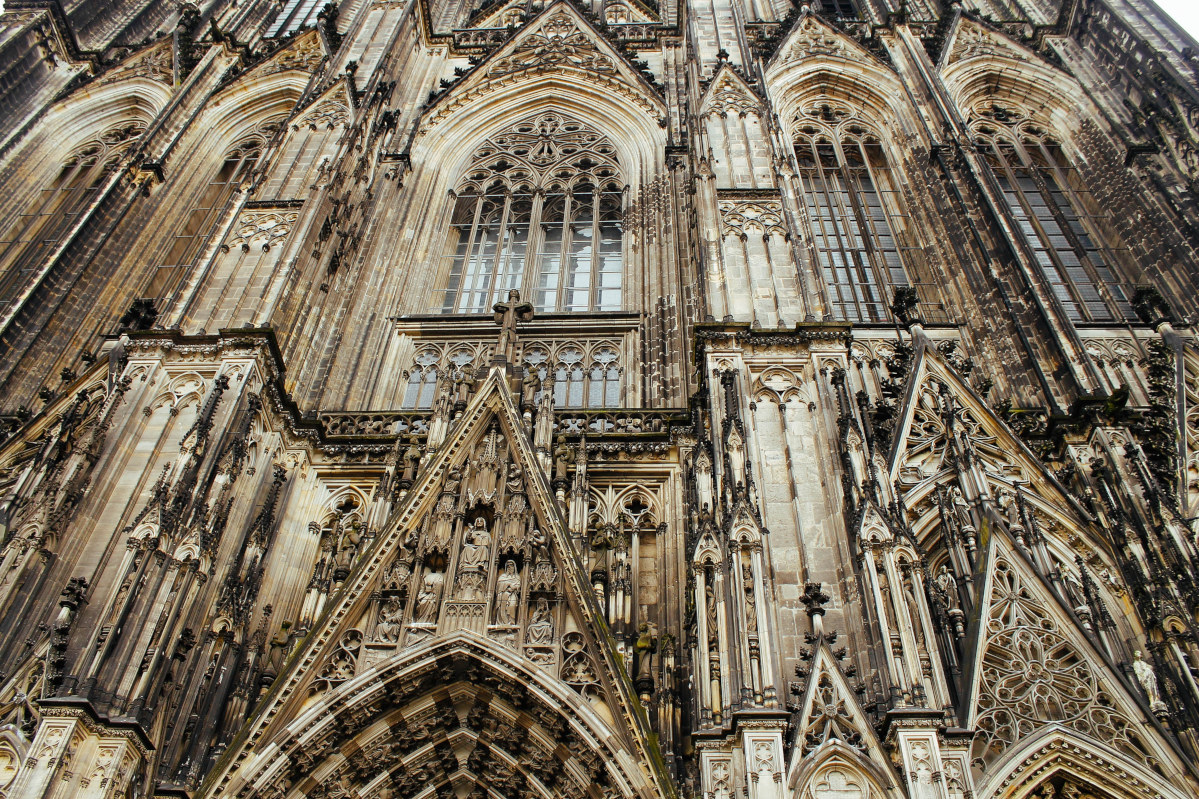 Cologne Cathedral
A beautiful example of Gothic architecture, the Cologne Cathedral has also been named an UNESCO World Heritage Site in 1996 – and it quickly becomes clear why. Built in the 13th century, the cathedral’s tall twin towers stand 515 feet (157 metres) tall which makes it northern Europe’s largest Gothic church.

Umschreibung, Munich
Not a building per se, the ‘Umschreibung’ is more of an artful architectural structure. Found in Munich, the Umschreibung is a winding staircase sculpture designed and erected in 2004 by the Danish-Icelandic artist Olafur Eliasson. The sculpture is 30 feet (9 metres) tall, is made of steel and is a real treat for photographers and tourists alike. 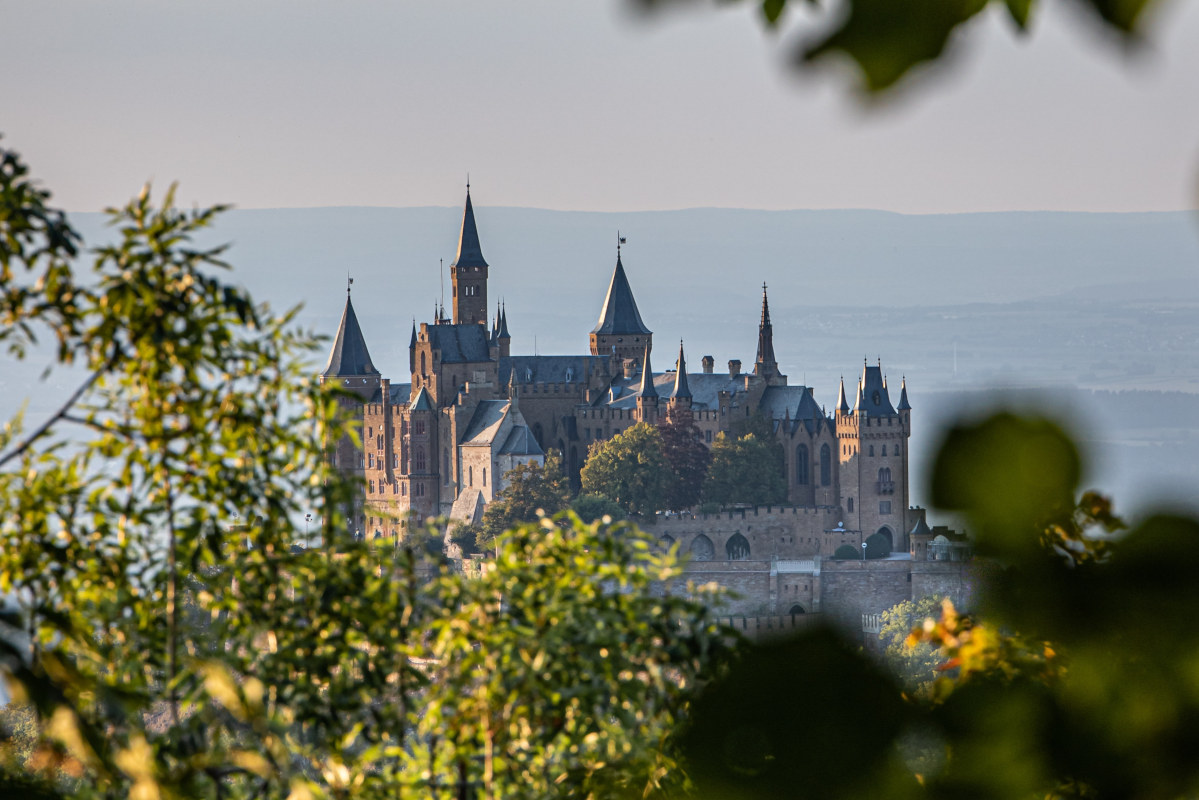 Hohenzollern Castle
Many international visitors connect Germany with beautiful castles and this proves to be true when you think of Neuschwanstein Castle or its less known cousin, the Hohenzollern Castle. Built on Mount Hohenzollern, 855 metres above sea level, it is certainly one of Germany’s most beautiful. Once the ancestral seat of the Hohenzollern, the castle has a vivid history. Today, it offers amazing views across the surrounding landscape. 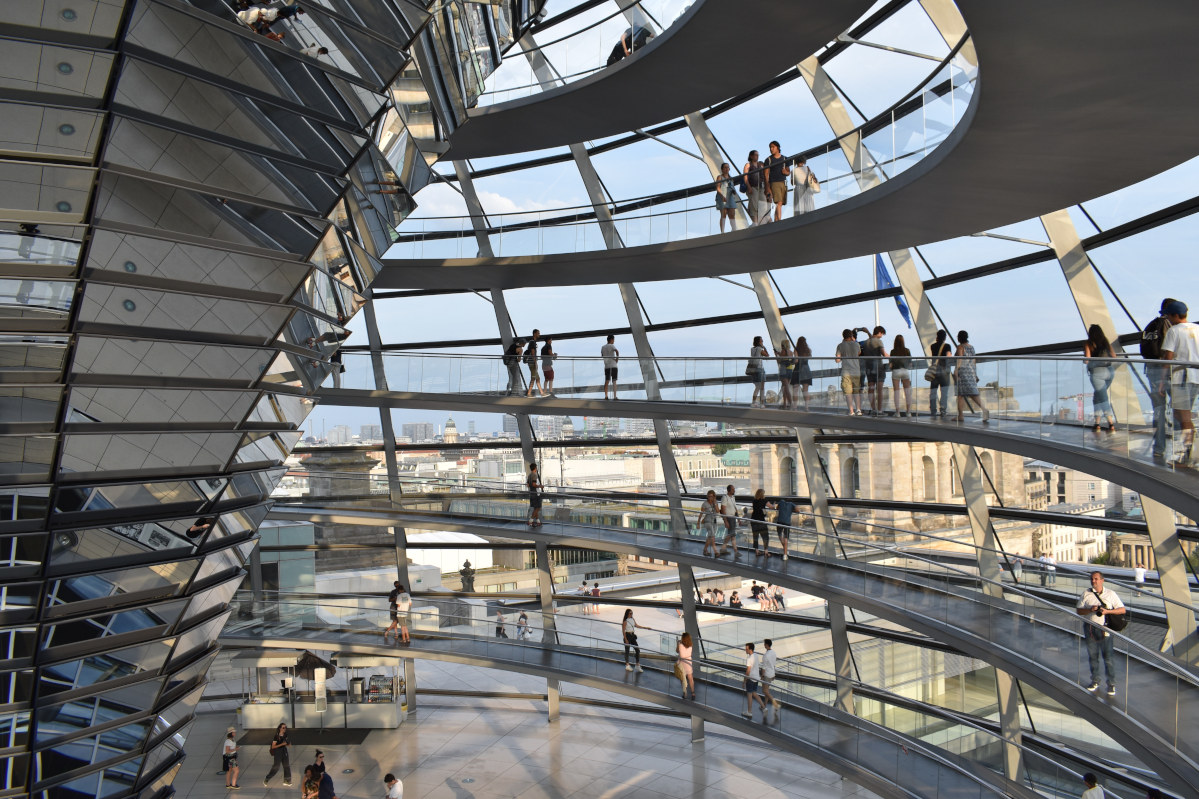 Reichstag, Berlin
Of course, the Reichstag, the home of the German parliament (Bundestag) in Berlin needs to be listed here too. Originally built in a Neo-Renaissance style in 1894, the building was later damaged by fire and the war so that it had to be renovated numerous times. In 1999, it got its probably most famous addition – the glass dome designed by Norman Foster.

BOLLES+WILSON: ARCHITECTURE WITH A DISTINCTIVE CHARACTER AND RESPECT FOR EXISTING URBAN SPACES