The temporary ‘Tonhalle’ concert hall in Zurich is a brand-new installation built into an existing structure on the ‘Maag’, a former industrial site now housing various event spaces. The provisional, high-quality acoustic concert hall has just opened its doors and will house the ‘Tonhalle’ Orchestra for the next three years during reconstruction of the original building.

Apart from the astonishing and highly aesthetic wooden installation of the hall itself, the structure includes an entrance foyer and ticket office as well as recording rooms, lounges and large storage areas with direct stage access. Office and administration areas are also provided for. 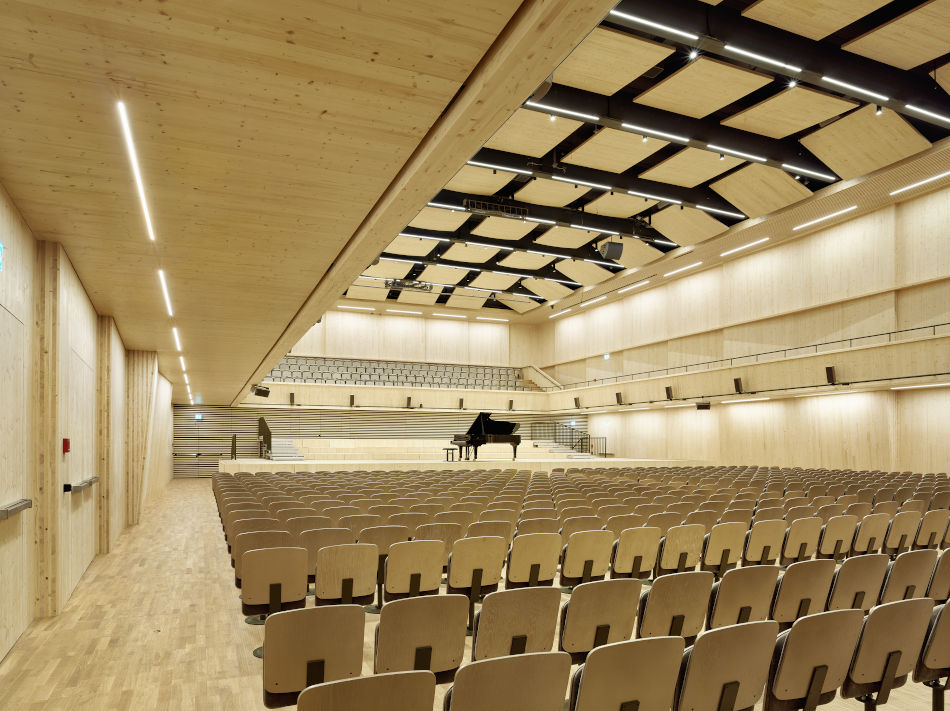 The rectangular acoustic room is constructed from oiled spruce, with precisely positioned, shifting wall panels that form the space. The provisional concert hall offers 1,220 seats in total with an orchestral stage measuring 19 by 11 metres. The ‘box in a box’ concept depicts its acoustic purpose with an honest functionality. On entering the former industrial hall, the visitor is met with the streamlined, haptic and unpretentious design and automatically led around the installation to find the entrances to the interior. Architect Harald Echsle explains the concept: “While the approaching visitor can take in the construction as a whole, once inside, the perfection of space becomes paramount.”

Referring to construction challenges, architect Annette Spillmann describes the process as having been “intense and full of unconventional ideas to bring the hall to a sounding life, with diverse variations aiming at optimising operations and the stage design itself”. Challenging framework conditions such as limited ceiling heights were tackled in co-work with acoustic experts and ‘Tonhalle’ technicians. Apart from the acoustics, a central aspect of the provisional structure is visitor security. As the hall will be used by both the ‘Tonhalle’ Orchestra and guest events, it can easily be cleared and converted to any type of event or exhibition space housing up to 1,500 visitors. 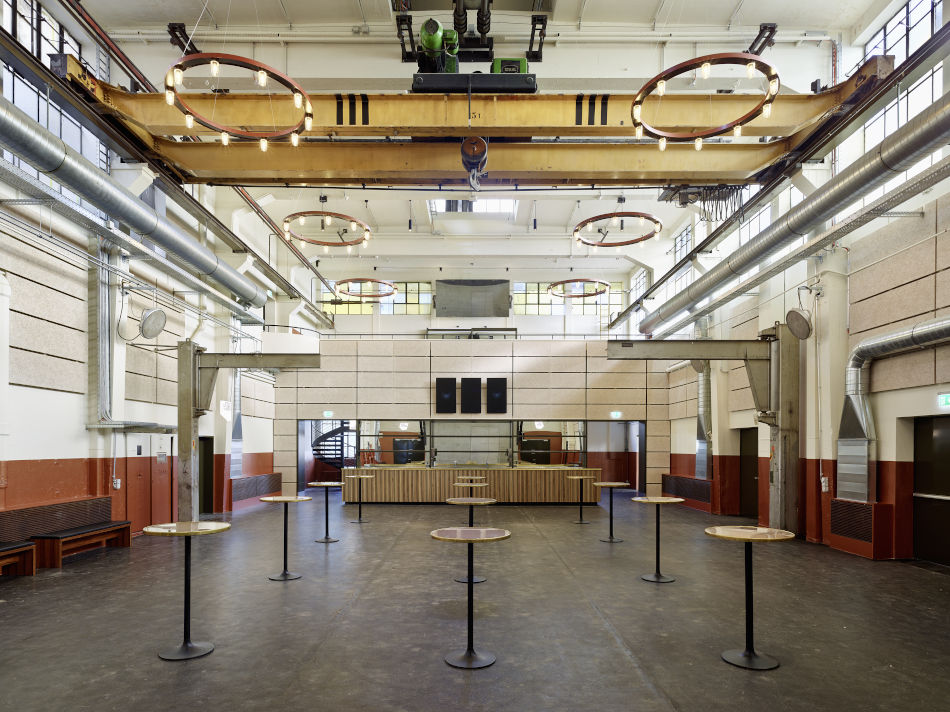 The architects are familiar with the ‘Tonhalle’ orchestra ever since they were kids and nowadays attend the family concerts with their own children. Thus, both the acoustics and lighting moods were of a special concern to them. “It is of great importance to us that the orchestra feels at home at the Maag site and that the audience adapts quickly to the new space after this unconventional move,” says Harald Echsle.

In fact, unconventional and innovative conceptional solutions have marked the work of Spillmann Echsle Architekten from the very start. The Zurich-based office was founded in 2002 by the two architects, who both gained experience in the US after having finished their studies at the ETH Zurich. Meanwhile, counting a team of around 20, Spillmann Echsle have won numerous planning and building awards on both a national and international level. The ‘Freitag’ flagship stores in Zurich and Tokyo are outstanding examples of their conceptual approach to architecture. In total, Spillmann and Echsle have designed ten stores for the renowned messenger bag company all over the globe. Other renowned Spillmann Echsle projects include the house of Switzerland at the Sochi Winter Olympics and the ‘Bahnhof Tiefenbrunnen’ commercial building in Zurich.

All Spillmann Echsle projects have a strong link to their immediate surroundings. As shown with the ‘Tonhalle’, they are specifically created for a unique situation and ‘react’ to it respectively. From shell to miniscule detail, everything is balanced precisely and all elements are visually connected, forming an aesthetic unity. 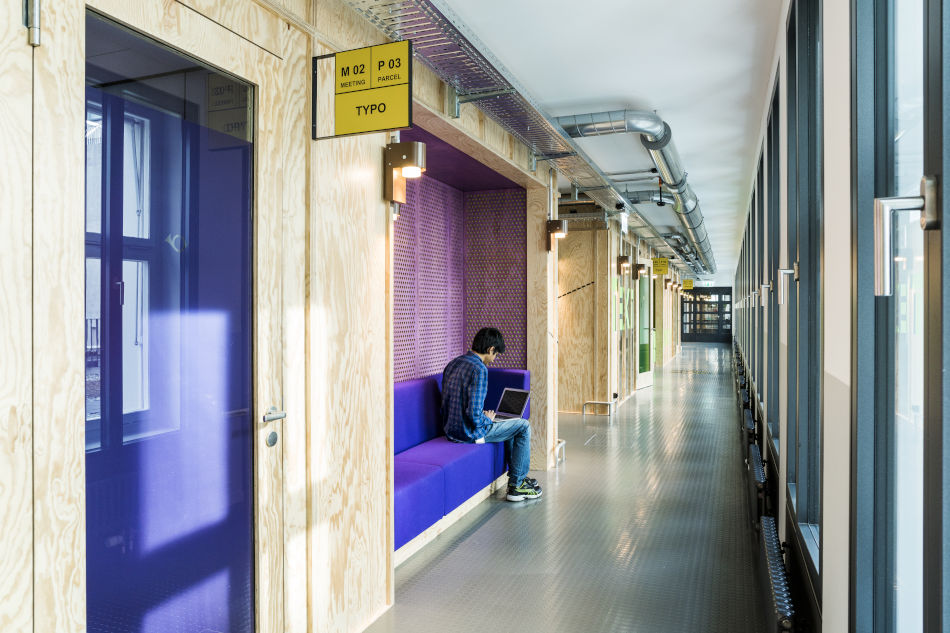 The office appreciates a large variety of clients, ranging from private investors through to major companies like ABB and Google. For the IT giant, Spillmann Echsle have lately planned three office developments in Zurich, two of which are part of the prestigious Europaallee project. The converted ‘Sihlpost’, with an interior fit-out across four floors and a surface area of 5,400 square metres for 300 work stations, has just won them the ‘best architects 18’ award. Keeping the typology of the former post office, wooden framed partition walls with rippled glass and brass features and meeting rooms that “resemble wooden shipping crates” are part of the award-winning design. The Sihlpost forms the first phase of a total area of around 60,000 square metres in the Europaallee, which will be leased by Google over the course of the next four years.

For next year, the conversion of an industrial hall to a cultural centre is in the planning at Spillmann Echsle Architekten, apart from taking part in various competitions. Voted ‘best architects’ four times and with the ‘German Design Award’ under their belt, the office will continue on their path of creating innovative solutions marked by unconventional beauty. 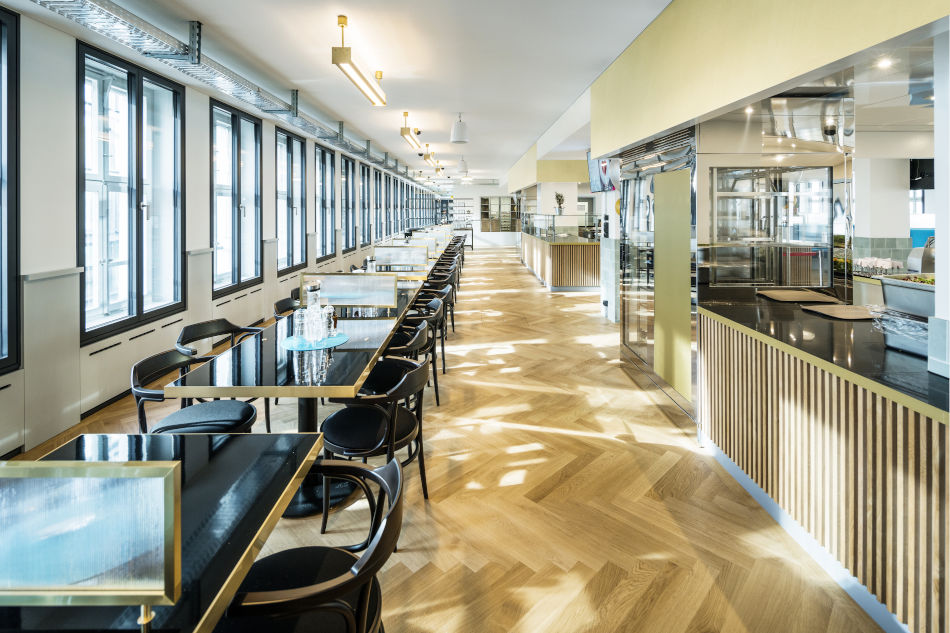 www.spillmannechsle.ch Read the feature on issuu

querkraft architects: FOR HEART AND MIND – ARCHITECTURE AS EXPERIENCE