Carlos Martinez Architects: “Tailor-made architecture has to respond to its humans.”

Aspecialist for unusual requirements, a philanthropist and most certainly an individualist: it is not an easy task to summarise the Swiss-Spanish architect Carlos Martinez and his continuous design mission in just a few words. His work and his philosophy go far beyond a simple layout. Listening to him talk about his passion and desire to truly understand his clients’ needs, is a joy in itself. This year marks the 25th anniversary of his Berneck-based architecture firm – a good opportunity to sit down and not just look back but also think about the future.

It was not always Carlos Martinez’ dream to open his own architecture firm so early on in his career and right in the canton of St. Gallen, where he grew up. During his architecture studies Martinez was daydreaming about working for well known architects in Barcelona, also exploring his Spanish roots. But life had something different in mind and Martinez became a father before finishing his studies at the Abendtechnikum St. Gallen. In that sense, starting an architecture firm was more of a coincidence than a vision, as Martinez puts it. But the dedicated architect does not believe in coincidences, so in a way it seems that it simply was supposed to happen this way. 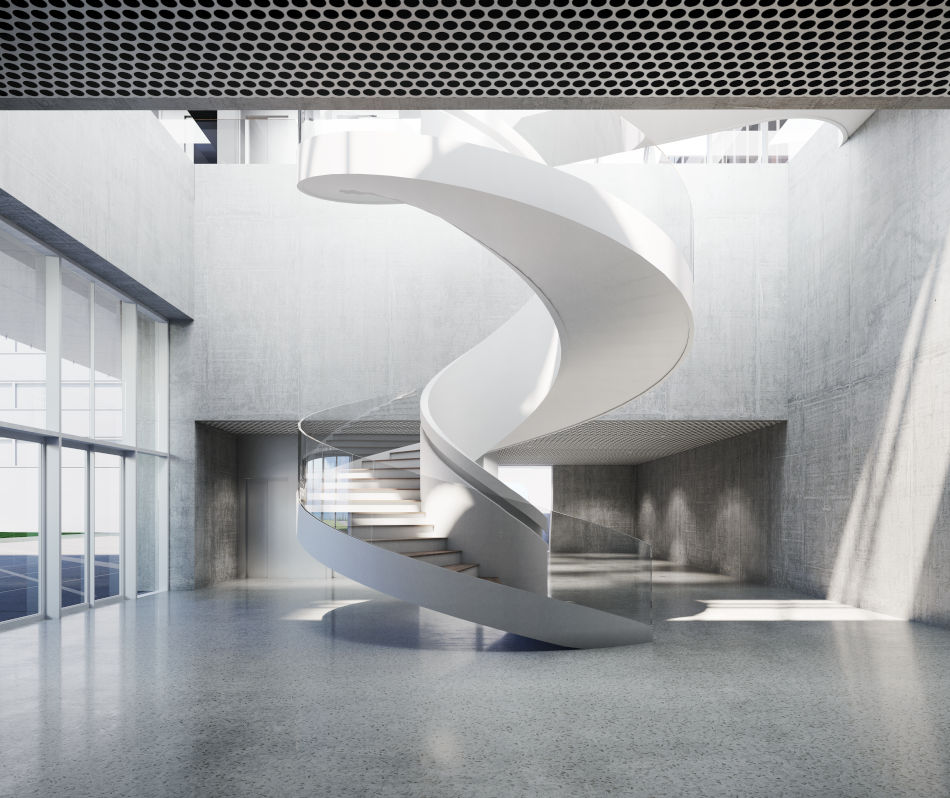 Changing the world one building at a time

“In order to finish my studies, I worked as a freelancer and came up with designs for various architecture firms,” Martinez remembers. “Back than we were a group of young idealists in the Rhine Valley region. New architects fresh off the boat, who thought that they were the Avantgarde and that they – of course – had to change the world in the Rhine Valley and in Eastern Switzerland. During that time nobody was building flat roofs in the valley and the majority of the new singlefamily homes were very similar. The early ‘90s real estate crisis was in full flow: the land prices and interest rates were very high. Hence, very few people were able to afford becoming homeowners, unless they inherited. Our friends, who enjoyed a good income, did not have sufficient means to buy property.”

That apparent and urgent need for change would become the idealistic engine behind Martinez’ firm. The goal was to create affordable yet well-designed spaces and the group around Martinez would talk until the wee hours of the morning to make that plan a reality. They debated the user’s needs: which parts were crucial and which parts could be downsized or dropped completely?

“We started the design process backwards and first calculated the monthly payments,” Martinez explains. “Our results showed that you could build a house for 360,000 Swiss francs. This was very unusual for architects straight out of university. Today you would call it ‘design to cost’.” It was their heartfelt mission to create a maximum of space for a minimum of money. This meant no luxury: instead, everything had to be reduced as much as possible. Accordingly, their very first project was called ‘Sparta’. That was back in 1993 and it marked the beginning of Martinez’ firm. A lot has changed over the past 25 years. “We started during a crisis and now we are enjoying the economic boom,” the charismatic architect says, and laughs. Of course, today they design bigger projects, but Martinez and his team never lost their love for solving smaller architectural problems such as an exhibition stand or a music chamber extension. Martinez adds: “Clients seek our expertise for special requirements, for challenges in terms of topography or for complicated applications regarding building permits and unusual developments. That makes our task very exciting. The fact that we are able to do this goes back to how you interact with people. Tailor-made architecture has to respond to the human. Every task has its own charm.”

Know where you are coming from

It is precisely that drive to truly listen and understand the clients’ needs, the core essence of what a new building has to achieve, which also makes Martinez a philanthropist. He often emphasises that you have to know where you are coming from. This motto seems to be an important leitmotif for all his works, as Martinez explains: “It is important regarding the history of a place, the history of the client and the project. Personally, you should never forget where you are coming from. I grew up with my mother because my father passed away very early on. My mother worked as an embroiderer and as a child I often accompanied her to the factory. Maybe that is where my love for textiles and embroidery comes from.”

As a child, Martinez always spent his summer holidays in Asturias at the Atlantic coast, in the north of Spain. He remembers how they stayed with his two older sisters in that beautiful region, which is very green and rocky. Perhaps, he ponders, his strong connection to Eastern Switzerland also stems from this outsider perspective: looking at it from afar. Martinez feels at home in the Rhine Valley and particularly in Berneck. He continuous: “I feel pride for this region and its history. I think us people from the Rhine Valley and from Eastern Switzerland are often too modest. In former times there were trains going directly from St. Gallen to Paris without stopping in Zurich.” Martinez adds with a cheeky smile: “I love telling this to people from Zurich.” 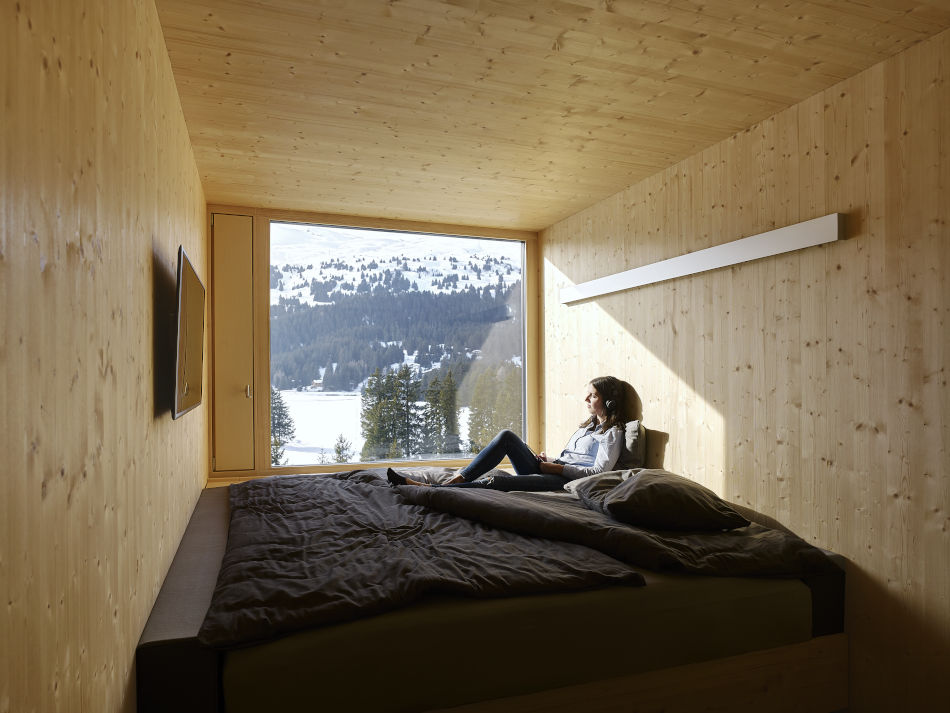 No two projects are ever the same

The inspiration for his work strikes at his desk. He adds with a wink: “You don’t find new ideas in the forest.” What inspires Martinez is the work itself, the problems that need to be solved, the analysis of a location and a particular project. He gets excited about defining and working with the clients’ needs and even after 25 years he says that each project is uniquely different. There is always something new to explore and to learn. Each project is an opportunity to grow. Each single-family house can be designed in a completely different way, he points out. “I have been fascinated by that for 25 years now. Despite the fact that everyone has to cook, eat and sleep in their house, each and every one of them features different conditions and comes with another set of requirements – there is always something special about single-family homes.”

The client base of Martinez and his team is very varied. Some clients have a very clear vision of what they want, while others need a little bit of help to figure out what they actually need. That is the challenge the architects have to face on a regular basis. “It helps to ask questions and to draw from experience,” Martinez explains. “I often turn into a bit of a psychologist and I am always part of the dialogue when clients are trying to figure out their own wishes. In many cases the answers and results are astonishing and not what anyone expected at all. For me, it is important that I can look a little into the future and guess what kind of building my client will need. I did my job well if the project can transform with the client over time and when the client still enjoys it after many years.”

Albeit this year marks 25 years in the business, Martinez is also excited about the future. He sees one trend clearly going towards more flexibility of space and structure – keeping in line with the fast pace of our modern times. As the building requirements keep changing, he sees the value in flexible, versatile concepts.

Residential areas are also becoming denser and Martinez sees the opportunity to save resources whilst creating a more public, community-driven lifestyle in the villages and towns. That it also brings its own set of challenges regarding a closer life together goes without saying and Martinez points out that the key is to be mindful.

“I also see a very exciting new trend when it comes to technology and buildings,” he enthuses. “On the one hand, we want all of the building’s data to be available in an app at the touch of a button, but on the other hand, there is a new trend which leans towards including less technology and more human interaction regarding room atmosphere. Less automated control and more intelligent use of natural opportunities. Things certainly remain exciting.”

www.carlosmartinez.ch Read the feature on issuu