C ircumstances count. Caramel Architekten strongly believe in the influence of surroundings and future users on the creative act, other than being influenced by trends and artificially created standards.

Every Caramel project therefore is unique and perfectly adjusts to the given situation, preferably by using new, or newly interpreted, materials. Take Caramel’s contribution at last year’s Venice Biennale for example, showing that the major influence by no means lies with the financial background of their clients: “We simply enjoy working for – and with people, that is the central point of our work – always!” says architect Günter Katherl. “Working with our clients on a long-term basis has created lasting friendships.”

The Places for People Biennale project involved three teams of architects and designers with the objective of developing creative approaches aimed at improving the living conditions for refugees in Austria. The resulting structures look like a merger between rotary clothes dryer and Roman tent. Easy to set up and dismantle again, they succeeded in improving the user experience at a Vienna-based shelter at the modest cost of 50 euros per person. The ‘Home Made’ tool set is now being used in a further range of both professional and private situations. This resulting ‘closed loop’ fulfils the original aim of the architects to build for not just one target group, but for everyone. 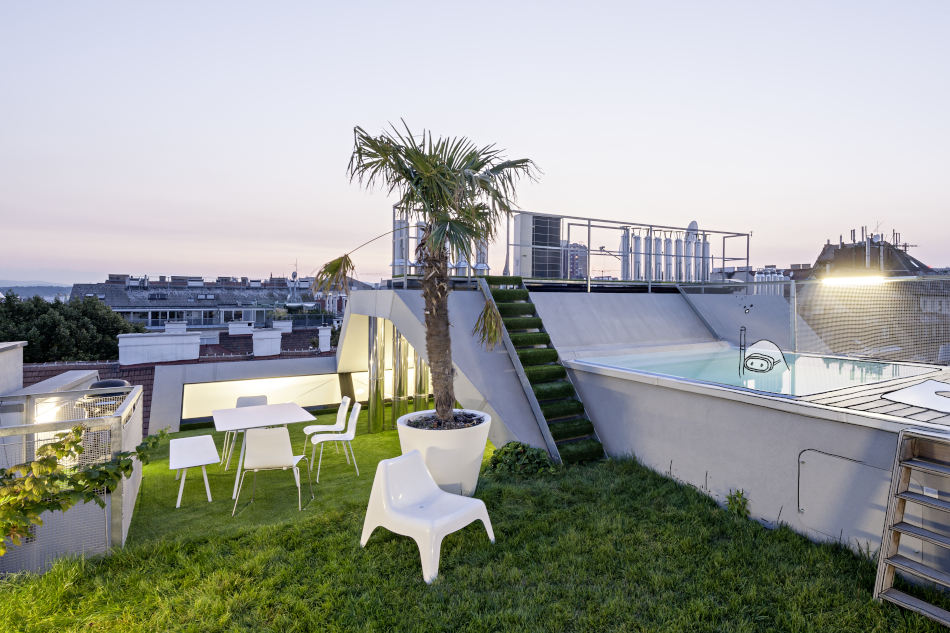 Caramel were chosen as one of three Austrian representatives at the 2016 Venice Biennale based on their constructive problem-solving attitude towards urban densification, successfully also shown with their award-winning ‘Haus CJ_5’ in Vienna. The abbreviation CJ_5 stands for ‘Cooking-Jockey_5m’. It is named after the kitchen unit that features only five metres in width, as does the entire house. The CJ_5 floor plan thus had to be constructed on a plot measuring five by 35 metres. By integrating the aspect of density into the building’s design, while at the same time managing to create an air and light-filled living space, Caramel provide the answer to an open question that urban society faces everywhere. The CJ_5 did not only pave the way to the 2016 Biennale in Venice, it has also won numerous prizes such as the ‘best house’ award in 2015 and 2016 and an AIT award for innovative architecture.

The three architects Günter Katherl, Martin Haller and Ulrich Aspetsberger started out in 1999, by working on competitions together, in Martin Haller’s kitchen. They won with their very first entry, a big, international bidding with 300 participants and a great deal of prestige. Though never realised, winning that competition brought a great deal of recognition for the trio who suddenly saw their names on the title pages of several renowned architecture magazines. “We basically had no choice than further collaborate and we’ve never regretted it!” recalls Günter Katherl. The official founding of the office in Vienna followed in 2001. 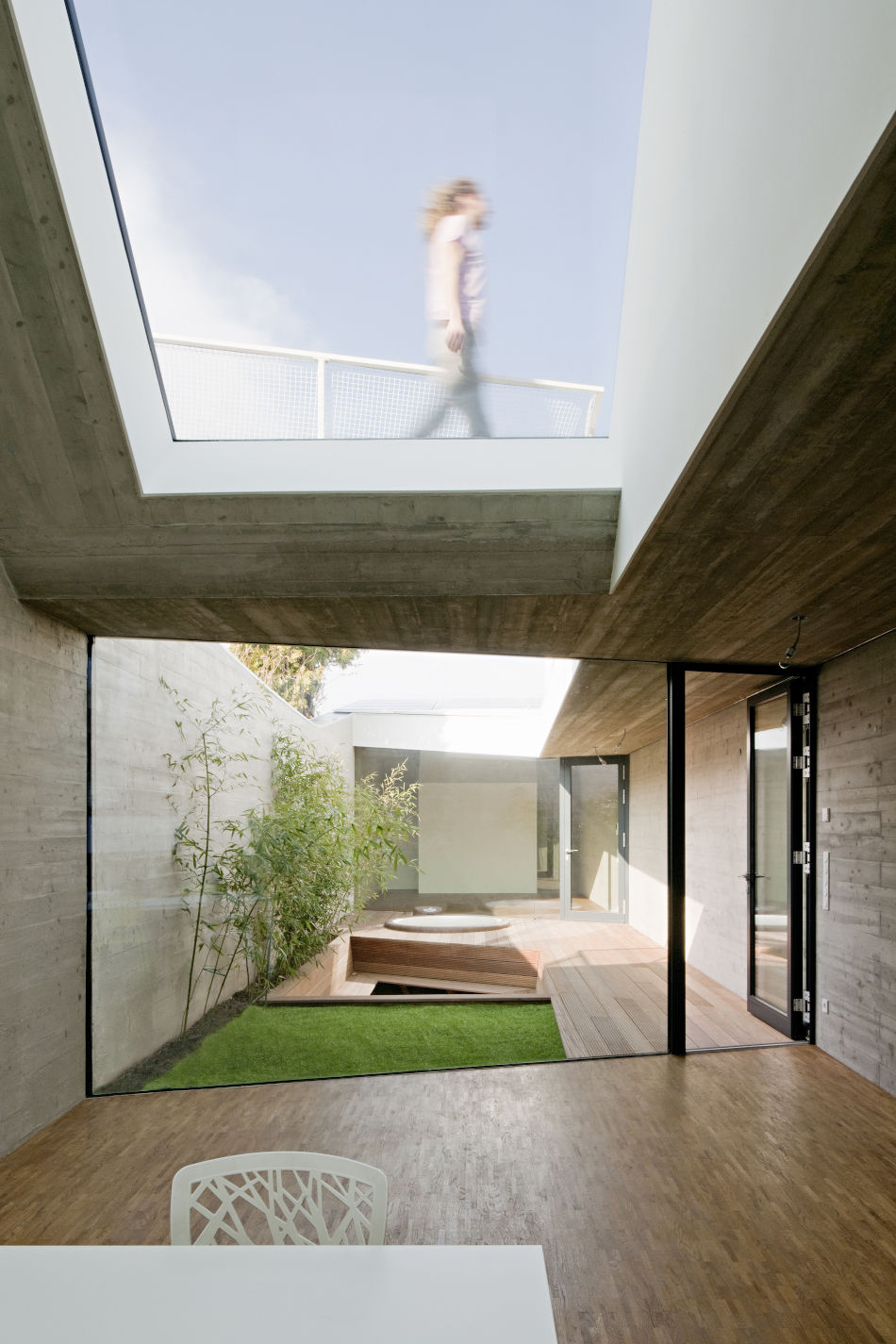 Having now grown into a team of 20 co-workers, Caramel just recently moved into a new space perfectly designed to the architects’ needs. “For designing the new office, we finally came to be our own clients – about time!” says Günter Katherl. With the compact working space’s efficiency and the invitingly spacious mobility sections “for everything else”, the co-workers enjoy the new surroundings so much they “never feel the urge to go home”. With newly enhanced enthusiasm, the team have resumed working on their busy 2017 agenda.

Caramel projects currently in the works are the two private homes of ‘Haus Rock’ and ‘Haus am Berg’. Two clean-shaped and constructivist modern structures, they offer interesting solutions, managing for example a sloping plot (‘Haus am Berg’) and making use of overhanging upper floors, a Caramel favorite to grant even more space both up and below.

With the recently finished ‘m24’, a roof extension for a Vienna Gründerzeit house, urban densification takes yet another turn with Caramel. Almost not visible from down below, the specific construction allows “the outer flowing into the interior”, by connecting each room with a rooftop garden idyll. Opening up to various directions, all free spaces offer panoramic views. With most rooms following up on the idea of flowing transitions, two bedrooms and a home office provide for the necessary retreat. 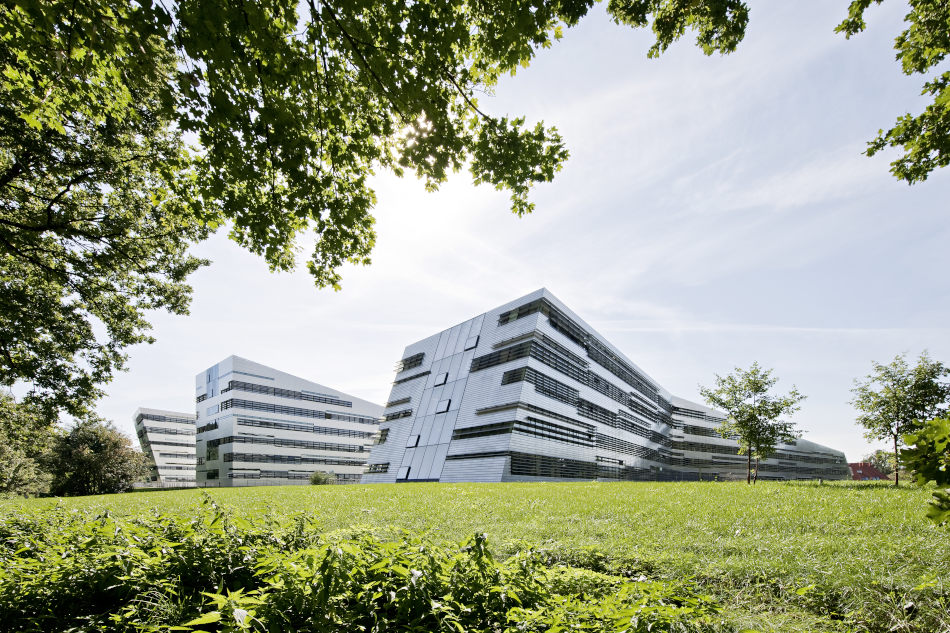 Caramel architects also frequently cover larger projects. Successful examples are the ‘Science Park Linz’ to which an extension is currently being tackled, the Krems federal school centre and, last but not least, the ‘World of Sports’ headquarters in Germany. However, private housing is as high on the list as ever right now. Next is the ‘Mietgestalten’ rental project, a space co-created together with the future inhabitants. Last but not least, a compact residential high-rise in Vienna’s Simmering district is being realised, together with the former Caramel co-workers of heimspiel Architekten. As Günter Katherl states: “Caramel have finally arrived at creating the kind of housing that Vienna so desperately needs.”

www.caramel.at Read the feature on issuu

RDR architectes: VALUES AND INSIGHTS FOR TODAY AND TOMORROW

Oxid Architektur: INTO THE FUTURE WITH PRESERVATION