H e is a German television, film, stage and voice actor and is one of Germany’s few actors that class made it to Hollywood. Especially famous for his roles in the hit series  class Game of Thrones and Crossing Lines, Tom Wlaschiha talks to Discover Germany about how he managed to become internationally famous and reveals why it never is good to be invited for dinner with the Game of Thrones producers.

Born in Dohna in the former German Democratic Republic, Tom Wlaschiha quickly knew what he wanted. “At 15 or 16 I already wanted to become an actor. My uncle was a famous opera singer and he was allowed to leave East Germany occasionally in order to perform. Maybe I saw acting a bit as a possibility to see the world,” smiles Tom. After the fall of the Berlin Wall, Tom did not think twice and went to school in America for a year. “It was the best year of my life so far and I have incredible memories. It also satisfied my wanderlust – for the time being.”

Directly after coming back from the USA, Tom studied drama at the University of Music and Theatre in Leipzig. “My path can be described as a quite classical one as I started out by joining theatre companies in Dresden and Zurich. I then quickly noticed that I wanted to move to Berlin where I got some smaller, German TV roles like Tatort, Alarm fuer Cobra 11 or Ein Fall fuer zwei,” the actor explains. He adds: “Then I reached a point where I was quite unhappy with the roles I was offered in Germany. The German system is quite rigid and it’s rather difficult for young actors to get a foot in the door.” Thus, Tom decided to look for an agency in London and quickly after, the first international roles came in. The actor was seen in Steven Spielberg’s  Munich, in  Rush and The Deep amongst others. “And many, many auditions later,Game of Thrones worked out.”

Despite playing against some of the biggest Hollywood stars, he tells us that he is not usually too star-struck. “Of course I’m super happy to work with great actors because they have so much experience. I had the privilege to play opposite Donald Sutherland on three seasons of Crossing Lines. He was incredible to work with and to think that he was already successful when I was only born made it all the more special,” Tom laughs and adds: “Years ago on Valkyrie I shook hands with Tom Cruise but the scene didn’t make it to the final cut. That’s something that happens quite a lot to young actors but nevertheless, it’s the experience that counts.” Luckily, not many more scenes got cut out of his following projects. Otherwise we might have not seen him as Jaqen H’ghar in the second, fifth and sixth season of Game of Thrones.

‘A girl has no name’

Game of Thrones fans will know that this is the quote Tom’s character Jaqen H’ghar is most famous for. “I’ve got used to people coming up to me on the street and talking to me in the third person or saying ‘Valar morghulis’,” the actor smiles. When applying for Game of Thrones with a self-shot video, Tom did not know how popular the HBO series would become. “I didn’t even know Game of Thrones. I only knew that the audition was for an American fantasy series. Of course, I am super thrilled about how it’s turned out. For me, as an actor, it has been amazing to be part of such a big production, to get the chance to work with the best people in their respective fields on so many different locations.” 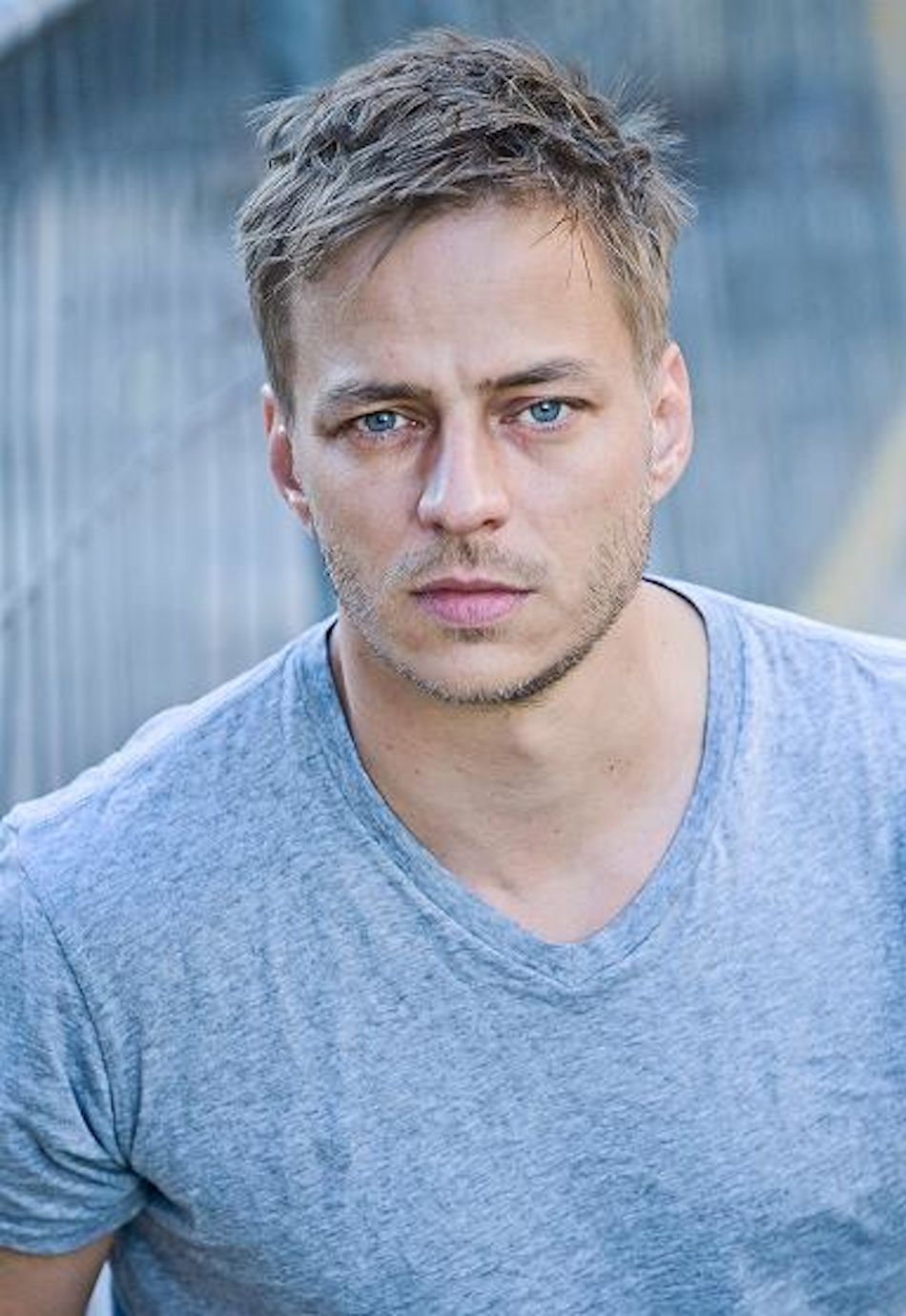 In Game of Thrones, Tom plays Jaqen H’ghar, a long-haired contract killer. “He has secrets which haven’t been fully revealed. This is what makes him quite fascinating for viewers, on top of his distinctive way of speaking that makes him stand out. He’s an outright cool character.” Of course, we wanted to know how he liked his long hair while playing Jaqen H’ghar. Tom laughs: “It’s nothing new to me. I had similar hair at 24. But because I had to show up an hour before everyone else for getting my make-up done at the theatre, I decided to cut it off at some point.”

So, what are the main success factors behind Game of Thrones? “The scripts are incredibly well written, that’s essential. When you have a great script, you can make a film with virtually unknown actors – as seen on Game of Thrones. None of the actors were hugely famous at the start, except for Sean Bean perhaps, but he already bit the dust in the first season,” Tom laughs. “That’s proof that you don’t always need to cast famous actors for a project to be successful. The original books by George R.R. Martin are masterpieces. I like to compare them to a modern Shakespeare with all these ambiguous and complex characters that inhabit them. These are stories about humans with all their dreams, imperfections and darker sides. You never know what’s going to happen next – just like in real life.”

“Not even the actors know whether their characters survive the next season or if they’re in for a gruesome death. As the show has caught up with the published books, our fate’s now entirely in the hand of the producers. Only they know what’s going to happen next. However, I heard that it’s always a bad sign when they invite you for dinner,” the actor smiles. “That’s mostly a sign that you won’t last very much longer.”

Having lived in London for two years, Tom quickly moved back to his favourite city Berlin where he’s been residing for about 15 years. “Berlin is simply the most relaxed city that I know. You sometimes don’t even feel like you’re in a city at all with all the green spaces. In London, everyone just rushes around the whole time and that got a bit too much for me.”

When Tom does not stand in front of a camera, he also works as a voice actor and has a project alongside the German Ministry of Cooperation to advocate climate change measures and food security in developing countries and emerging markets. “Climate change is quite an abstract term which we constantly hear, but Europeans don’t really feel the effects of it yet and thus easily forget about it. That’s why we have produced a series of short documentaries which address primarily young people. We want to show what climate change really means and what can be done to ease the effects. I’ve always been interested in these kind of topics and it was a great opportunity for me to interview people in various countries and learn how climate change directly affects their lives,” the actor explains.

For those who want to see Tom on the screen again, do not despair. He just finished filming Ken Duken’s Berlin Falling. The movie is due to be out at the end of the year and will also air on SKY. “Currently I’m filming an episode of SCHULD, a mini-series for ZDF alongside Iris Berben and Moritz Bleibtreu. After that, I will wait and see what comes my way,” notes Tom. “After all, that’s the cool thing about my job and one of the reasons why I love what I do. You get to work with interesting people and the job is never ever predictable.” 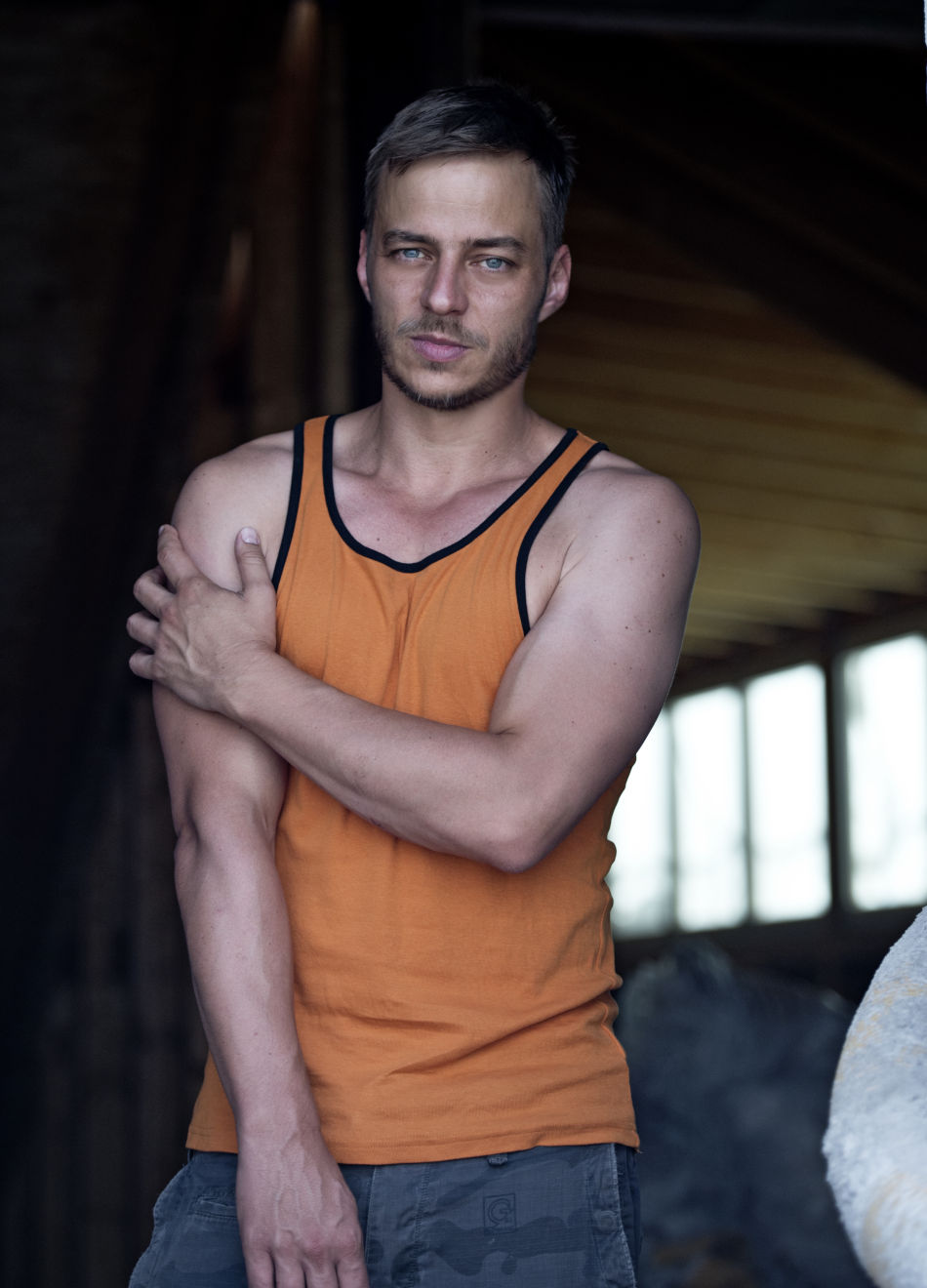