THE TRADITION OF EASTER RIDING IN EASTERN GERMANY

Easter riding, or Osterreiten as the tradition is known in German, is a solemn, gently paced practice. It takes place on Easter Sunday, the day associated with the resurrection of Jesus Christ. Dressed in black, men ride horses in procession across countryside to the southwest of Berlin, announcing his return to life.

Osterreiten is associated primarily with the Sorb communities of Lusatia, a region whose historic boundaries straddle Brandenburg and Saxony while also reaching across the modern Germany-Poland border.

Gaze through the windows of German trains as they roll into stations in Lusatia and you’ll see that several display bilingual signs. The station names are displayed in both German and the Sorb languages. Cottbus, for example, is known as Chośebuz in Lower Sorbian. In Upper Sorbian, Bautzen is Budisyn.

The region’s Sorb minority has Slavic ancestry. Approximately 70,000 Sorbs live today in eastern Germany. In a region that is nominally Protestant, the Sorbs are predominantly Roman Catholic.

Osterreiten can be traced back at least six centuries and the tradition has seen something of a resurgence in recent years. It outlived the German Democratic Republic, a state that obstructed religion freedoms, after surviving repression during the Nazi-era – a period during which the Sorbs faced persecution. Yet, rides were reputedly held during the final months of World War II as Soviet troops closed in on the region. But in 2020, precautions put in place during Covid-19 pandemic resulted in the rides being cancelled.

The equine processions can stretch to hundreds of riders dressed in black suits, long black coats and top hats. The participants also wear white shirts, black ties and footwear that’s polished until it gleams. To untrained eyes, the riders look much like traditionally attired undertakers or mourners from some bygone age when tall, flat-topped headgear was fashionable.

In contrast to the sombre attire of riders, it’s common to see garden trees in the region draped with colourful Easter eggs. Traditionally, the eggs were hand-painted, decorated with intricate patterns or dyed and dangled from branches by ribbons. Increasingly, multicoloured and mass-produced plastic versions hang from trees whose buds remain tightly curled and sway with the spring breeze. The eggs symbolise the annual circle of life and rebirth of springtime, mirroring the symbolic resurrection of Christ celebrated during Easter Sunday services and, of course, Osterreiten. 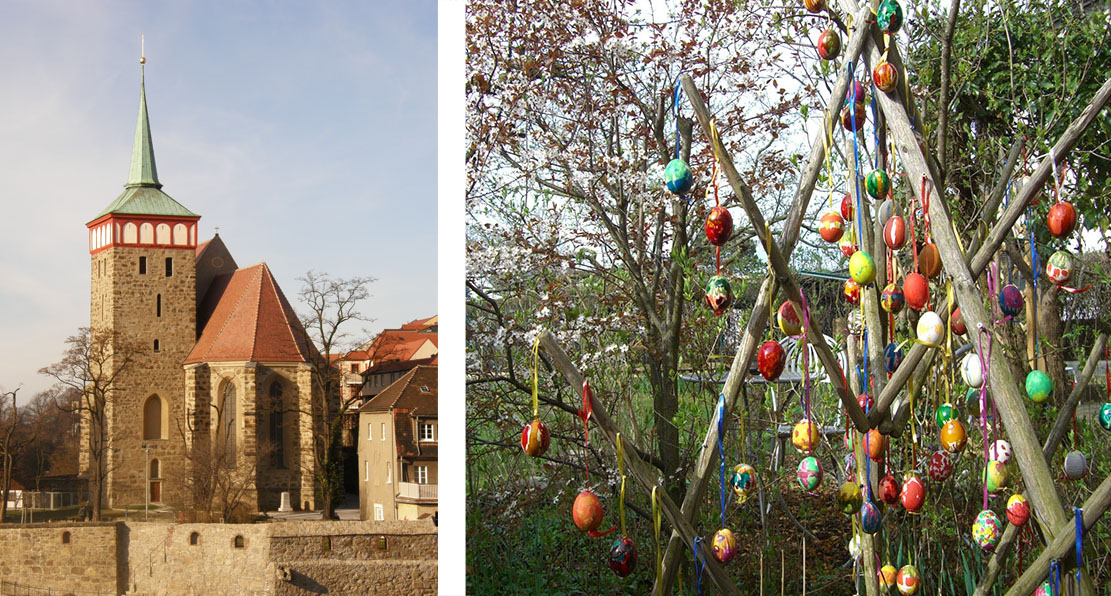 Ordained men ride as part of the columns, also in top hats, with their embroidered stoles flapping over black outer garments. Riders at the front of the columns carry red banners bearing Christian insignia, such as depictions of the lamb of God and the sun rising behind a crucifix on a hill. A figurine depicting Christ being crucified on a wooden cross may also be carried, reminding onlookers about the religious significance of the day.

Some of the horses that are ridden in the processions are sturdy beasts – pack animals that would not look out of place pulling ploughs. It’s common for the animals to be adorned by ornate breastplates and bridles bearing polished brasses or studded with metal forming patterns.

Onlookers from non-Sorb communities are drawn to observe the spectacle. Some come primarily to view the splendid looking animals. For photographers it’s an opportunity to record images of an annual event with a long heritage. Others simply come to witness the tradition and, in their own way, embrace it as a part of their own Easter celebration.

The Monastery of St Marienstern at Panschwitz- Kuckau in Saxony, 22 kilometres northwest of Bautzen, welcomes visitors into its courtyard to observe Osterreiten. The procession clomps through the arched gateway on the long-established institution and riders dismount to attend a service inside the church.

As the riders file away they sing hymns, some reading the lyrics from folded song sheets. Their sonorous songs sound powerful over the unhurried clatter of hooves on stone and the occasional neighing of the horses. The metal horseshoes reverberate on the grey cobbles that rim the courtyard and echo against the white walls of surrounding buildings.

Sorb women dressed in traditional costumes watch the columns of riders depart towards Crostwitz, approximately four kilometres away. The lace clothing worn by youthful females is stitched with bold flower patterns. The older women tend to wear black jackets that reach down over the hips of their ankle-length skirts. Raven bonnets cover their ears and tie beneath their chins.

The riders continue to sing as they head unhurriedly across fields and along roads. After sharing the message of the resurrection, the riders receive a blessing then turn and head for home. 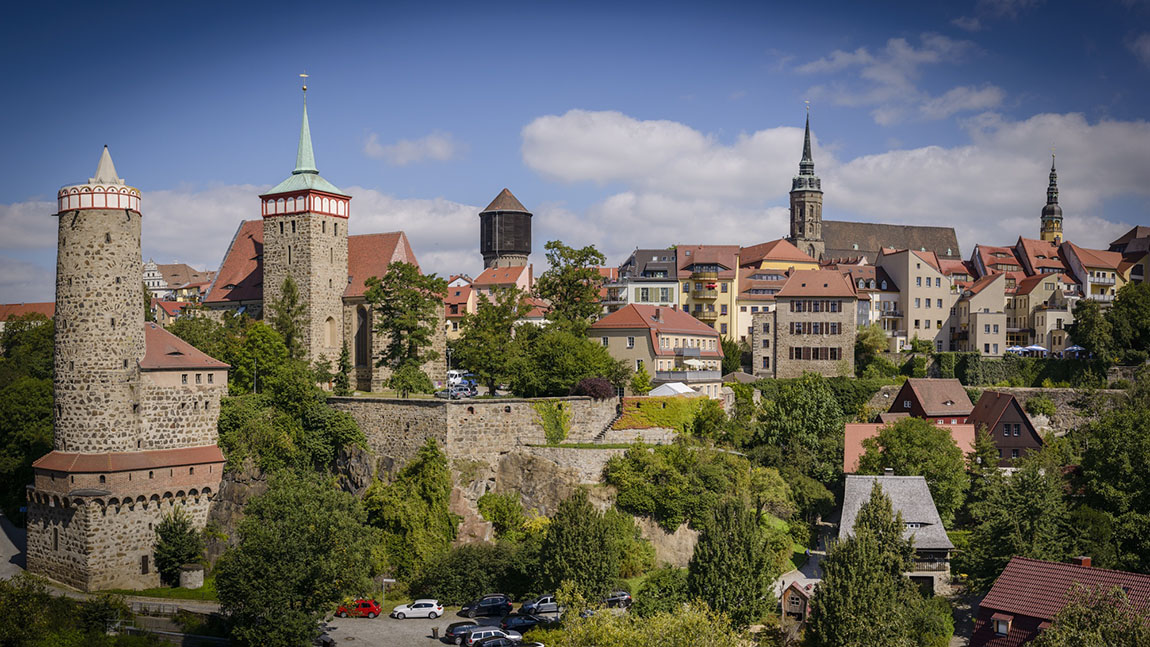 BrightFlixx®: VINTAGE FILMS IN COLOUR – AT YOUR FINGERTIPS