THE SPRING DOM IN HAMBURG

‘Wo ist der Dom?’ meaning ‘where is the cathedral?’ is one of the first simple sentences that many people learn in German. Ask that question in Bamberg or Cologne and knowledgeable locals will helpfully point you towards their city’s grandest place of worship. But don’t be surprised when the directions you’re given in Hamburg result in you wandering through a busy funfair.

Hamburg’s Dom is the largest fair in northern Germany and takes place three times a year. This year’s spring edition begins on the 25 March and continues until the 24 April. Summer and winter versions of the Dom also take place for a month.

Ask ‘was ist der Dom?’ meaning ‘what is the Dom?’ while in Hamburg and any resident who knows their history may tell you it’s the country’s longest running fair. The event’s origins can be traced to a winter festival in the first half of the 14th century.

In the 1330s, entertainers and merchants gained permission to shelter from harsh winter weather inside of the Marien-Dom – Mary’s Cathedral. That long demolished building should not be confused with the twin-spired St Marien-Dom that today stands in the St Georg district – that far more recently built brickwork place of worship was consecrated in 1893 and elevated to cathedral status in 1995.

Throughout the Middle Ages and until much later, the fair continued to be held at the Marien-Dom. The building was part of the Diocese of Hamburg-Bremen. Yet the bishop’s principal seat was in Bremen and the property in Hamburg was neglected, resulting in the premise’s gradual deterioration. The Marien-Dom remained Roman Catholic while other places of worship in Hamburg became protestant following the Reformation. The building eventually became city property as part of Napoleon Bonaparte’s sweeping secularisation. Requiring significant investment to make repairs, the decision was taken to knock it down.

“Over the centuries the term ‘Dom’ got a different meaning. The saying ‘we’re going to the Dom’ no longer meant attending a church service but going to have fun at the Christmas market,” explains Tomas Kaiser, a city guide whose Hamburg tours include architecture and cultural history themed offerings. 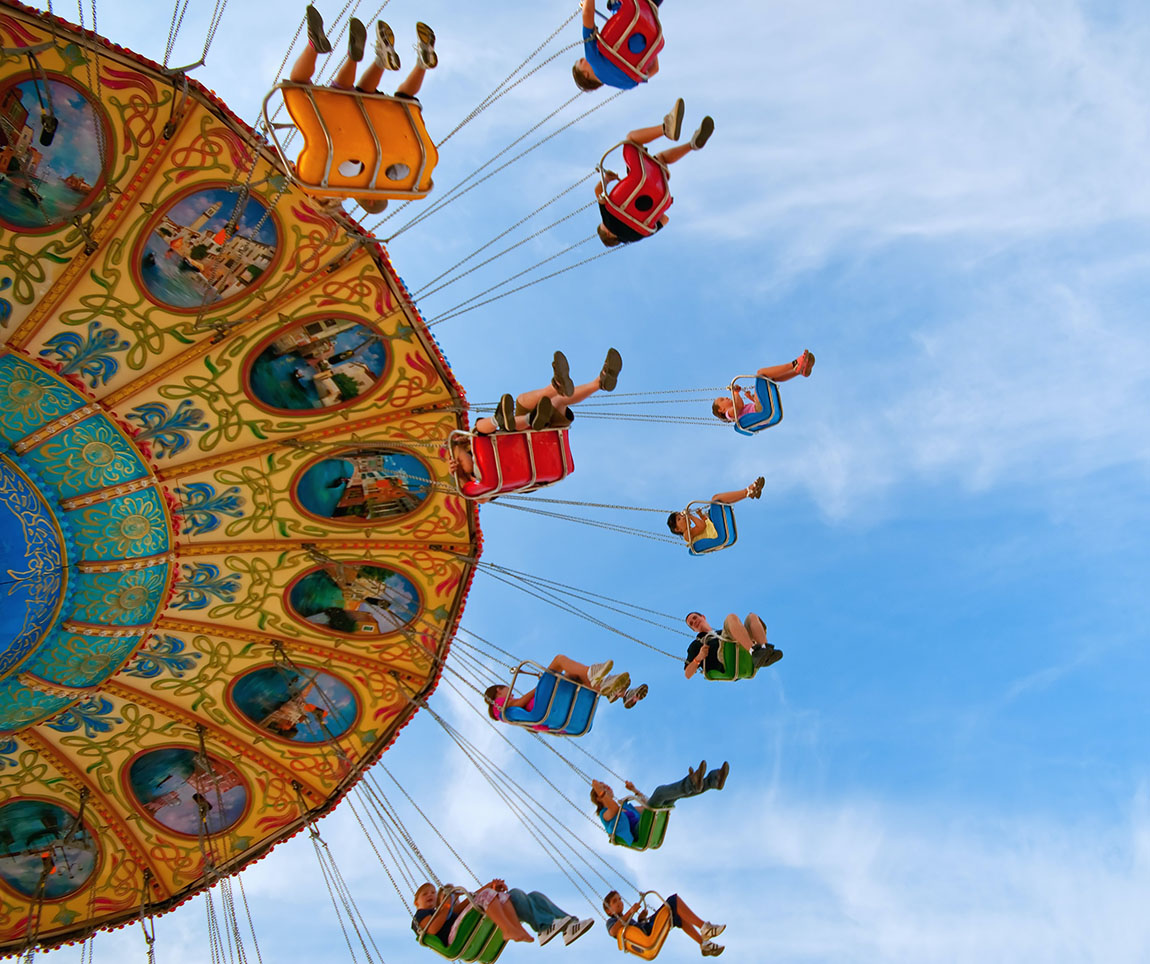 Following the demolition of its longstanding venue, the annual Dom fair took place at a variety of locations across the city, including at the Gänsemarkt. But following Hamburg’s cholera epidemic of 1892, the travelling fair was banned from the city. Consequently, it took place on open land that was then beyond the walls – in St Pauli. The Heiligengeistfeld, which translates as the ‘Holy Spirit Field, remains an open space also utilised intermittently to pitch circus tents and host large events, such as the Reeperbahn Festival in September.

The spring Dom was introduced in the 1930s while the summer edition came into being during the following decade. You’ll hear laughter, shrieks and the whirring of more than 250 attractions, including a Ferris wheel and rides that spin people high over the city. As you stroll between stalls you’ll smell the aromas of fairground treats including roasted nuts, sugar-dusted deep-fried treats known as Schmalzkuchen and snacks including currywursts – a dish that, like Berlin, Hamburg claims to have invented.

“The Dom is a major event that’s firmly fixed in our heads, regardless of whether we like it or not,” explains Tomas, from the perspective of a city resident.

“During my childhood and youth I lived nearby for several years, in the Neustadt district. My brother and I always looked forward to the Dom, where we spent many hours of our leisure time, when we had enough pocket money. As soon as that was blown it was frustrating to see all of the attractions that we were unable to ride or play. That meant no raffle tickets, no horse races, no shooting, no haunted house, no bumper cars, no carousels or roller coasters and no roasted almonds! I’d envy the people who came away with their big prizes such as the teddy bears they’d won shooting,” recalls Tomas.

“It’s perfect for families to make the children happy,” commented Julia Bankus, a Hamburg resident and the mother of youngsters aged seven and four. Prices of attractions and some of the food sold are reduced on Wednesdays, making it a popular day for parents to attend with their children.

“It’s also ideal for a fun time with adult friends, walking through the lanes of the Dom, hearing music and looking at the colourful lights. There are plenty of places to order a beer or stop for a bite to eat after riding one of the roller coasters,” she added, pointing out that the Reeperbahn, Hamburg’s famous entertainment artery, is a short walk away.

On Fridays when the Dom is being held, fireworks are fired into the night sky at 10.30pm. The spectacle can be seen from afar, but being present at the Dom means it’s possible to head on to nearby pubs and clubs.

All told, it’s an experience far removed from a cathedral visit but, in its own way, good for the soul. 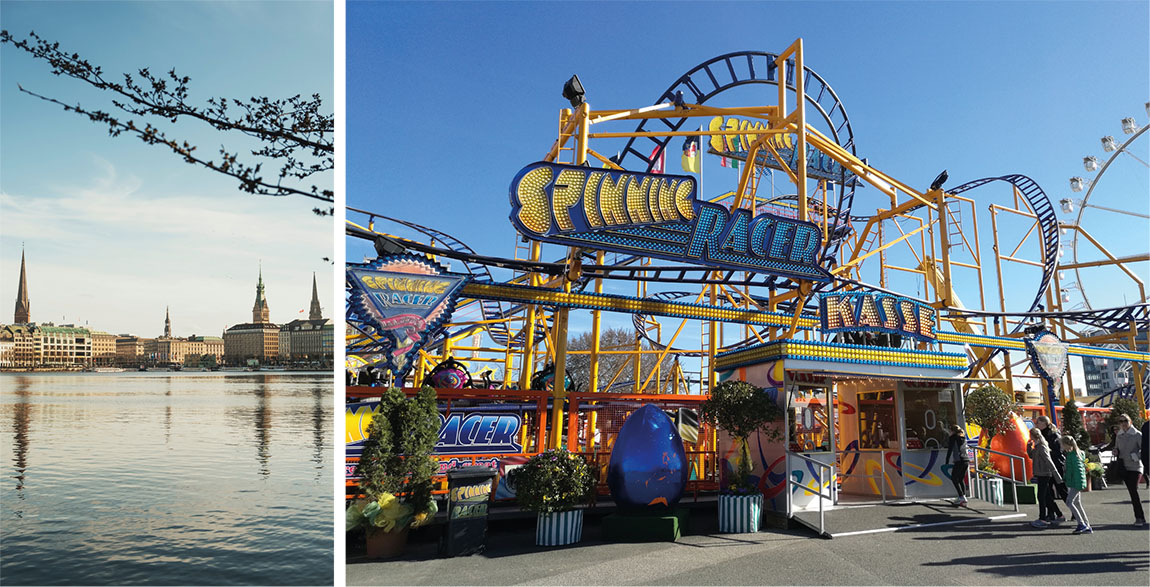