D ouble world champion, world record holder, overall World Cup winner, 12 World Cup wins in total, winner of the Four Hills Tournament 2014/2015; the list goes on. Austrian ski jumper Stefan Kraft is one of the country’s most famous sports prodigies. He talks to Discover Germany about the fascination of flying, his future aspirations, the love for the countryside and much more.

“You try to have your things together at the bar. Of course, you might have heard how the previous jumpers did and you slightly notice the fans far down below. But then you entirely concentrate on yourself, you only have one or two important things in mind. When you jump, you don’t think about anything; you just have that awesome jump-feeling.” This is what Austrian star ski jumper Stefan Kraft experiences just before jumping off the hill. But how did it all start? Let’s take a look at how a young boy from Austria became a staple of international ski jumping.

Born and bred in Vorarlberg’s Schwarzach, the 24-year-old soon knew what he wanted. “Until I was ten, I was a passionate football player and still am today – I’m a big fan of FC Bayern Munich,” Kraft smiles. He adds: “One day, a friend of mine took me to ski jumping training and the rest is history. I was immediately fascinated by the flight feeling and the vastness you experience up there.” Only a few days later, Kraft stood on top of the ski jumping hill himself. “I went on increasingly larger jumping hills and the feeling became better and better until ski jumping completely captured me. Until this day, the fascination of flying is what keeps me going. It’s such a special and indescribable feeling.” 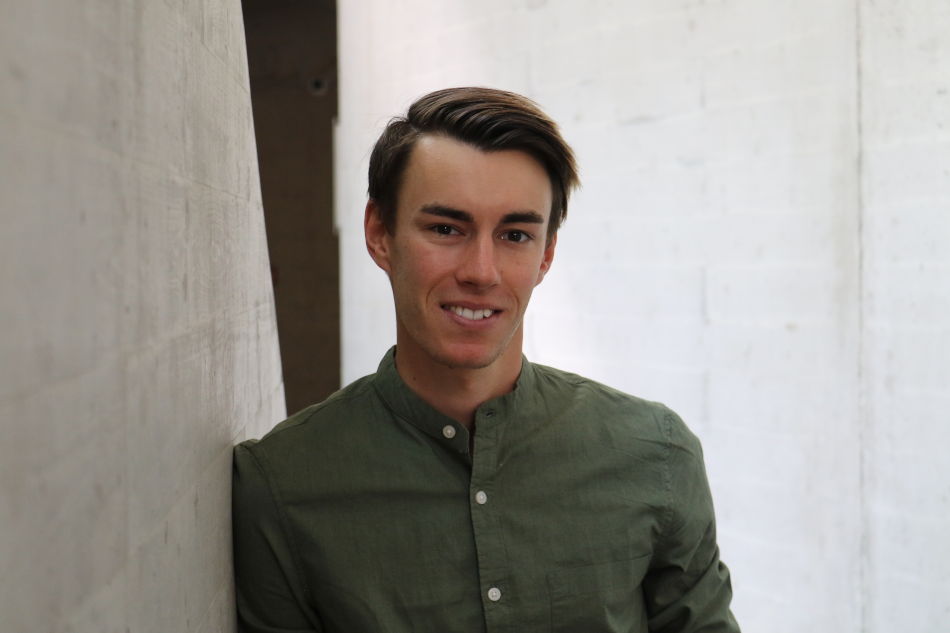 Shortly after, he got accepted into Salzburg’s Ski Association (SLSV) and went to the SHS sports middle school in Bischofshofen to foster his ski jumping talent further. “After completing SHS, I didn’t think twice about where I wanted to go. When I heard my role models – the best Austrian ski jumpers – went to the ski secondary school in Stams, it was the only option for me,” Kraft explains, and adds: “Of course, it was a bit of a challenge organisationally at first, but my family has always supported me. Sometimes I had study materials with me during the training course but generally, the school systems were geared towards me being able to deal with sport and school equally.”

The importance of a down-to-earth attitude
It seems like going to great sports schools really paid off: Stefan Kraft went on to become one of Austria’s most successful ski jumpers. Among his greatest achievements are winning the Four Hill Tournament 2014/2015, becoming Austria’s first double world champion in ski jumping at the Nordic World Ski Championships in Lahti 2017, winning the overall World Cup in 2016/2017, winning 12 World Cups in total and, of course, setting the ski flying world record with 235.5 metres in Vikersundbakken in 2017. Kraft says: “Each and every victory brings along special feelings and emotions. Of course, the first World Cup win is something very special. Or back then, when I was able to stand on the podium with my friend and roommate Michi Hayböck during the Four Hill Tournament in Oberstdorf. Of course, the overall World Cup win is also very special to me as it was the most emotional moment for me. After all, this win shows the consistency and good performance over an entire season.” Setting a world record was also a big highlight in Kraft’s career: “It has always been a dream of mine to be the one that jumps the furthest. The fact that I actually achieved this is simply unbelievable and really hard to describe.” 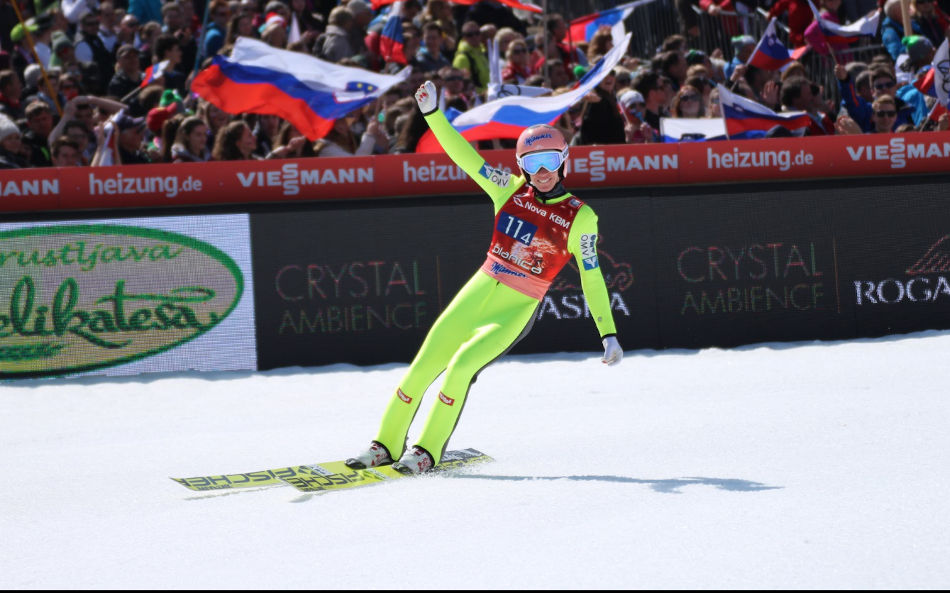 All of these achievements are results of sweat, more sweat and very hard work. According to Kraft, the first step to success is the constant preparation in spring, summer and the autumn months. A typical day in the preparation phase usually involves heading to the training centre in Rif where Kraft works on his strength and fine-tunes his jumps, followed by active regeneration and the occasional press appointment. “And the second step to accomplishment is that, with growing success, you have to keep a down-to-earth attitude. On the one hand, I learned that from my family and on the other, it’s the signature of my systemic coach Patrick Murnig. Like my friend and roommate Michi Hayböck, I have already worked with Patrick for six years and he simply knows me very well and I fully trust him. I do think that working with Patrick and being part of JumpandReach is surely something that makes me stand out from others.”

When Stefan Kraft isn’t preparing for the next competition or season, he likes to spend some relaxing time at home in Oberalm near Salzburg and in the surrounding nature to wind down. He smiles: “Preferably, I do that with my girlfriend but having a barbeque with some friends is in order every now and then too. I simply enjoy the calm and quiet in Oberalm. Apart from that, watching football – especially FC Bayern Munich games – is an awesome pastime for me. But what I like most is driving to Croatia with the caravan. I just love the down-to-earth simplicity it involves. However, last year, I went to the Maldives with my girlfriend which was a great experience too.”

“I hope to stay the way I am“
At the young age of 24, Stefan Kraft has already achieved a great deal. We want to know what other dreams and wishes he has for the future. “What I expect from myself and what I always work on too is that I hope to stay the way I am. This has been very important to me from the very start and has been my overarching aim. In an athletic sense, I want to keep developing myself further and I want to continue counting towards the world leaders in ski jumping. Of course, staying healthy is another goal which in itself, would count for a lot,” he says and adds: “Another highlight will be participating in my first Olympic Games this year. And just like so many other athletes, I dream of a medal at the Olympic Games.” 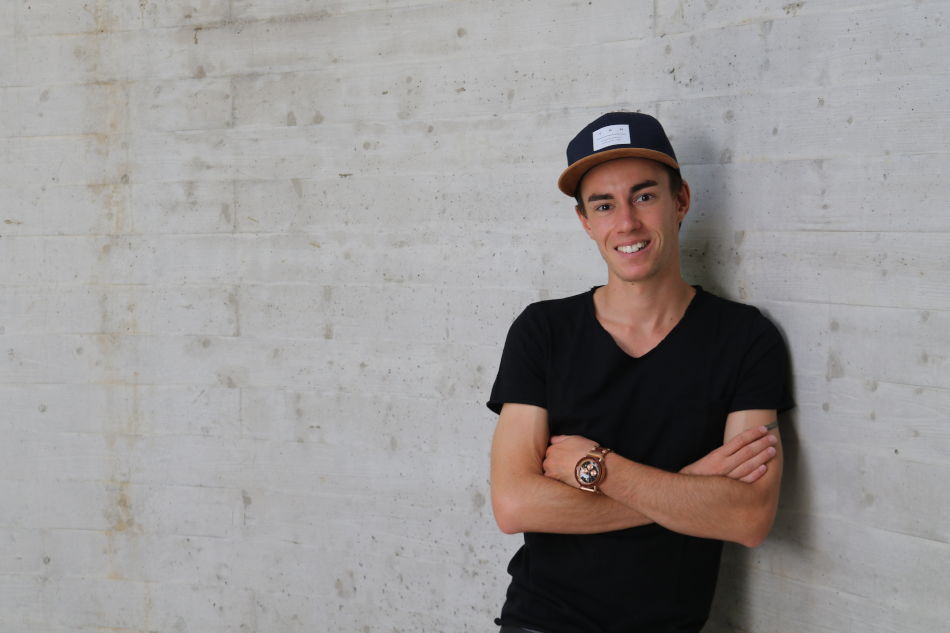