B est known for her roles in Honigfrauen, Jack the Ripper, Deutschland 83, Deutschland 86, Ku’damm 56 and Ku’damm 59, German actress Sonja Gerhardt is back with a new cinema production – Kalte Füße. She talks to Discover Germany about her latest film, the success of the Ku’damm series, her love for dancing and much more.

Born on 2 April 1989 in Berlin, Sonja Gerhardt soon knew that she wanted to become an actress. She danced in the children’s ensemble of Berlin’s Friedrichstadt Palast for 11 years. She recalls: “I was able to gain my first stage experiences at the Friedrichstadt-Palast and I would recommend anyone wishing to become an actor to visit acting courses or something similar to see if the job is really the right choice for oneself. But even if the process can be arduous at times, you should always believe in yourself and remain true to yourself. I always wanted to become an actress because I love to embody different characters, create new worlds with my own imagination, encourage viewers to think and reflect or take them onto exciting journeys through time.”

A diverse range of roles
This very passion for acting soon got recognised and the first acting roles came in soon after her time at the Friedrichstadt-Palast. From 2006 to 2007, for example, she was seen in the Sat.1 soap Schmetterlinge im Bauch, in 2009 she played Melanie in the cinema release Die Wilden Hühner und das Leben and lately, she has been seen in the TV films Honigfrauen and Jack the Ripper, the productions Deutschland 83 and Deutschland 86, as well as in the ZDF highlights Ku’damm 56 and Ku’damm 59. For her role in the award-winning Ku’damm 56 production, she won the Bavarian TV Award for Best Actress, the Jupiter Award for Best TV Actress and the German Television Award for Best Actress, while being nominated for many more.

“I will always remember filming Ku’damm 56. From the initial casting to finishing shooting, the project was an incredibly exciting challenge and such great fun at the same time. I was not only able to dance in the sequel Ku’damm 59 but was able to show an entirely new facet through the singing parts. Furthermore, my character Monika Schöllack experiences an impressive development and frees herself of the shackles of the social constraints of the ‘50s. She became confident and went her own way despite the oppression she experienced. In the end, she turned out to be an emancipated young woman. She always believed in herself and tirelessly fought for gender equality,” smiles Gerhardt. 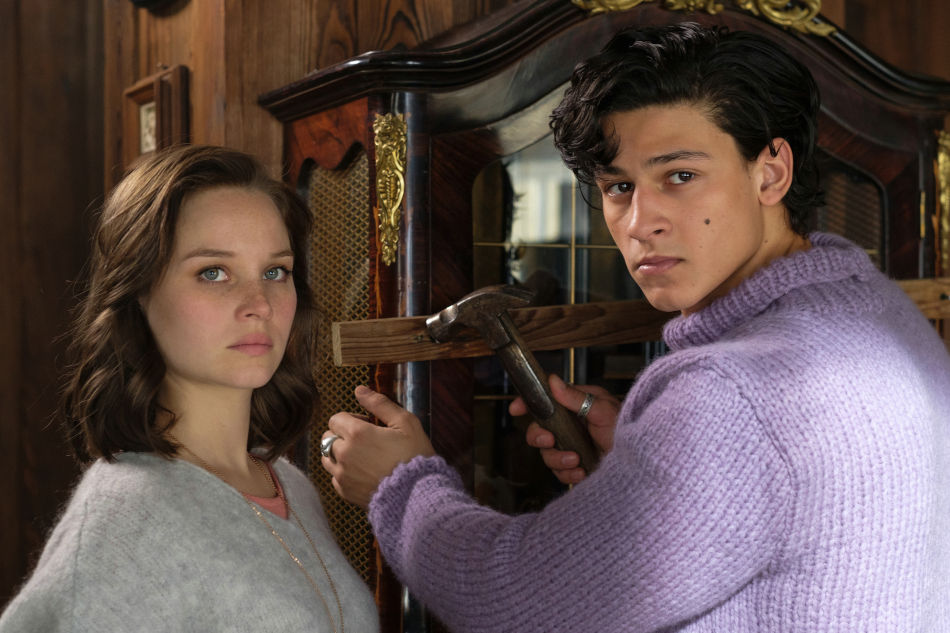 The success of Ku’damm
The actress associates the success of Ku’damm 59 with the “historic background of the movie”. “After all, the image of women of the ‘50s was shown from an entirely different side in Ku’damm. Furthermore, rock’n’roll is simply fun – whether for viewers or when you dance yourself. The true-to-detail scenes and the contemporary costumes cater for the perfect journey through time. And I hope, of course, that the film shows that we have grown together as a great team behind the camera and had a lot of fun on the set,” says Gerhardt.

Her diverse choice of roles shows that Gerhardt is not to be put into any one genre. “The script, the role and the idea the movie conveys all are important to me. Films should move viewers, they should inspire them and should make them reflect on things,” explains Gerhardt. Her latest project is the cinema comedy Kalte Füße in which Gerhardt plays a main role alongside Emilio Sakraya and Heiner Lauterbach. The production came to cinemas in January 2019 and is a funny film for the entire family with many hilarious moments, action and a lot of snow. Gerhardt recalls: “I even had to take ski lessons before shooting the film because I have never stood on skis!”

And what else can we look forward to in 2019? “The literary film Die Wolf-Gäng, in which I play the role of a very versatile witch will come to cinemas on 19 September 2019. Furthermore, I play a young lawyer who stands up for civic courage and humanity in the Sat.1 film “Ein ganz normaler Tag” (working title),” says Gerhardt. And we are already looking forward to them! 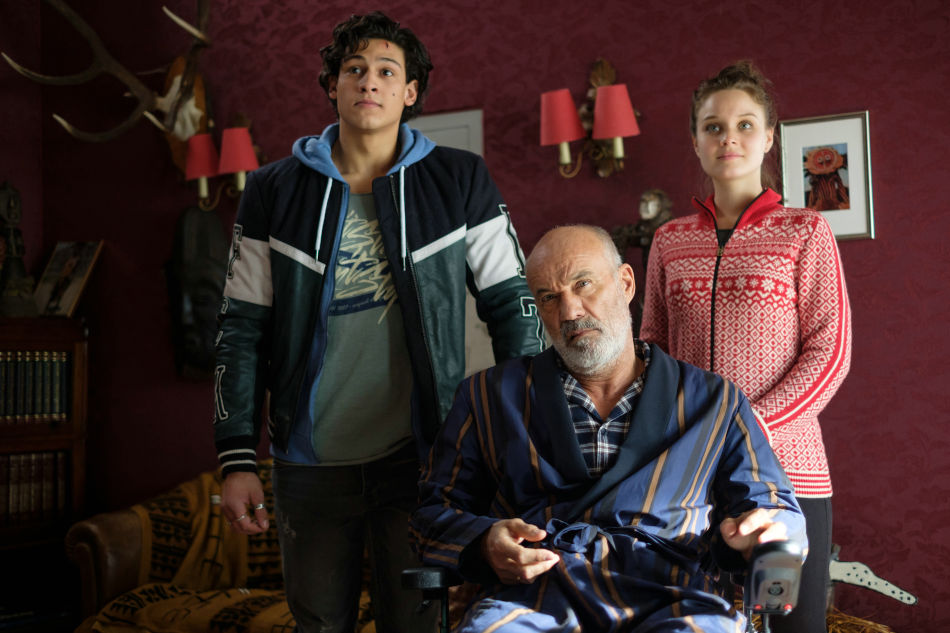 The power of dancing and… Berlin
With her busy schedule, the actress consciously tries to make time for relaxation. That is why dancing is still an integral part of Gerhardt’s life. She says: “It is a special way to express one’s feelings. All sorts of dance styles exist and with each one you can express yourself through movement. I once was part of a breakdance movie – Dessau Dancers. It’s about a couple of teenagers that grew up in the GDR and start to breakdance to peacefully express themselves.” To further relax in her free time, Gerhardt likes to switch off in nature to recharge. “I also try to meet my family and friends as often as possible when I’m not filming. Sport is also perfect as an offset to work. Or I love to read and take a bath in the cold season,” Gerhardt smiles.

Last but not least, the actress finds strength in her surroundings on a daily basis. Having grown up in Berlin, she still lives there and cannot imagine moving somewhere else anytime soon. “I simply love this city because you have everything that you might need here. I’ve got my friends and family here, I can go for nice dinners, there are numerous activity offerings, you are able to quickly get to know people from many different cultures and you experience and discover something new every day. You never get bored in Berlin! Each district is a separate universe. My tip for visitors: get to know the city on foot. Like this, you can fully focus on the moment.”