S ebastian Koch is back – with Werk ohne Autor (Never Look Away), a gripping drama, a tragic family story, an exciting thriller and an homage to the liberating power of art all in one. Discover Germany speaks to Koch about the new film that has just recently been nominated as Germany’s Oscar contender in the Best Foreign Language Film category, his busy schedule, his love for Berlin and more.

He is one of Germany’s biggest actors and exports to Hollywood. Known for his roles in the likes of the Oscar-winning film The Lives of Others, Stauffenberg, Bridge of Spies, Homeland and A Good Day to Die Hard, Sebastian Koch has worked with Tom Hanks, Steven Spielberg, Bruce Willis and Julianne Moore, amongst many others.

But let us go back to the very start. It all began in Karlsruhe, where Koch was born and grew up. He recalls: “I actually came across acting quite late. I was a passionate guitar player and was about to produce an album with a friend when acting downright intervened. My girlfriend loved to go to the theatre and through her, I got to know theatre’s unbelievable power which immediately captured me and which I then had to follow. I knew that this was my form of expression and that I had to go along with it. The guitar is still by my side – but I only use it occasionally.” Today, German and international audiences can be glad that Koch decided against playing guitar professionally, as he now captures the attention of people all over the world with gripping portrayals of stories on screen.

“Then I feel like I’m in the right place”
“The Lives of Others was a turning point for me in many ways,” explains Koch. “It’s a dream of every actor to be part of such an exceptional project. Through the Oscar, entirely new possibilities then came about. The English market suddenly opened up and for someone that chooses their scripts as carefully as me, this is a great gift. In the German film industry, The Lives of Others has certainly ensured that German actors don’t solely get the roles of blonde, blueeyed supporting characters in American Nazi-movies. This might seem normal today but wasn’t at all the norm in the past.”

Koch is known for great roles of contradictory characters and feelings which often implement social criticisms in fascinating ways. Not one to be put in one corner, Koch has played a variety of different parts and never shied away from the difficult and ugly ones, such as Andreas Baader in Heinrich Breloer’s Todesspiel. The actor explains: “I choose roles that I really want to experience myself and which fit in with my current life. When the script, the director and the partners fit, I confirm the role. For example, when I got the offer for playing in Sea Wolf, I confirmed without hesitation – simply a dream role. I think the roles that stuck with me the most have been the ones the furthest away. Maybe the journey there has been the most exciting part as it has so little to do with me. To create Professor Seeband (Werk ohne Autor) with all of his discipline, his power consciousness and his toughness, has been something rather special for me. The man wears his suits like a uniform, his posture is bolt upright. He’s a man that uses language as a weapon and can destroy his enemies with it. I’m pretty much the opposite of this. When I then see a person like this on screen, I can hardly recognise myself in him,” Koch says. 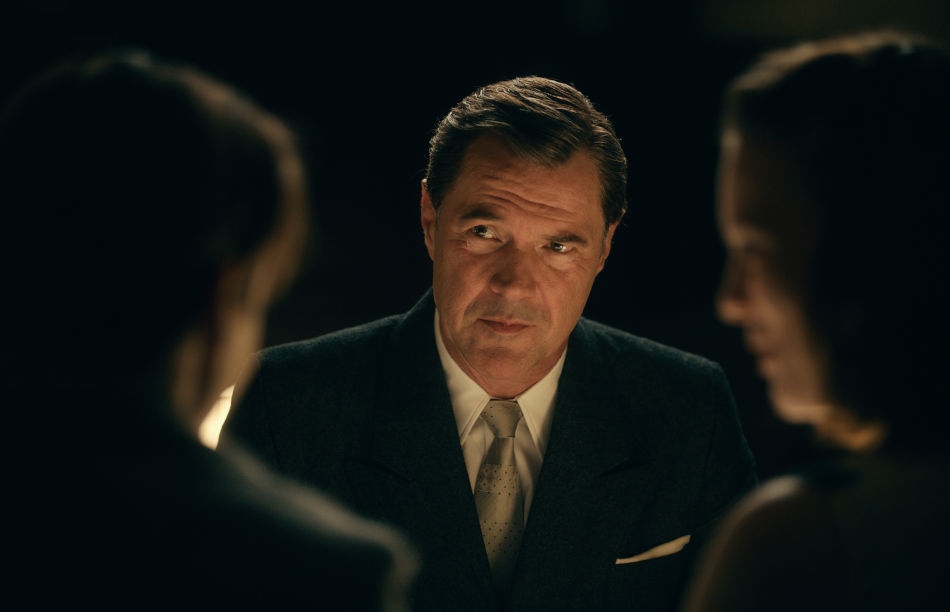 Florian Henckel von Donnersmarck’s new drama Werk ohne Autor is about the dramatic life of artist Kurt (Tom Schilling), his passionate love for Elisabeth (Paula Beer) and the momentous relationship he has with his father-in-law Professor Seeband (Koch). Coming to German cinemas on 3 October, it is an emotional rollercoaster ride through three epochs of German history, which examines themadness and tragedy of the 20th century. It is a gripping drama about the life of artist Gerhard Richter, a tragic family story, an exciting thriller and an homage to the liberating power of art.

Koch explains: “At the core of the movie lies the clash of two men who don’t have anything in common at first sight – both brilliant minds who couldn’t be  more different and have opposing views of life and the world. On the one hand, we have the young artist Kurt Barnert searching for his voice with a ravenous appetite for life which he filters through his artistic soul; the confident Professor Seeband on the other hand, has a vast knowledge but is emotionally impoverished. The irony is that both are masters in their respective fields but can’t be compatible with each other. The story lets them live together under one roof after Kurt marries Seeband’s daughter – conflicts are preprogrammed. It is a wonderful story about the essence of inspiration and the power of art. Kurt Barnert’s life makes it clear that humans are comprised of an almost alchemistic ability to transform bad things that happen to us into something good. An unmistakable relationship with The Lives of Others is apparent but presented on a much bigger screen.”

Koch believes that art and the film industry can change the world – even in today’s world where Trump, ignorance and rightwing populism seem to have become the norm. “The Lives of Others, as well as Werk ohne Autor put these topics in focus. If I wouldn’t believe in film’s ability to change the world, I wouldn’t be able to make these movies with that much passion. The Lives of Others has touched so many people and stimulated thinking – still today, I receive loving reactions. If a film can achieve that and I’m part of it, then I feel like I’m in the right place.”

“Germany is and will always be my home”
Koch has just visited Toronto, where Werk ohne Autor was presented at a festival. Before that, he was in Venice. How does the actor deal with constant travelling and being on the move? “I try to integrate long breaks from time to time. The way I immerse myself in the work almost doesn’t allow for a different life so that I have to watch out to not lose myself in it,” Koch explains, and adds: “I see the constant travelling and being away from home, my family and friends as unhealthy – one of the reasons why I haven’t taken on a large role since April last year. I have spent a wonderful summer in Berlin and feel really at home here again.”

In fact, Berlin became Koch’s home in 1990 when he got offered a three-year contract at the Schiller Theatre. He smiles: “Germany is and will always be my home. Even though the German thoroughness and the inflexible reaction to change keeps annoying me, I’m home here. When I first came to Berlin, the city was an island, a very special village far off the world metropolis which it represents today. It was fun to witness Berlin’s transformation with all its highs and lows. One of the most important moments on this path was the covering of the Reichstag by Christo and his wife. That was the moment Berlin opened up to the world. This piece of art had such power and I can remember all these people from everywhere in the world meeting in front of this history-laden building – a loving, tolerant togetherness which has further developed until today.”

And what else can we look forward to from the actor besides Werk ohne Autor this year? Koch says: “In September, a movie will come to cinemas in America which I made with Julianne Moore in March last year – Bel Canto, a dramatic love story that follows a famous soprano. And since August, I have started to read screenplays again. There are some beautiful ones which means that I will most likely get going again next year…!”

We are already looking forward to it. 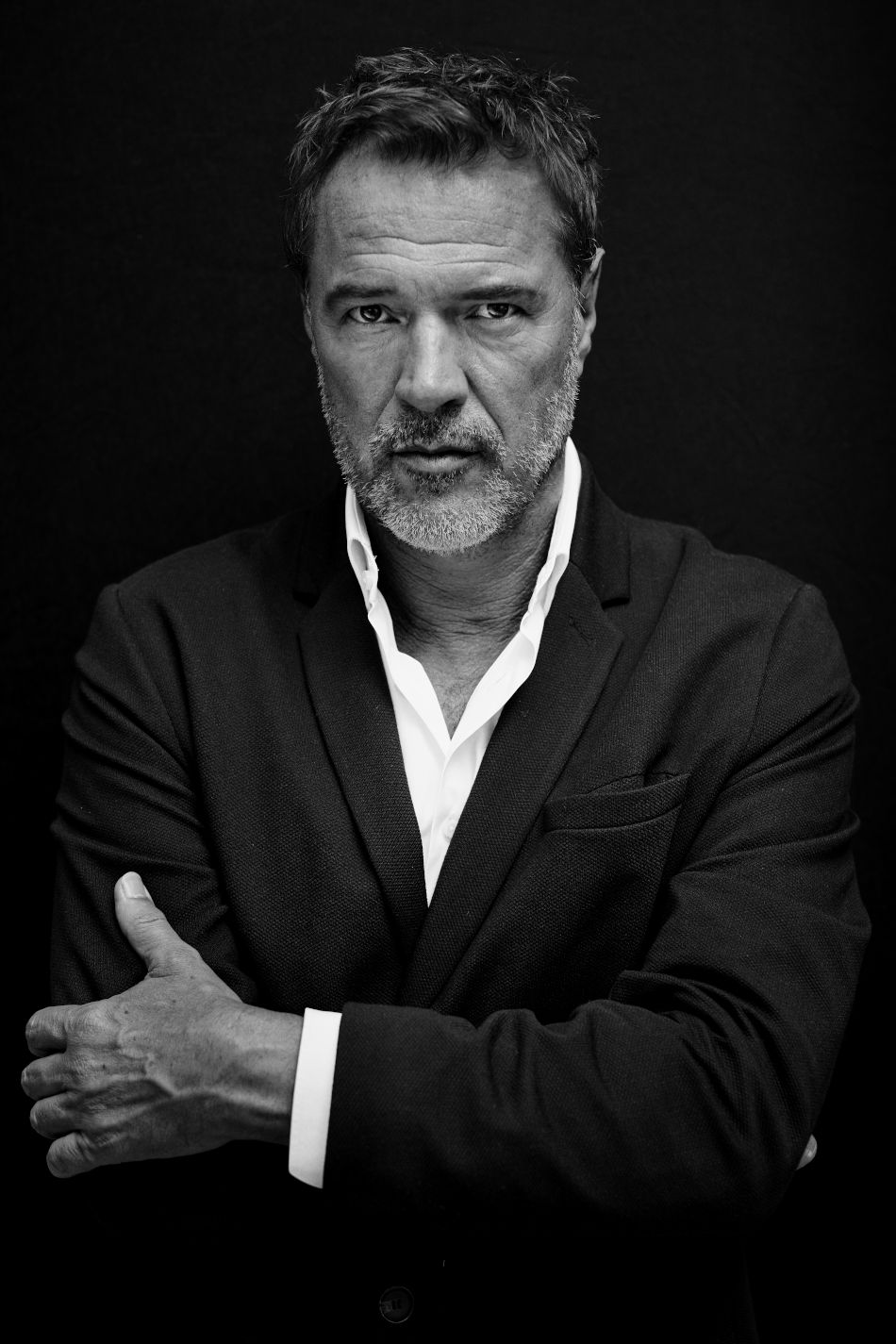