A village in Germany’s Bavarian Alps is re-enacting the suffering, death and resurrection of Jesus Christ – as it has done since 1634. Performed only every ten years, or in this case with a two year delay, the 42nd Passion Play premieres this month.

When a deadly bubonic plague arrived on their doorstep in 1633, the villagers of Oberammergau made a vow. “Faced with the great distress that the terrible illness inflicted upon the population, the leaders of the community came together and pledged to hold a passion tragedy once every ten years. From this day forward, not a single person perished, even though a great number of them still showed signs of the plague,” wrote Pastor Daisenberger in his village chronicles.

The following year, during the Whitsun celebration, the people of Oberammergau held the first presentation of the Play of the Suffering, Death and Resurrection of our Lord, Jesus Christ on a stage which they erected on the cemetery over the fresh graves of the plague victims.

Since 1634, the world’s most famous Passion Play has changed in a number of ways, such as the performance text that has become traditional only dating from the 19th and not the 17th century. More recently, under the lead of one of Germany’s most prominent stage directors, further anti-Semitic undertones were removed and non-Catholics as well as married women are now allowed to participate. “The staging changes fundamentally every time”, says Christian Stückl, who directs for the fourth time. “Since the Passion Play takes place once every ten years, I keep having to write the text in a new way, tell the story in a new way. I’ll include things I learned from the previous Play”.

What has not changed though, is that the theatre production brings the people of Oberammergau together every ten years, and being given one of the key roles is a great honour. “The announcement of the cast is a very important event in which the entire village assembles in front of the theatre”, says Frederik Mayet who was chosen to play Jesus for the second time. “The main roles are put up for everyone to see on a big blackboard. And I was really surprised to be given the lead again”. The role of Jesus is double-cast because of its demands, and is shared between Mayet, a press officer for a Munich theatre, and Rochus Rückel, an aerospace engineering student.

“Playing Jesus is physically and emotionally challenging,” recalls Mayet. “’Dying’ on the cross night after night, hanging there for 20 minutes does take its toll.” None of the actors are professionals and all of them are committed for the entire five-month run (14 May to 2 October 2022) which might mean missing a term at university or taking unpaid leave. Only people who were either born in Oberammergau or have been living there for 20 years can take part. 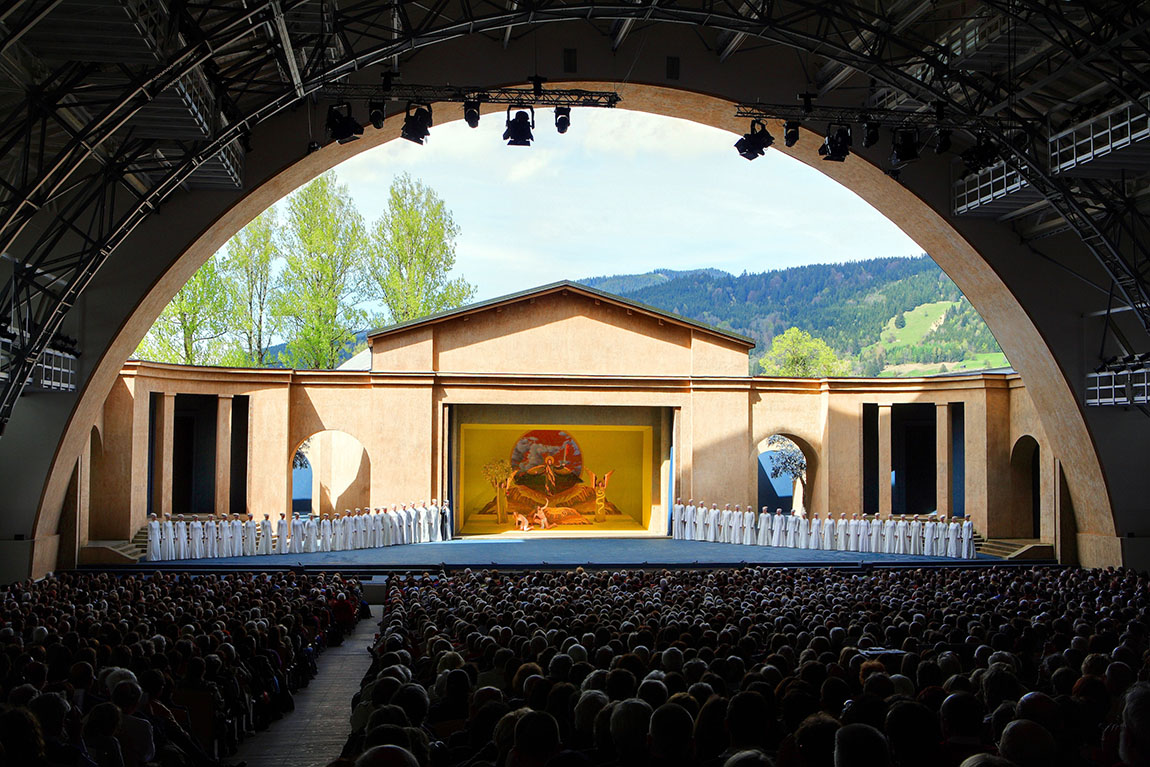 The dimensions of the play are enormous. The stage was custom built to carry 800 people at once; the orchestral pit accommodates more than 100 musicians. For this year’s performance, 1,554 adults along with over 500 children – roughly half the population of the town – all end up onstage in some capacity or another, even if it’s only brandishing a spear or waving palm fronds. Many villagers born in Oberammergau grow up with the play and its culture, often holding several roles in their lifetime. In 2022, the cast will span several generations again, from tiny infants all the way to pensioners in their 70s and 80s. 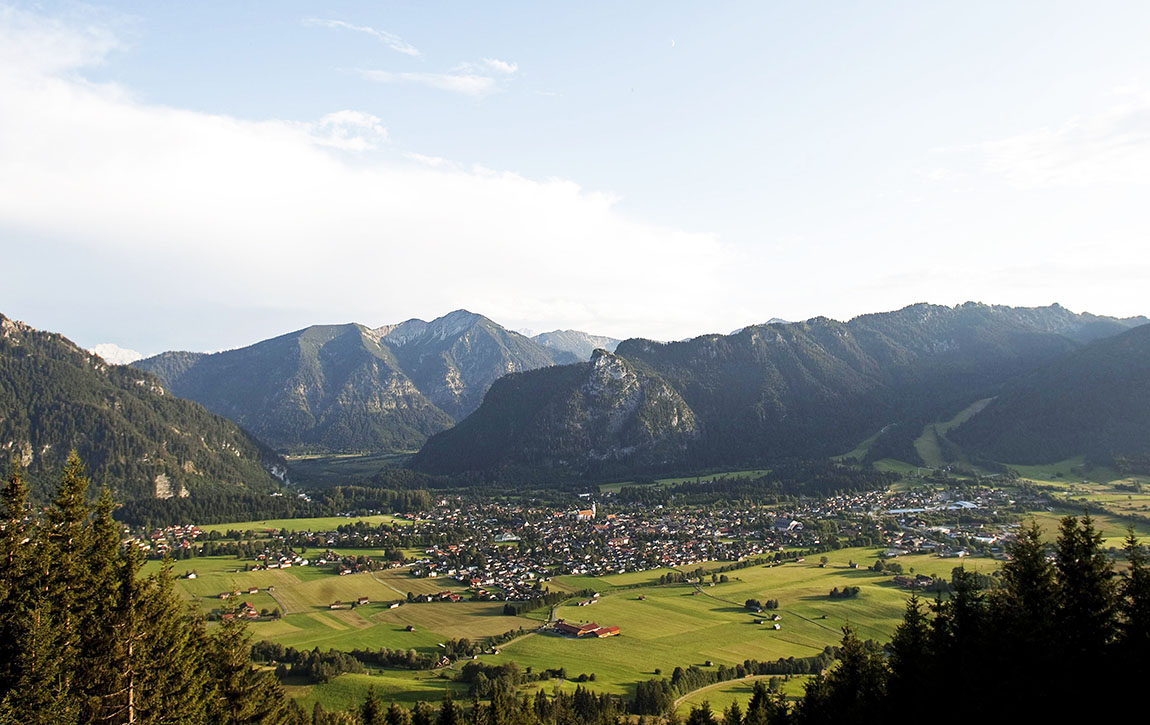 Preparations for the Passion Play start well over a year before the premiere. This time, due to the worldwide Covid 19 pandemic, they date back more than three years. On 20 October 2018, the villagers renewed the 1633 pledge and the main cast was announced. In September 2019, the leading actors travelled to Jerusalem to experience places like the Mount of Olives that are part of the play, and in November, rehearsals officially began – only to be stopped eight weeks before the premiere in May 2020. After four postponements, the play is back on. The famous Hair and Beard Decree (male performers are not allowed to shave or cut their hair) has been in force since February 2021 and rehearsals commenced on 6 January 2022.

The play lasts five and a half hours, not counting a long dinner break midway through. It used to take place in daylight, but now, under Stückl’s direction, starts in early afternoon with the entry into Jerusalem and finishes about 10.30pm with the resurrection. Despite current travel and audience size restrictions, Oberammergau expects hundreds of thousands of visitors once more. As they say, the show must go on – in this case, for another few centuries at least!

Kai Schumann: “I TRY NOT TO SEE THE BIG PICTURE, BUT THE NOW.”

WINTER AT DAVOS KLOSTERS IN SWITZERLAND