This month marks the 50th anniversary of the start of the Games of the XX Olympiad. More widely known as the 1972 Summer Olympics, they were held in Munich between 26 August and 11 September. Half a century on, the Olympiapark’s unique architecture remains in use and continues to impress visitors to Bavaria’s capital.

Back in 1972, Lasse Virén, nicknamed ‘the Flying Finn’, broke the world record while winning the men’s 10,000 metres, then added a second gold in the 5,000 metres. Soviet gymnast Olga Korbut went one gold better and also bagged a silver while impressing spectators in the Olympiahalle.

Representing Australia, 15-year-old Shane Gould won five medals, including three golds. Yet that remarkable feat was eclipsed by American Swimmer Mark Spitz, who won a total of seven gold medals while setting new world records in each of his events.

Those sporting achievements stand out in an Olympic Games forever tainted by a callous act of Palestinian terrorism. Israeli athletes were taken hostage in the Olympic Village. 11 were killed. Memorials to the murdered Israelis stand within the Olympic Park.

Thankfully, that is not the only legacy. In the decades since the Summer Games of 1972, Munich’s Olympic Park has continued to be used by city residents for sport and leisure. Known locally as the Olympiapark, the landscaped site is approximately 4.5 kilometres northwest of the city centre. 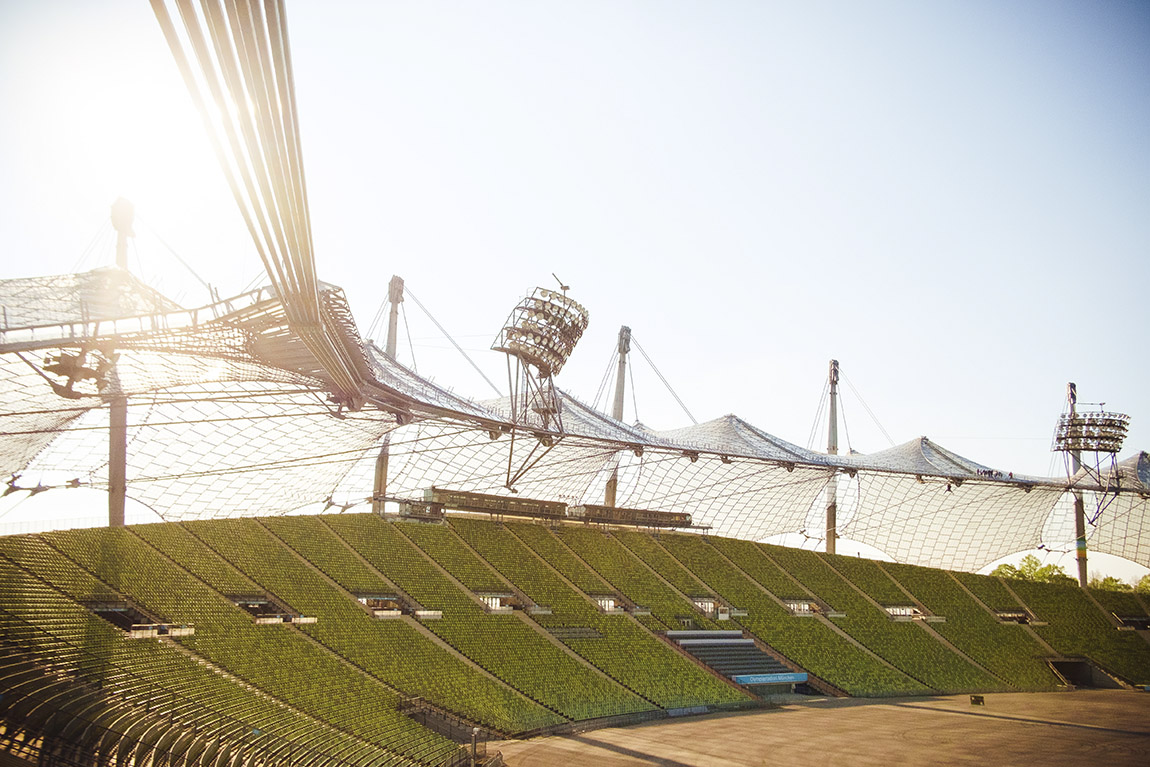 Following World War II, the rubble of destroyed buildings was transported from the devastated urban core towards the Oberwiesenfeld; an area long used by the military. The undulating features of the Olympiapark include the Olympiaberg, a 50-metre-high grassy hill that is dotted with trees. Wartime rubble forms its core.

Landscape architect Günter Grimzek masterminded the shaping of the parkland. With an artificial lake at its core, the Olympiapark’s footpaths and cycle tracks remain in popular use. The highest point of the Olympiaberg plus the observation platform 190 metres up on the Olympic Tower count as two of the best vantage points to view those trails. They ribbon between the remarkable stadium and other sporting arenas that hosted events during the 1972 Olympics and several times subsequently. Notably, the stadium was the venue of the FIFA World Cup final two years later, the European Athletics Championships of 2002 and concerts by the world-renowned acts such as Michael Jackson, The Rolling Stones and Bruce Springsteen.

The most obviously striking aspect of the architecture within the Olympiapark is its roofing. Locals know it as the Zeltdach, or ‘tent-roof’. Translucent panels form a tensile structure that looks from a distance as if it has been draped like some immobile fabric over pylons and pulled into position by metal cables.

Stuttgart-based architectural bureau Behnisch & Partner, founded by Günter Behnisch, masterminded and realised the design of the buildings in the Olympiapark. The construction of Munich’s Olympic venues took place between 1968 and 1972. It was delivered in a timely manner.

In recognition of the outstanding work, Behnisch & Partner was awarded the prestigious Grosser BDA-Preis by the Association of German Architects in 1972. Visitors to the Olympiapark have the option of joining an architecture-focused guided tour to discover details of the design. 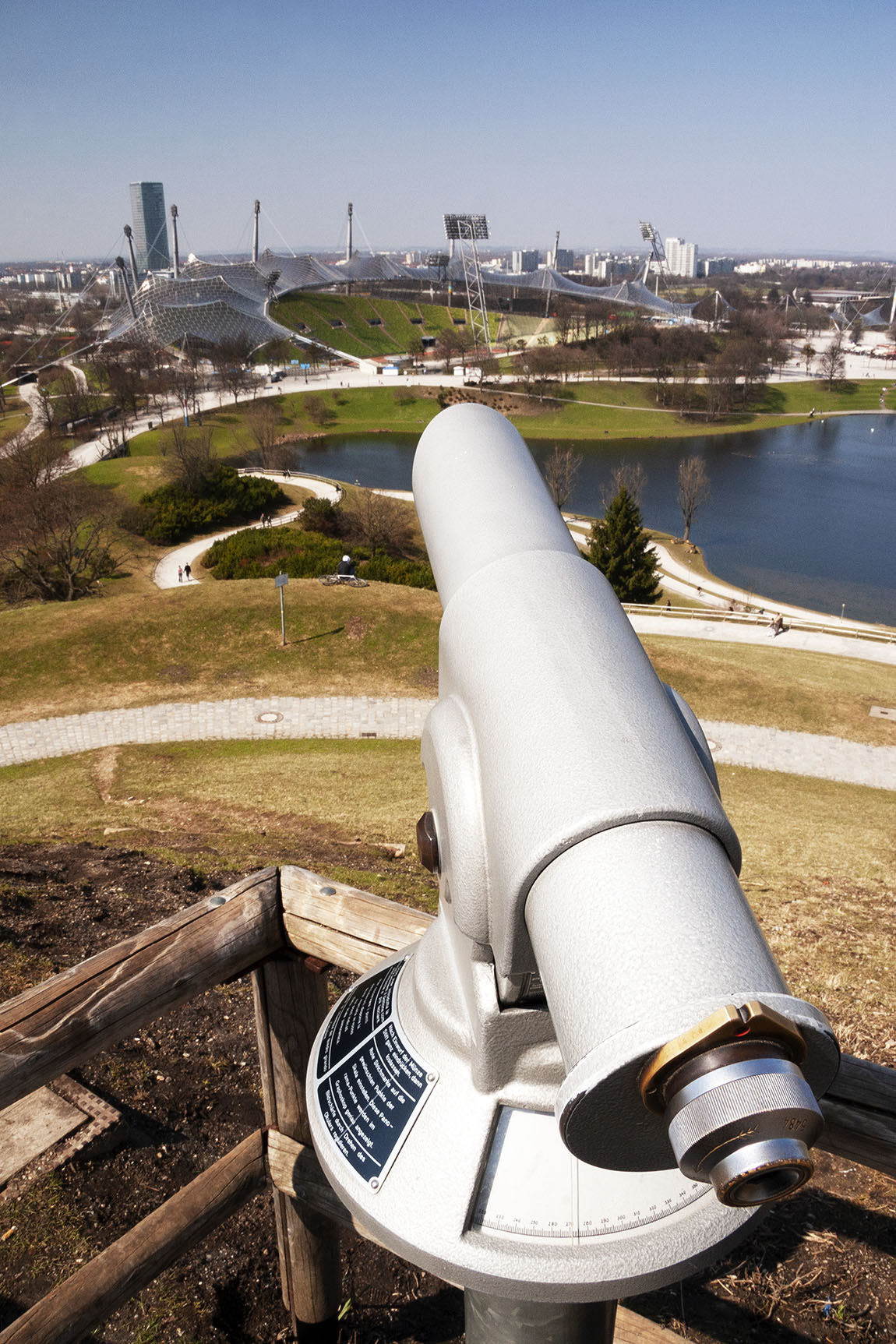 The aesthetically pleasing roof design was realised with input by Frei Otto, the architect and structural engineer who was posthumously named the recipient of the 2015 Pritzker Architecture Prize, the profession’s highest honour. Otto designed Germany’s pavilion at the Expo 67 held in Montreal, Canada, with tent-style roofing.

Visitors to the Olympic Stadium, which could seat approximately 80,000 spectators during the 1972 Summer Games, can don a safety harness and take a closer look at the roofing during guided tours. A zipline is one way of descending following the tour, or it can be booked as a standalone activity.

The aquatic centre, known locally as the Olympia-Schwimmhalle, offers visitors the opportunity to swim in the 50-metre pool where Spitz and Gould became sporting legends. The building also features a diving pool with a ten-metre board, plus a well equipped fitness centre and a smaller, child-friendly pool. After a day of sightseeing in the Olympiapark, the centre’s sauna area is ideal for unwinding in and relaxing tired muscles.

The arena in which Korbut won her medals is now a multi-use venue. In addition to equine sports, it will host the likes of Machine Gun Kelly, Böhse Onkelz and Billy Idol during 2022. It stands a short walk from the ice arena that predates most of the buildings in the Olympiapark.

The velodrome used for track cycling during the ’72 Olympics was demolished in 2015. Construction of a new mixed-use sporting arena capable of seating up to 11,500 is currently underway. Completion is anticipated in the latter half of 2023.

That evolution is helping to ensure that the Olympiapark lives on and its use continues by a new generation of spectators and sports people. 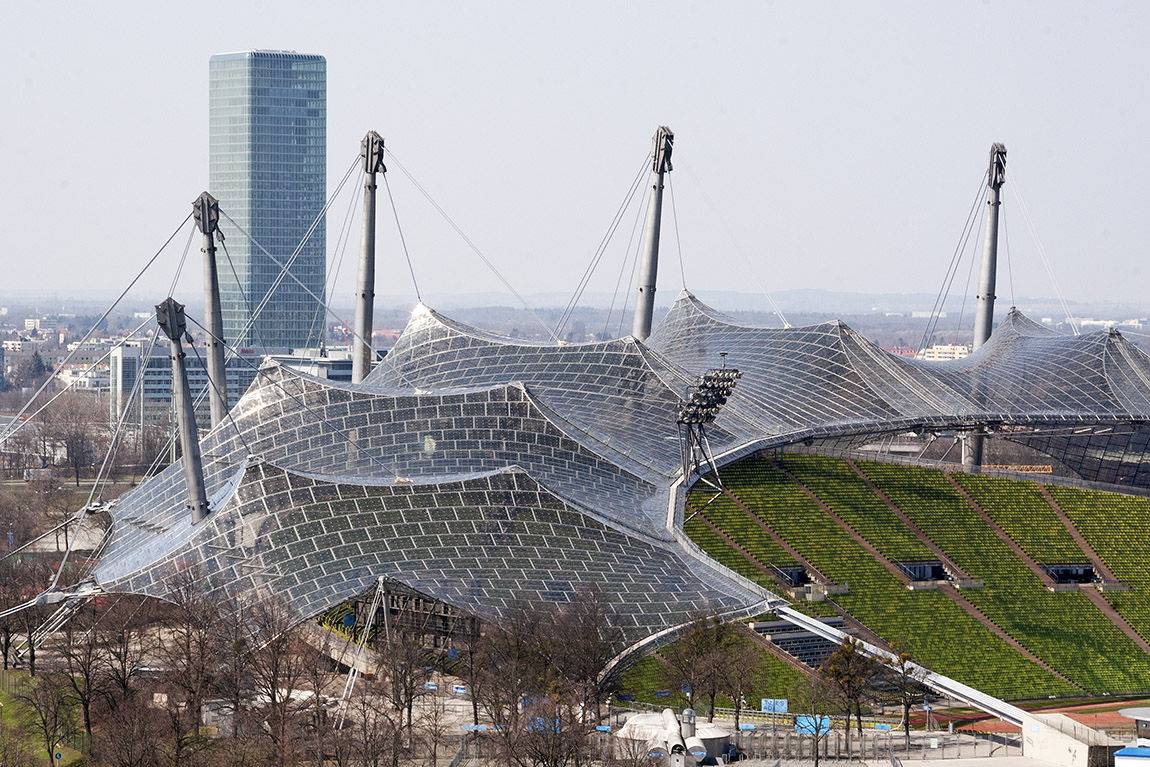 Benita Bailey: ‘THERE’S A LITTLE BIT OF YOU IN EVERY CHARACTER’ 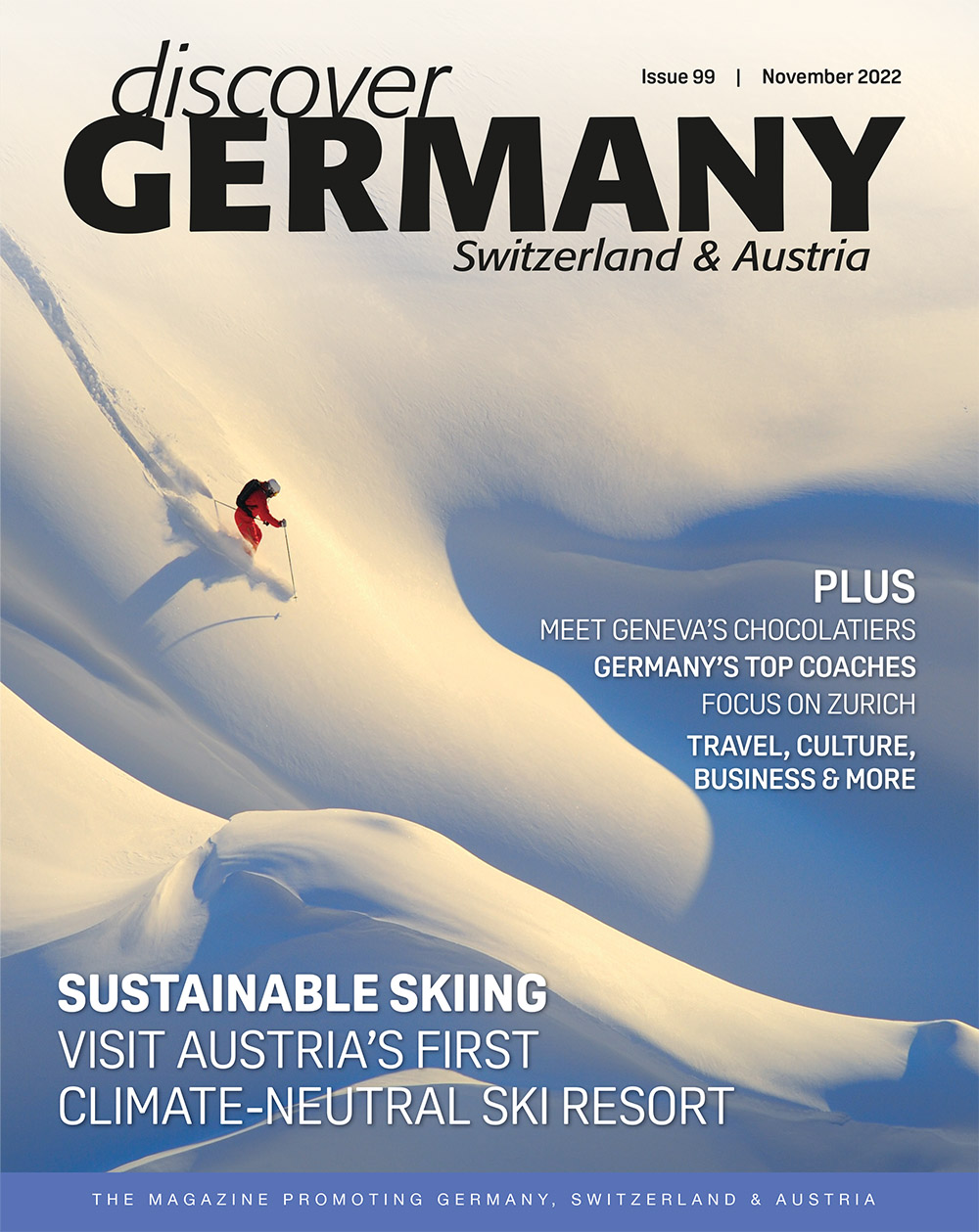