E tymologically deriving from the Greek term ‘chief builder’, the architect nowadays is often seen as a mere source for aesthetic input, while the general planning process is often separated or outsourced due to its more theoretical and technical-oriented nature. However, regarding the rapid demographic and economical change of and within urban areas, it is of importance to reintroduce the idea of planning as a natural part of the architectural process at large, eventually resulting in the harmony of form and function.

Renato Marazzi and Alfred Paul met in Chicago at the renowned Illinois Institute of Technology during their master studies. Both architects recognised their common urge to start an office of their own soon after finishing their studies. They complemented each other’s working styles well and while Renato brings in a knack for project development due to his family background, Alfred Paul concentrates mainly on the architectural issues. The duo won a competition in early 2006 for the housing sector. They quickly gained insight into the realities and the influencing factors that come with the building process. Today, after 12 years of working as a middle-sized architectural office, Marazzi&Paul stand on a solid foundation of expertise and know-how. With a deep understanding of the mechanisms of the building industry, their strong claim for professionalism is a given.

The architects foster a deep interest in the delicate process of coordinating all relevant impacts of a project. As Alfred Paul states: “We are fully convinced that a mindful and conscientious orchestration of all the factors that influence a project will eventually lead to a coherent project.” The respective impacts, no matter if of economical, sociological or aesthetic nature, are being discussed and analysed in an interdisciplinary team and then carefully translated into an architectural concept. “These concepts,” says the architect, “stand for themselves, always relating to the location and never following any architectural trends.”

Marazzi&Paul clients stem from both the private and public sectors. Swiss and European institutions also often approach the office to support project developments. “Ideally, we are being involved upfront, long before a project is concretely defined,” says Alfred Paul. The initial phase allows to clarify both legal issues and utilisation options for potential building projects, as well as participating in strategic planning. “That way, we gain the trust of our clients at an early stage, thinking beyond purely architectural topics, and meeting the needs of the builders by making them our own.” 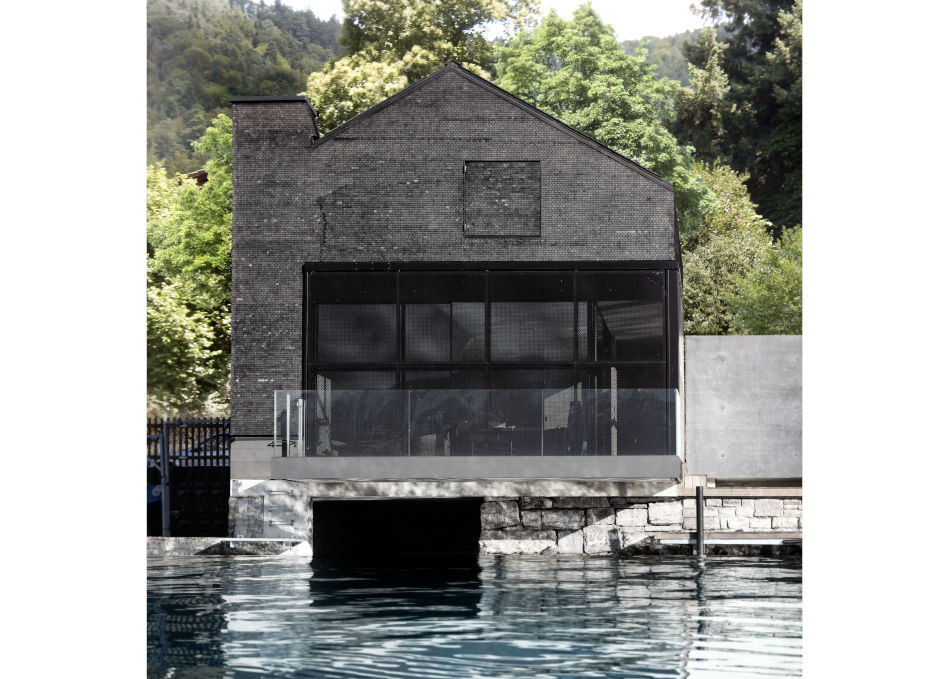 An award-winning concept, apparently. Small in size, the Hilterfingen boathouse at Lake Thun, realised together with long-term partner Rychener Zeltner architects in 2014, has become a prize-winning champion already. With no less than three awards, the design unites two extreme opposites: a protecting, closed shell towards the busy road and a transparent opening towards the lake. The material topic of wood has been applied to both the interior and the façade. Warm hues dominate inside, displaying a particularly homely atmosphere. Due to the limited available floorspace, the equally wooden built-in seating doubles as storage space. An accentuation of the form language is achieved through the homogeneous façade, the smooth transition between the wood shingle covered wall – a Swiss classic – and the slated roof. The dark colour of the entire shell supports the harmonious overall appearance. With the shutters closed, the look underlines the sculptural characteristics of the building. 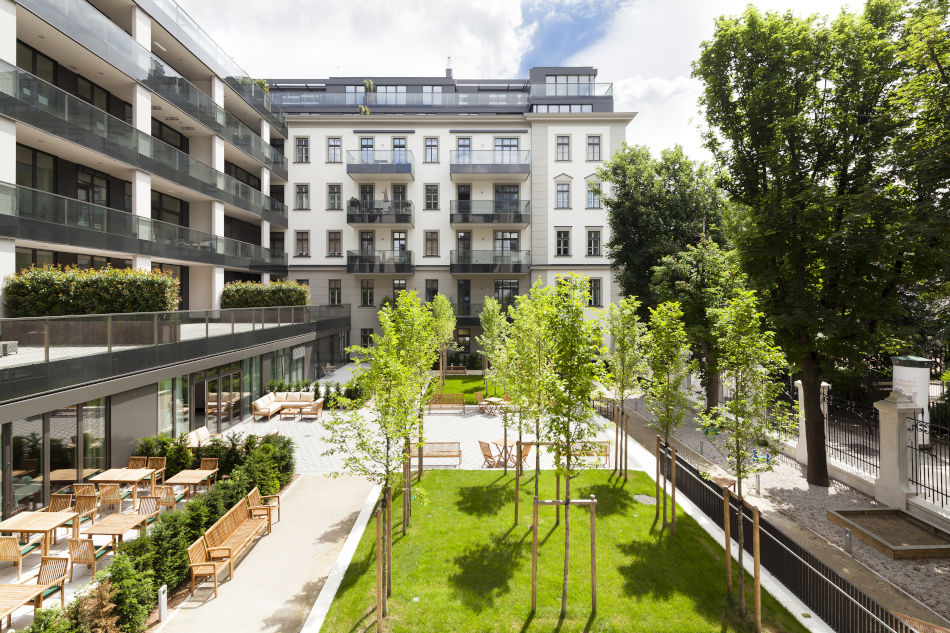 From small to large: ‘Das Hamerling’ is a Vienna Gründerzeit building complex, and was originally home to the Imperial and Royal Cartographical Institute at the turn of the 20th century. Another award-winning project for Marazzi&Paul, the architects are responsible for the entire planning and revitalising of the picturesque urban complex, now consisting of 140 apartments in total, including multi-family homes, senior residencies and several practices. Marazzi&Paul succeeded in mastering the balancing act between historically accurate refurbishment and elegant modernisation. With the complex keeping its traditional façades, the building interiors feature modern aesthetics and have been adapted to the requirements of the 21st century. 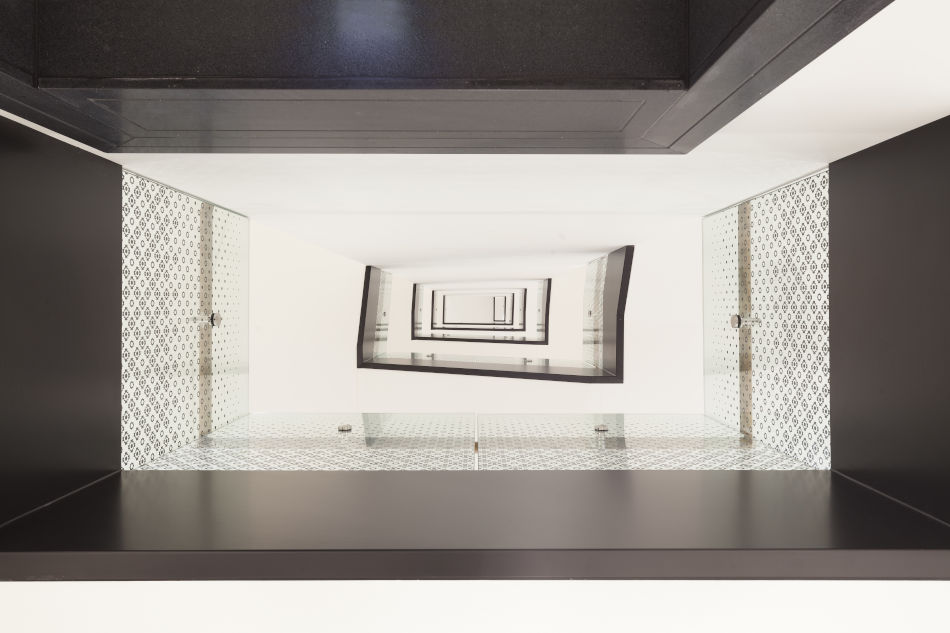 The recently finished 3M EMEA company headquarters in Langenthal form another large-scale project for Marazzi&Paul, which took four years of realisation (planning and construction) after winning the first prize at the 2013 competition. Aesthetically oriented on its industrial surroundings, the design shows a façade with overlapping gray and red hues reminding of the Swiss railway colours, a creative link to the genius loci with the railway station situated opposite of the building. Inside, the office building is marked by variable, open layouts and transparency, with a high number of meeting spaces, small and open plan offices, on a total of 6,000 square metres of floor space.

Another major Marazzi&Paul project recently finished is the Sonnenarena development in Langnau, Emmental, where the architects have built 62 private and 34 rental apartments through a direct commission of a real estate company. The development will be marked by a lot of greenery. With nine buildings in total featuring a light, friendly colour scheme and three subterranean car parks to reduce traffic in the development, the family friendly aspect of the superstructure is enhanced by a park and a generously laid out playground. 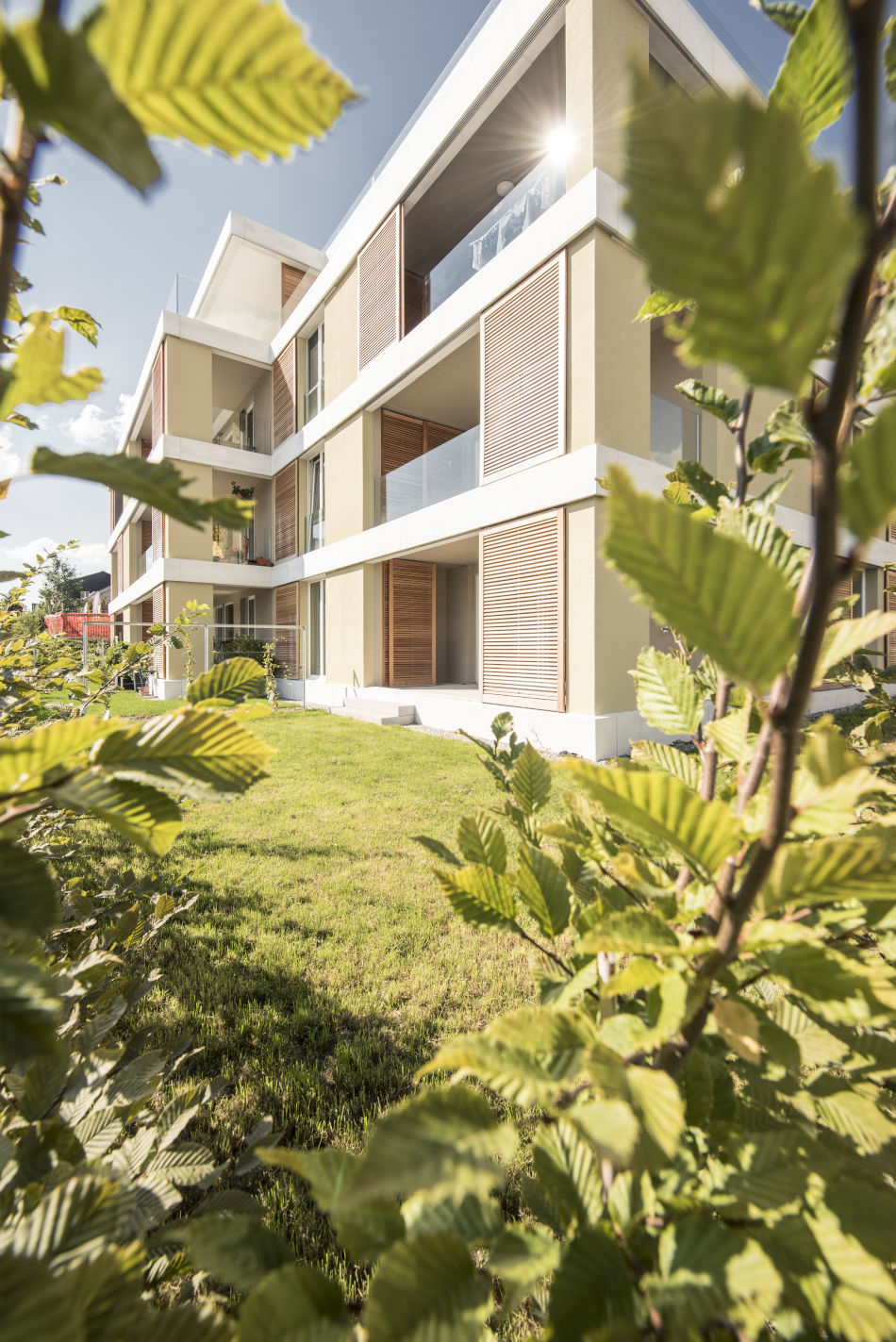 The Schönburg project in Bern is another one to keep an eye on. Here, Marazzi&Paul will take over the reconstruction of the former General Post Office, turning it into a three-star hotel and apartment complex, financed by Swiss Prime. Saving the Schönburg structure, originally designed by Theo Hotz, the revitalisation will feature a new façade and a completely new building technology. The project will be carried out in collaboration with the Theo Hotz Partner AG. 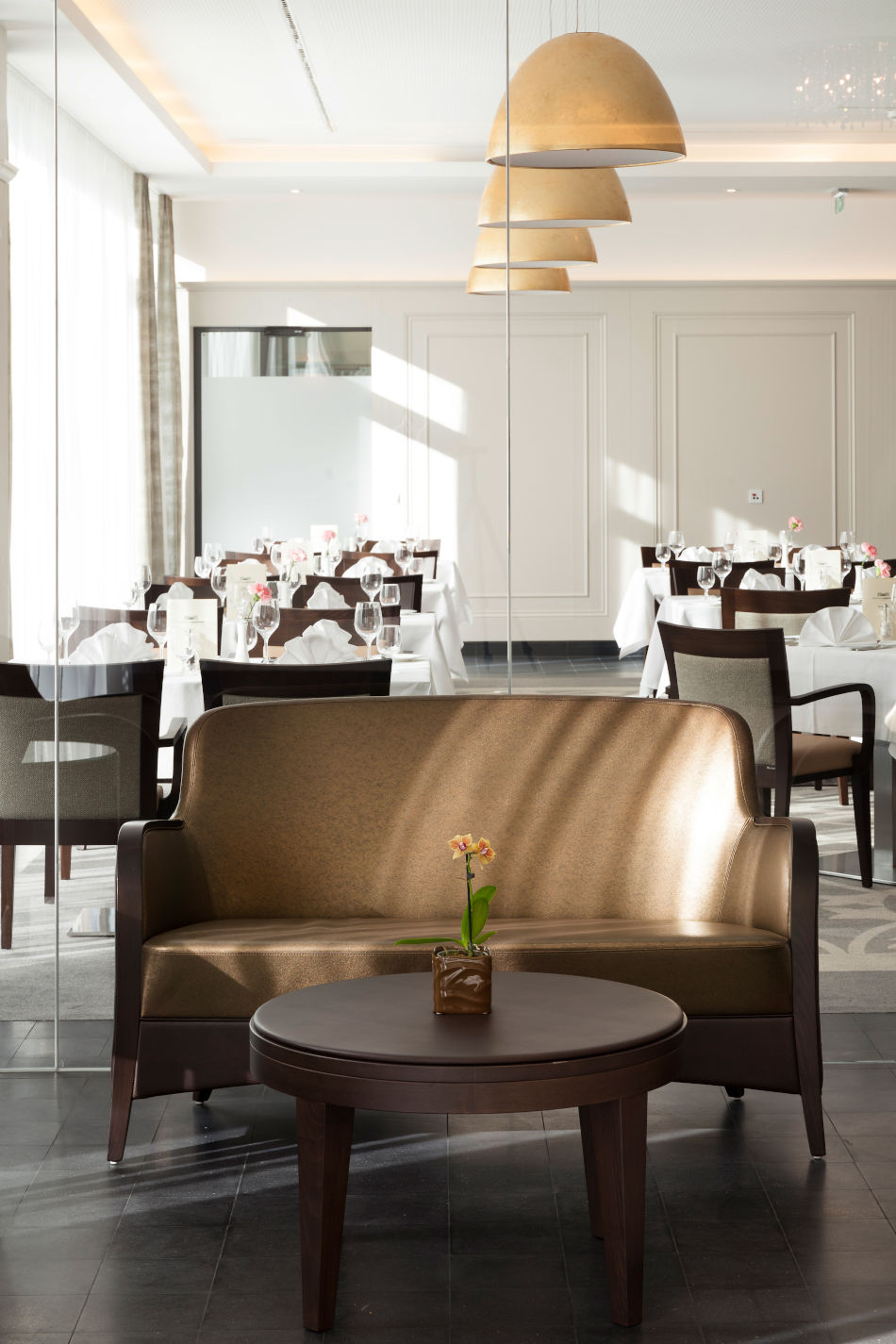 This year is a promising one for Marazzi&Paul. In fact, it has already started out well with the office recently winning a large urban development competition in Regensdorf near Zurich. The realisation will include the construction of 200 apartments as well as service and commercial buildings. The goal of this development will be to create affordable housing within the Zurich greater area, an urgent topic for metropolitan areas and urban housing which affects the architectural sector all across Europe and the DACH region. Marazzi&Paul will function as general planners for the entire project. As Alfred Paul states: “This is another example for the future involvement and influence of architects in the planning process, instead of being reduced to the specialist for aesthetic questions only.” 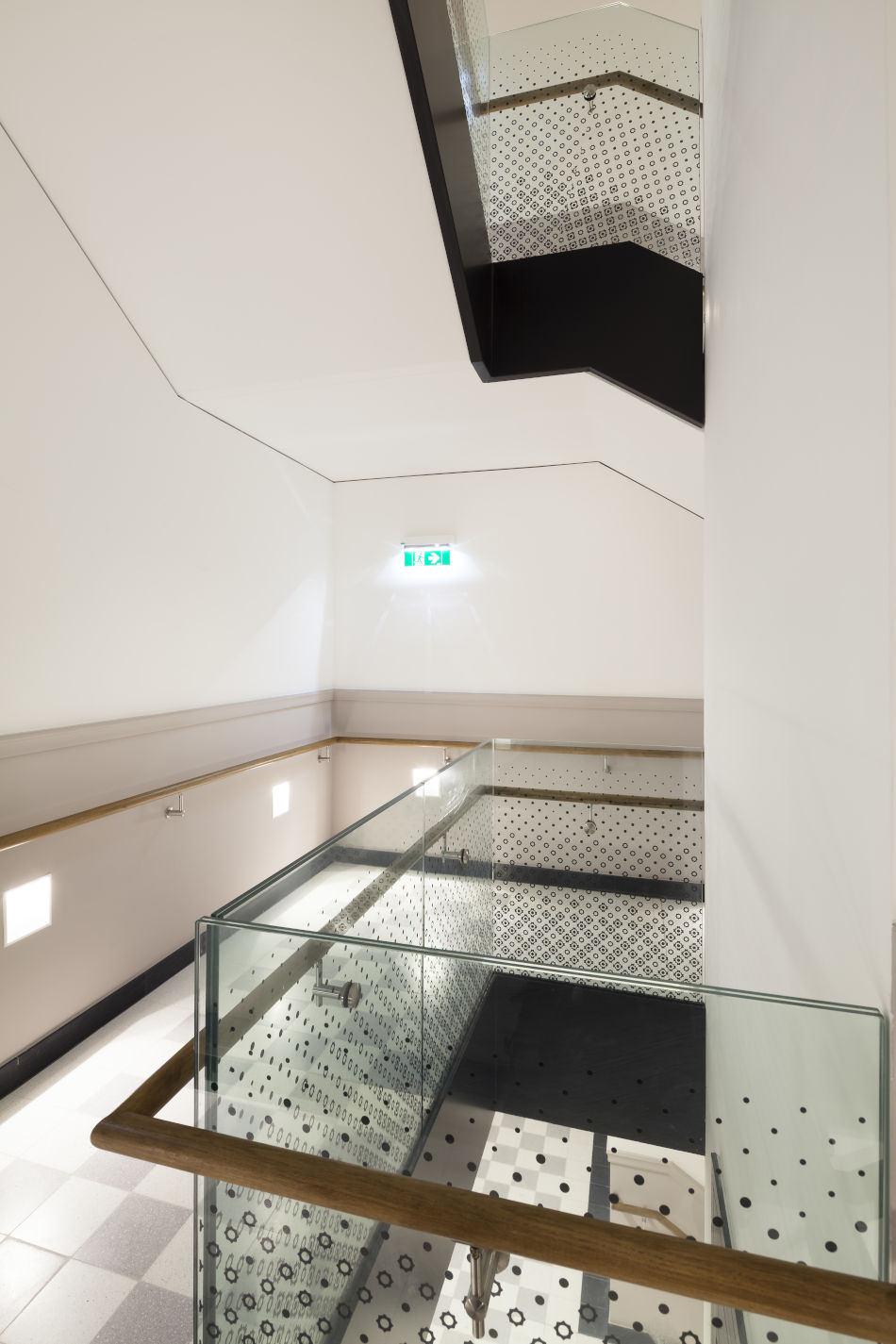 www.marazzi-paul.com Read the feature on issuu