“Architecture is not a closed system – it is developed specifically for each task with regard to its respective context.” DGJ Landscapes derive from a deeply rooted architectural influence with an international background. At the same time, they strive to involve local communities in their projects to a high extent.

Founded in 1999 as Drexler, Guinand and Jauslin Architects in Frankfurt, Zurich and Rotterdam,
DGJ forms an enterprise ‘born global’. With a great deal of experience won with both public and private projects realised in Switzerland, Germany, the Netherlands and China, the office has since gained much attention, winning multiple first prizes in competitions and many awards for their realisations. The Frankfurt-based branch today acts primarily in the field of sustainable design and energy-efficient buildings (DGJ Architektur GmbH), while the Zurich and The Hague offices have put a strong focus on landscape architecture over the past five years.

From architectural composition of a landscape through to the fabrication of its details, DGJ strive to apply sustainable thinking as well as conscientious craftsmanship: “Good architecture and landscape design affords a multilayered, culturally anchored perspective as well as a strategic, flexible design methodology.” Landscape design becomes a concept of creating a spatial connection between human being and environment. To achieve that, DGJ Landscapes like to include future users upfront – for example with their Zeeheldentuin project (realised with their own neighbours) near The Hague. Through the initiative of the residents, a former school ground was transformed into a thriving community garden, with the realisation passing “through many hands at many kitchen tables”.

In 2006, a fire had destroyed the Maria school of the Zeehelden borough, a lively part of The Hague between the Peace Palace and the city centre. The community garden design, created with the input of the community between 2012 and 2015, gently follows the residents’ interests by putting them into a form that remains playfully flexible. Raised garden beds for example are designed as labyrinths, in which children can roam freely without any danger of trampling down the seedlings. Sustainable solutions were integrated into the organic gardening concepts, such as a water course with hand pump, compost piles and many inventive applications made of recycled materials. Parents and children took part in the construction of the gardens on especially organised creative days.

The Brisgi area design for a development in Baden, 20 kilometres downstream from Zurich, also features the theme of community-based landscaping. Together with the architects Müller Sigrist and Meier Leder, DGJ Landscapes won the 2016 competition for the design of a composition with three clusters of communal housing, which create open sights while connecting on three levels towards the river Limmat. The project will feature more than 150 apartments for varied target groups, with differentiated communal and public open spaces in a natural environment overlooked by a great number of balconies. The project is set to be finished by the beginning of the next decade. 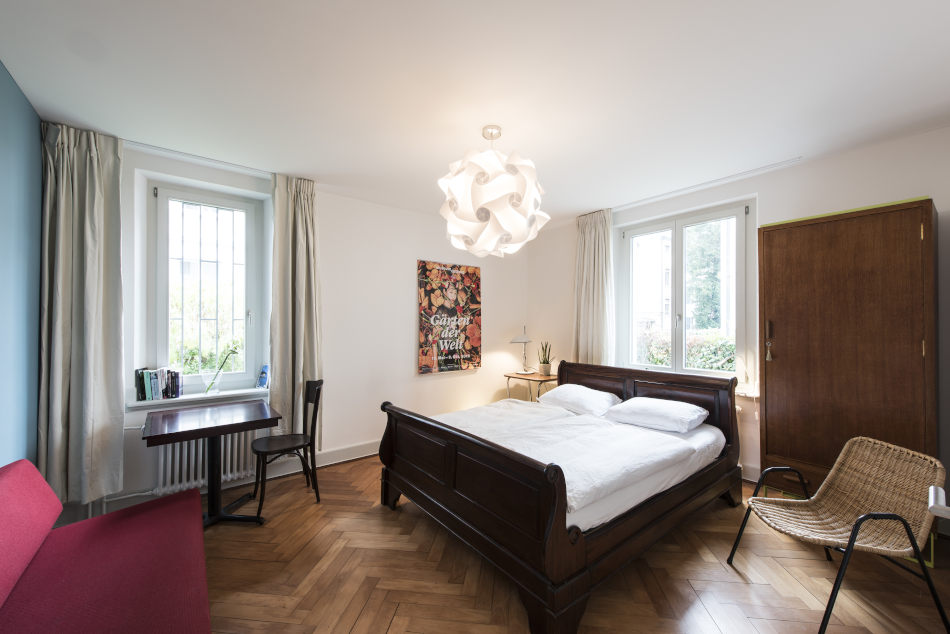 Lately, DGJ Landscapes have turned to combining travel with housing. With the aim of connecting people with the locality they are visiting, a semi-private hospitality concept was born. First realised through a successful restructuring project for a vacant Rotterdam building, the concept has now moved to Zurich where, in collaboration with architect Caspar Wellmann, the Zurich Guesthouse Parques Rietberg project was launched last Christmas.

Eight rooms have recently been equipped with hip Dutch vintage furniture items – surrounded by several parks on the Rietberg and in walking distance to the centre of Zurich. As to not permanently remove the house from the tense Zurich housing market, the concept is designed in a way that it remains available to be rented on a long-term basis as a normal apartment – and as such it feels homely to guests. 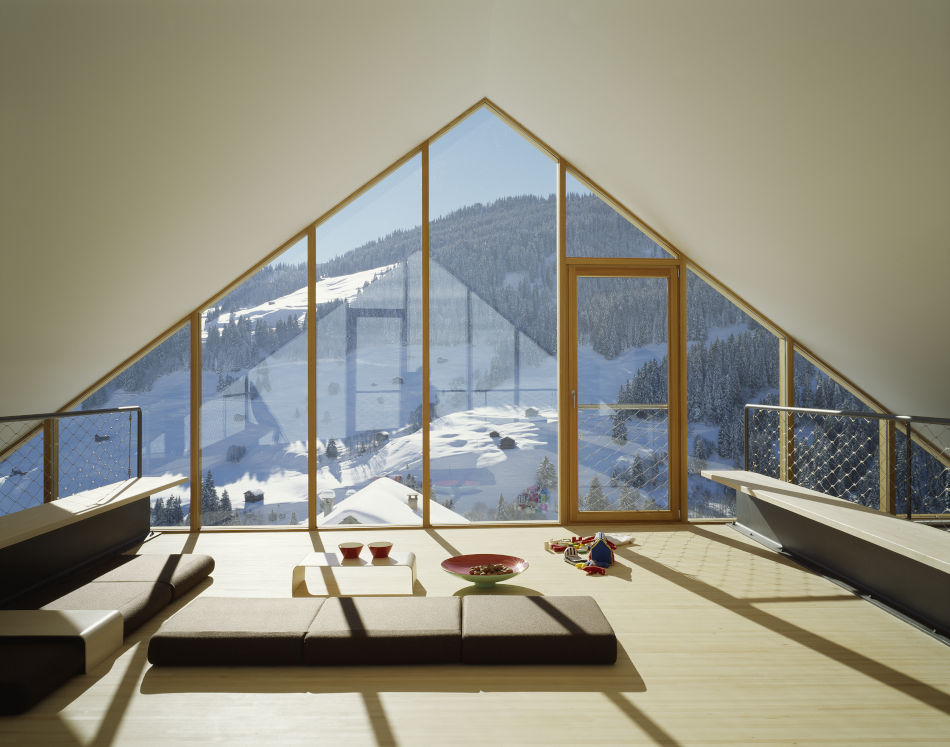 The mix of local residents and guests is a concept that has slowly found its way into Swiss and European cities and has proved to be more rewarding for both sides than hotels in many cases. Architect Daniel Jauslin reveals that it was his own extensive travelling that gave him the idea. Unable to set roots in a hotel, he mused on a way of making frequent travellers feel more at home at their destination, and thus the Parques concept in the form of an easily accessible, pop-up guesthouse project was born. The Rotterdam premises at the expansive parks of Kralingen and Rozenburg by now have been sold to a large family and the entire stylish interior was transferred to the lately restored Zurich dwelling. Here, Mascha Leummens, who already successfully managed the Rotterdam guesthouse, welcomes the curious visitor. Apart from the attraction of the stylish yet cosy interior, the incredibly green surroundings feature actual sheep, grazing at the orchard near the house. Could anything make one feel more at home in the city?

For those weary of urban life, the Parques project also includes a bookable chalet in the Swiss mountains. The Spiral House in Pigniu was one of the first houses built by DGJ back in 2004.

Not only did the Parques Rotterdam interior make its way to Zurich; DGJ Landscapes will also move their headquarters back from The Hague to the Zurich office later this year. Those are the merits of an architectural office ‘born global’, and acting local: you can always move the focus to where it is most needed. 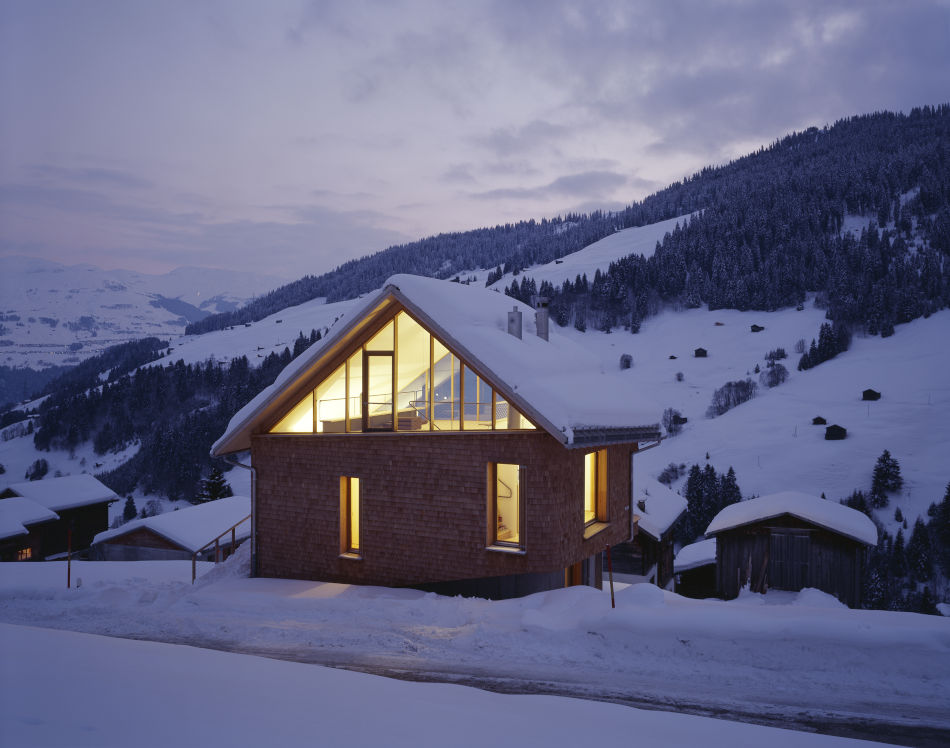 www.parques.ch Read the feature on issuu