L abyrinth of Lies, Homeland, Inglourious Basterds, Young Goethe in Love – the list goes on. Alexander Fehling has made it big on the international stage. Discover Germany speaks to the German actor about his love for acting, his dream role, why Berlin is his favourite city and much more.

Born in East Berlin in 1981, Fehling quickly noticed that acting was his passion. “There simply were no other dream jobs for me and I’m afraid I can’t do anything else,” he smiles. “I have always felt that I am very lucky to know what I want to do, what I must do.” Thus, from 2003 until 2007 he studied acting at the Ernst Busch Academy of Dramatic Arts in Berlin which only takes on 20 to 25 new students a year. During his studies, he landed roles in big theatre productions such as Die lustigen Nibelungen or Glaube Liebe Hoffnung. For his role as the prince in Schneewittchen (Snow White), he received the O.E. Hasse Prize of the Academy of Künste. Since then, his face has been seen on many national and international cinema and TV productions and the list of his film directors, which includes Thalheim, Breloer, Tarantino and Bully, reveal the actor’s broad range of talents.

International breakthrough
After Fehling played German Master Sgt. Wilhelm in Tarantino’s Inglourious Basterds, the international breakthrough was not far behind. When asked about how he prepared for the Hollywood blockbuster, he replies: “Not much at all. The text and the greatest possible freedom were the most important factors in this case. As opposed to other roles, there wasn’t a huge pile of material that I had to work through in advance.” Appearances in Young Goethe in Love or in the terror drama Wer Wenn Nicht Wir, where he played Andreas Baader, followed and it was quickly noticed that the handsome actor loves to play serious and profound characters. This can also be seen in Labyrinth of Lies – a film that represented Germany as its entry for the foreign-language film Oscar. Here, Fehling plays a hot-headed Frankfurt prosecutor in the 1960s who seeks to bring 22 former Auschwitz officials to trial. In season five of the American TV series of Homeland, Fehling further plays a legal counsel to a German philanthropist alongside CIA agent Carrie, aka Claire Danes. Fehling says: “In comparison to working on a movie, I didn’t know how the storyline of the season would develop, while working on Homeland. You often only get the scripts two weeks before filming and sometimes even nearer to the date. But this definitely also has its charm.” 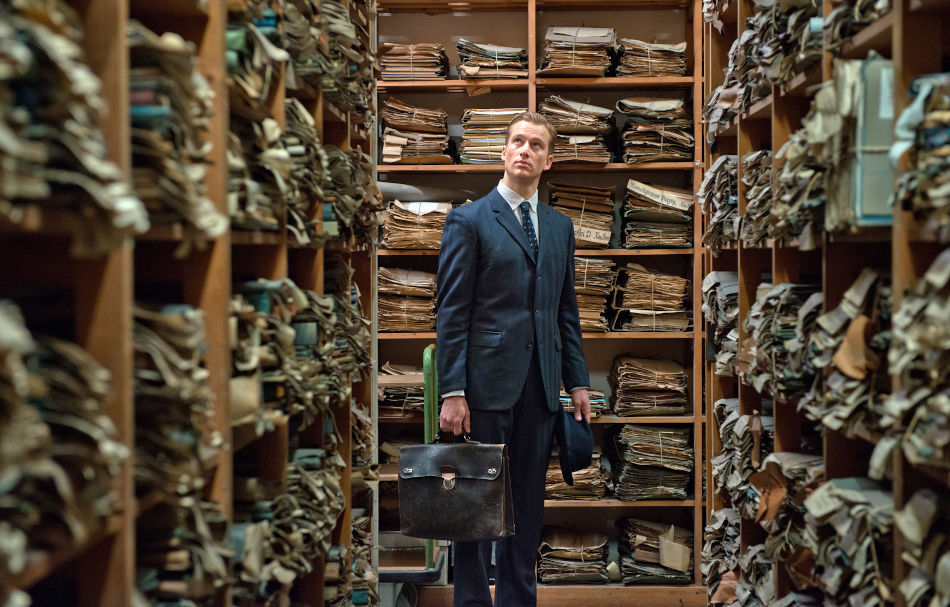 We ask why more and more German actors seem to be used on an international level. Fehling explains: “It’s globalisation. The so-called ‘networking of the world’ probably also reflects the storylines of films. And this obviously opens up new horizons too.” Despite his many roles on international film sets, Fehling still resides in his hometown of Berlin. “When you travel a lot, you really notice how well we live in this city. In many other metropolises people have to work so much to be able to reasonably afford their own livelihoods. Berlin is still so unfinished and this is often actually the most beautiful state. And then I obviously experienced, tried, missed or explored so much for the first time in this city,” he smiles.

The roles Fehling chooses to play reveal that he is certainly one of the most versatile and successful German actors in the country. Thus, it seems no wonder that awards and nominations keep flooding in. For example, he was nominated for Best Performance by an Actor in a Leading Role at the 2011 German Film Awards for Young Goethe in Love, he won the award for EFP Shooting Star at the 2011 Berlin International Film Festival, as well as the Best Actor award at the Bavarian Film Awards for Labyrinth of Lies in 2015 and he was also nominated twice as the Best Actor – National at the Bambi in 2011 and 2015 amongst others. According to GQ, he also was the ‘most stylish German in 2013’.

“I search for characters that live their own lives”
Even though Fehling was also seen in the comedy Buddy, he seems to prefer serious roles. But why is that? “I’m simply interested in an interesting storyline,” Fehling answers. “And that needs a drama. I sometimes get the feeling that in Germany, we often misunderstand this word in conjunction with a movie. I mean, it doesn’t mean anything else than a storyline. And this needs a conflict. That’s the foundation of each story. I don’t necessarily search for serious or profound roles but I search for a character that I don’t immediately understand and that lives its own life. This can also be found in comedies; for this, just have a look at Denmark’s comedies. But if a screenplay already explains everything then I fall asleep. If I ask myself how I can possibly realise it, then I wake up.”

Just recently, Fehling filmed in South Tyrol with Jan Zabeil – a film to look forward to in the near future. The movie is about a man who fights for an eight-year-old boy as the stepfather. One day, both decide to go on a hike through the mountains and end up in a situation through which the duo get to know each other and themselves in a totally new way. The female lead role is played by Bérénice Bejo from The Artist by the way. Having achieved so much already at the young age of 35, we want to know what dream role Fehling has: “Well, my absolute dream role is one that I have never heard of, one that I don’t expect at all and one that simply ends up in my letter box.” He adds: “And I really want to act in the theatre again.” Certainly a dream that leads back to his roots.