Daniel Cole is trailing the Rotweinwanderweg, a soaring vineyard hike through medieval villages sampling globally renowned wines and culture for our August issue.

The remote Ahr Valley in Germany’s Eifel region is a treasure-trove for both wine enthusiasts and nature lovers alike. The intertwining steep tributary that feeds into the Rhine has long been a tourist hotspot, albeit for those who know about its secret charms. Nestled up high among the vineyards sits the Rotweinwanderweg, a 35-kilometre trail that threads together medieval castles, centuries-old monasteries, thermal spas, and of course, the award-winning wine producers that have made the region famous throughout Europe. 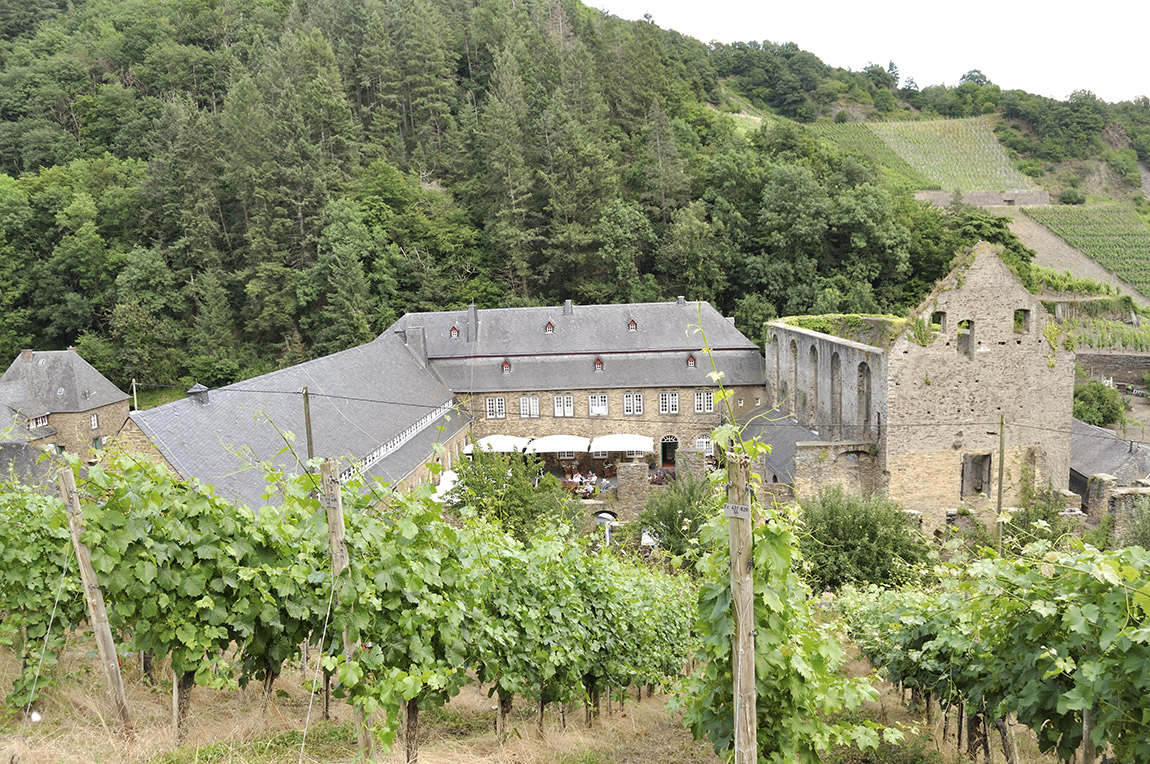 Located just 30 minutes north of the Moselle, the Ahr valley’s unique terrain and steep embankments make for some of the country’s best red wines. Sadly, it’s these same characteristics that contributed to the catastrophic floods of 2021 that caused untold damage, filling news channels worldwide with apocalyptic images of destruction.

One year later and the Ahr valley region is welcoming back tourists. Although the rebuilding work is ongoing, the restoration work that’s happened to date is impressive. Not only is the rail-line back up and running, but many restaurants and wineries within the villages are taking bookings once more. 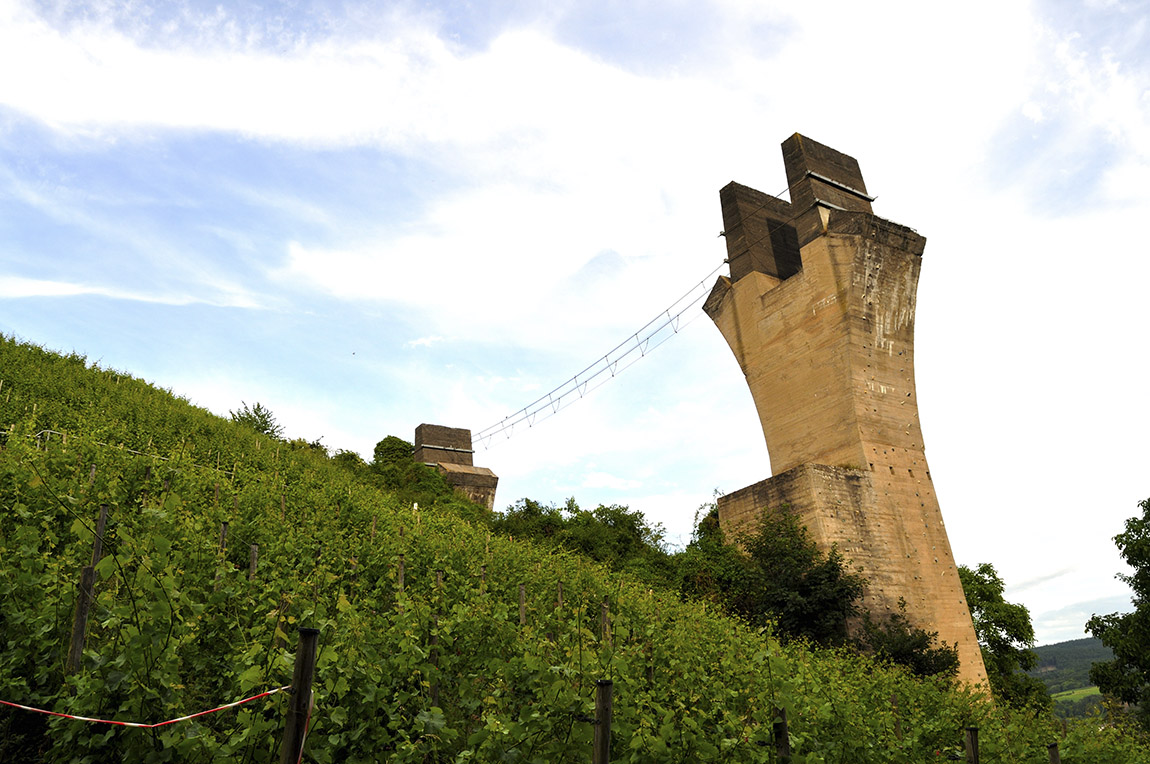 The Rotweinwanderweg, one the area’s biggest attractions, starts at the village of Altenahr, weaving its way through the villages of Mayschoß, Dernau and Ahrweiler, before winding-up in Bad Bodendorf. The wide and careering trail is suited for both hikers and cyclists, as it serves several breathtaking views across the valley.

Although smaller than some of the other wine-producing areas in Germany, the Ahr Valley is one of the country’s more prominent regions for red wine production. 65 per cent of the vineyards here are dedicated to the harvesting of Pinot Noir, which in turn means the area is home to some astounding German Spätburgunders, alongside the lesser-spotted and inventive Frühburgunder, an early-ripening mutation of the Pinot Noir which is particularly prone to this region. Due to the climate and soil of the steep hillsides, the wines of this area are emboldened with an earthy, darker, oak flavour, especially when compared to French wines of the same variety. 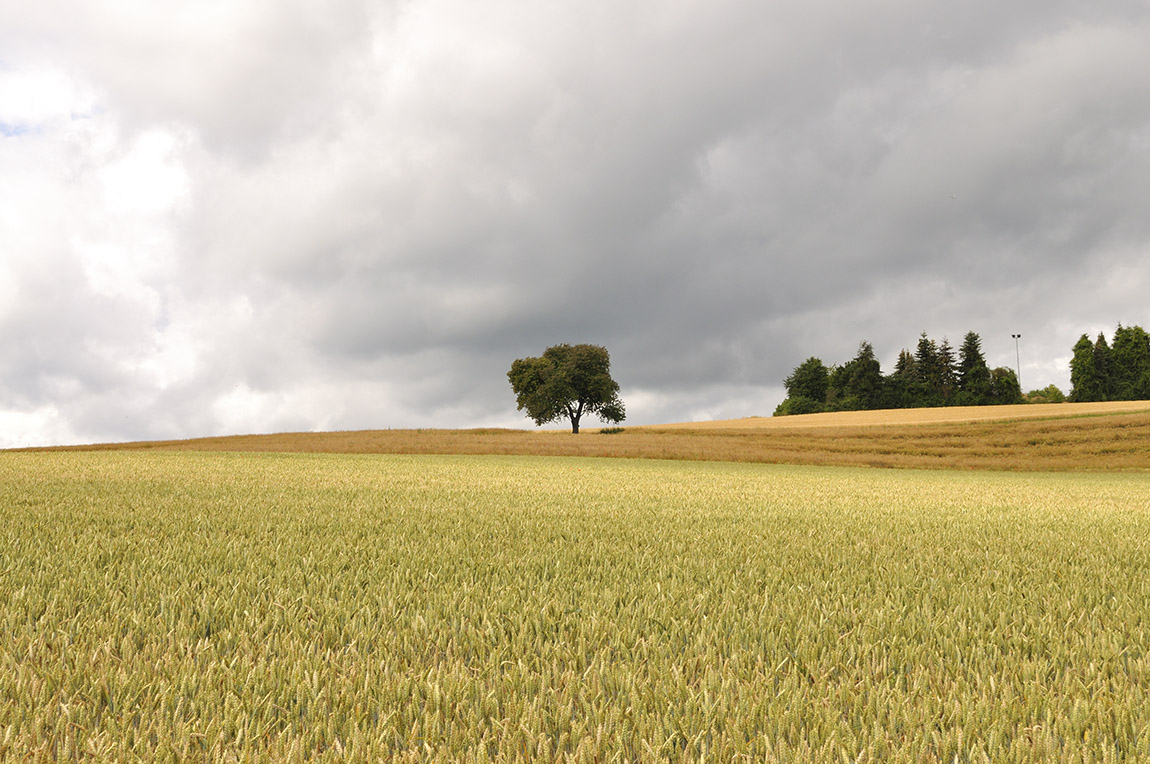 It’s not just the wine-culture that has lauded the area so much praise, but also the innovation and craft. For instance, the Ahr Valley region is also well-known for its ‘Blanc de Noir‘ varieties – sparkling white wines made from black grapes.

Across the soaring terraces you don’t have to venture too far off the unbeaten track to start sampling the wines. Around the village of Mayschoß there are a selection of excellent restaurants and ‘Weinguts’ to visit along the route. Some of the more prestigious wineries in the region — such as the Mayschoss-Altenahr collective — are still in the process of being rebuilt, so it’s worth checking their website to see when and where they will be trading from. 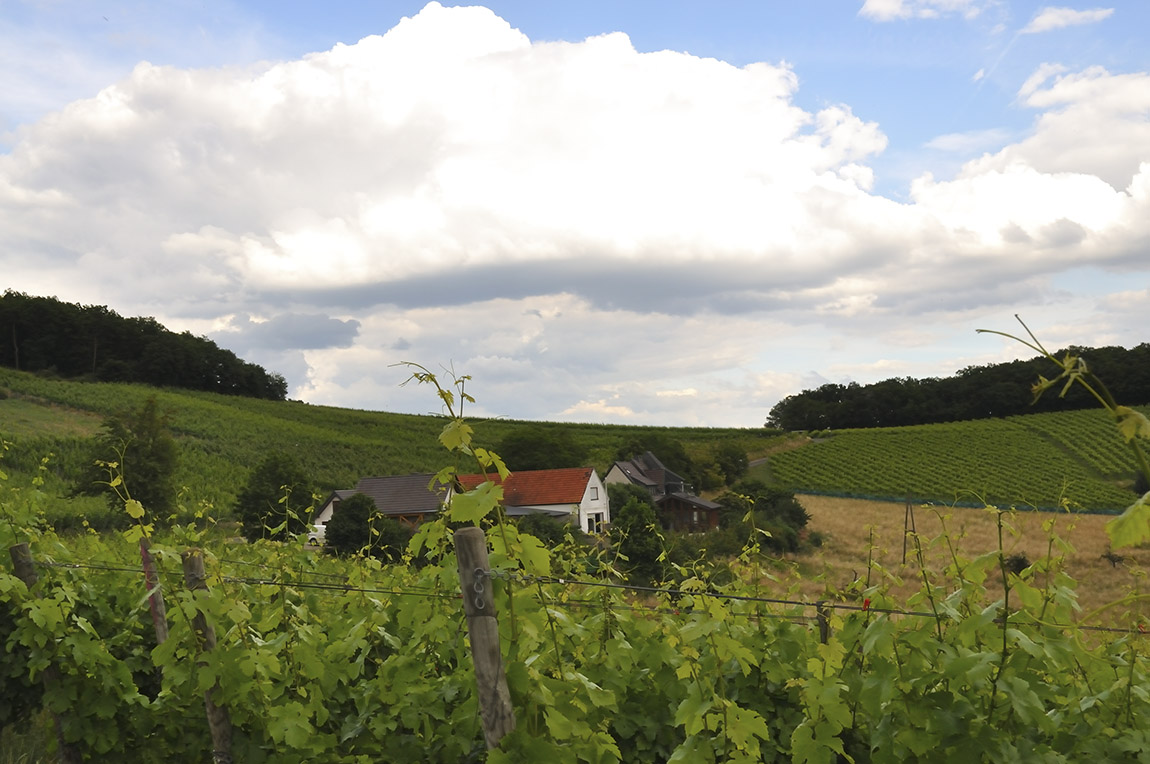 Outside Mayschoß, a wine-vending machine is perfectly positioned next to a view-laden bench, overlooking the church below and the towering medieval Saffenburg castle on the other side of the valley. Towards the old Roman town of Ahrweiler, the wine-road traverses around the Marienthal monastery (aka. Weingut Kloster Marienthal). Dating back to 1137, the old abbey remnants and garden grounds provide a picture-perfect setting to enjoy the wines and gastronomical delights on offer. Still with the floods ever-present in the community’s mind, the monastery’s shop has a wide selection of ‘flut-wein’ – wines saved from their water-filled cellars, still bearing the muddy, damp remnants from the previous year.

The immediate region around Altenahr also offers further reminders of the region’s history. Alongside a Cold War bunker, are two towering, incomplete viaduct pillars, leading towards a hillside tunnel that became sanctuary to thousands of residents during the allied bombing raids during the Second World War. Building a havem inside the same hillsides that provided them with the wine-based economy they thrived on for centuries, the Ahr locals emerged from their confines to rebuild their homes and businesses, something the modern-day locals are repeating, ensuring that the rest of us can continue to enjoy the exceptional hospitality and classic wines the area continues to offer. 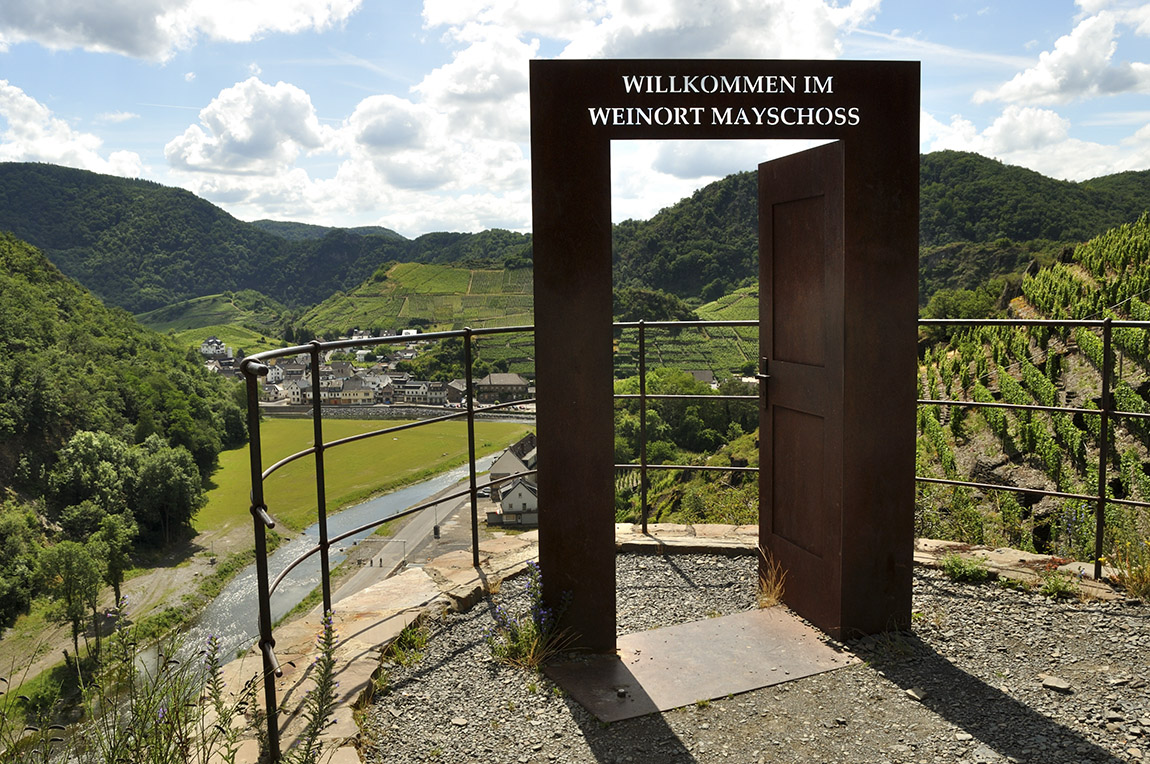